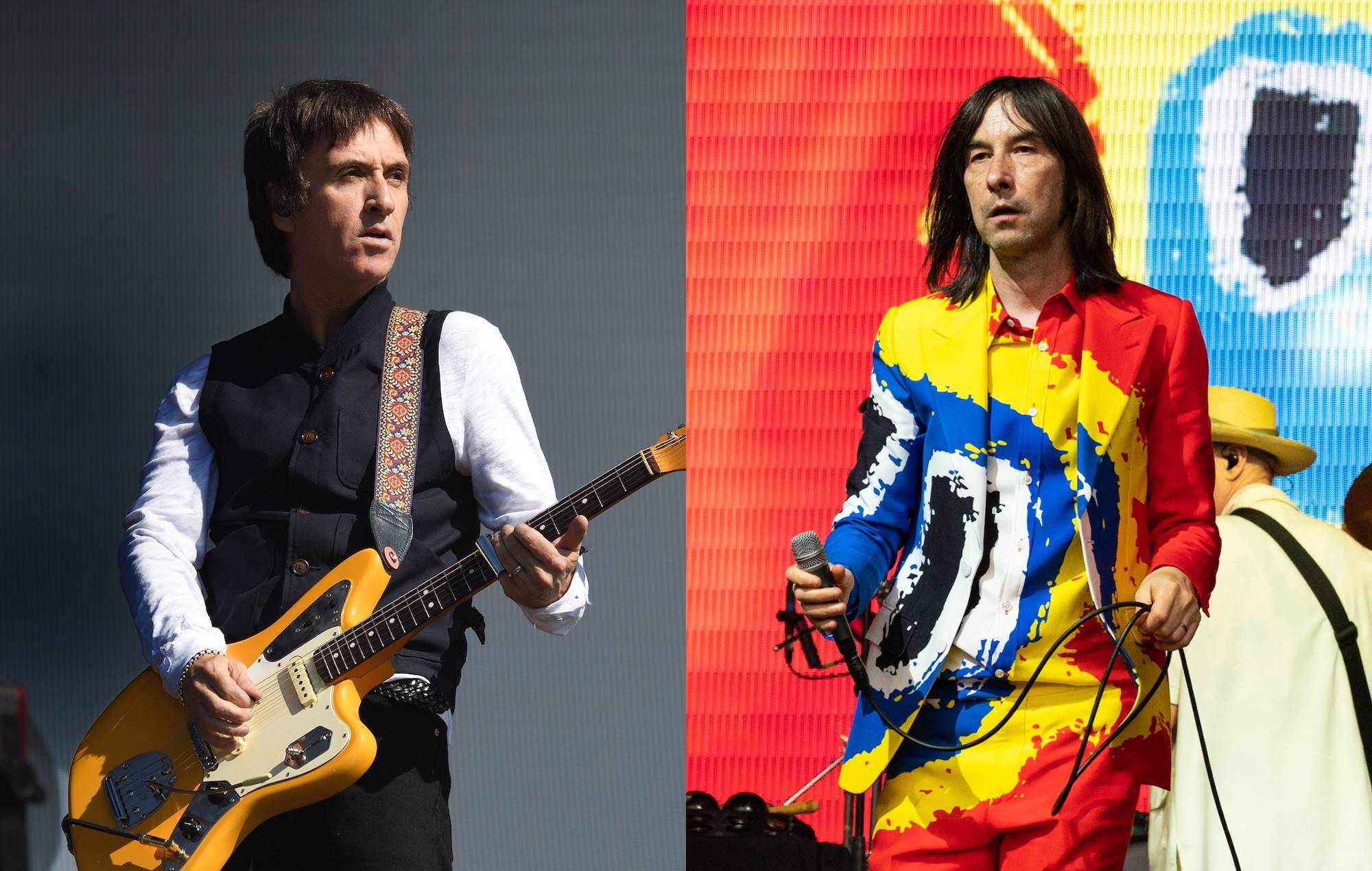 Primal Scream were joined by Johnny Marr for the encore at their huge London gig last night (July 16) – see footage below.

The band were playing their classic album ‘Screamadelica’ in full for a headline show at Alexandra Palace Park, and the former Smiths guitarist joined them for three songs in the encore.

After the ‘Screamadelica’ run-through was complete, Marr came out on stage to end the set with Primal Scream, playing guitar on ‘Jailbird’, ‘Country Girl’ and ‘Rocks’.

Marr has previously come out on stage with the band for performances of ‘Jailbird’ and ‘Rocks’ at Manchester’s Albert Hall in 2019.

The special guest appearance from Marr is the latest in a long line of on-stage collaborations he’s taken part in this summer.

Last week (July 9), he joined Pearl Jam on stage at BST Hyde Park for the second of the Seattle band’s huge headline gigs in London.

Marr appeared with the band when they sung ‘Throw Your Hatred Down’, a song that appears on the album ‘Neil Young And Pearl Jam’. Marr appeared for the song’s extended guitar solo, earning a rapturous response from the 65,000 in attendance.

The month prior, Alicia Keys brought Marr out on stage to cover The Smiths when she performed in Manchester.

The US R&B star was headlining the city’s AO Arena when she invited the guitarist to join her to perform one of the band’s classic songs.

More collaborations may yet be on the way too. In March, Marr revealed that he had been working on new music with Modest Mouse – his first collaboration with the band since his stint as part of their line-up between 2006 and 2008.

Speaking to NME at last week’s Mad Cool Festival in Madrid, the band’s frontman Isaac Brock updated fans on the progress of the collaborations, saying: “We talked about writing again, but we’ll see how that pans out. Our schedules aren’t necessarily aligning. I would love to write with him again and I imagine we’ll do it.”