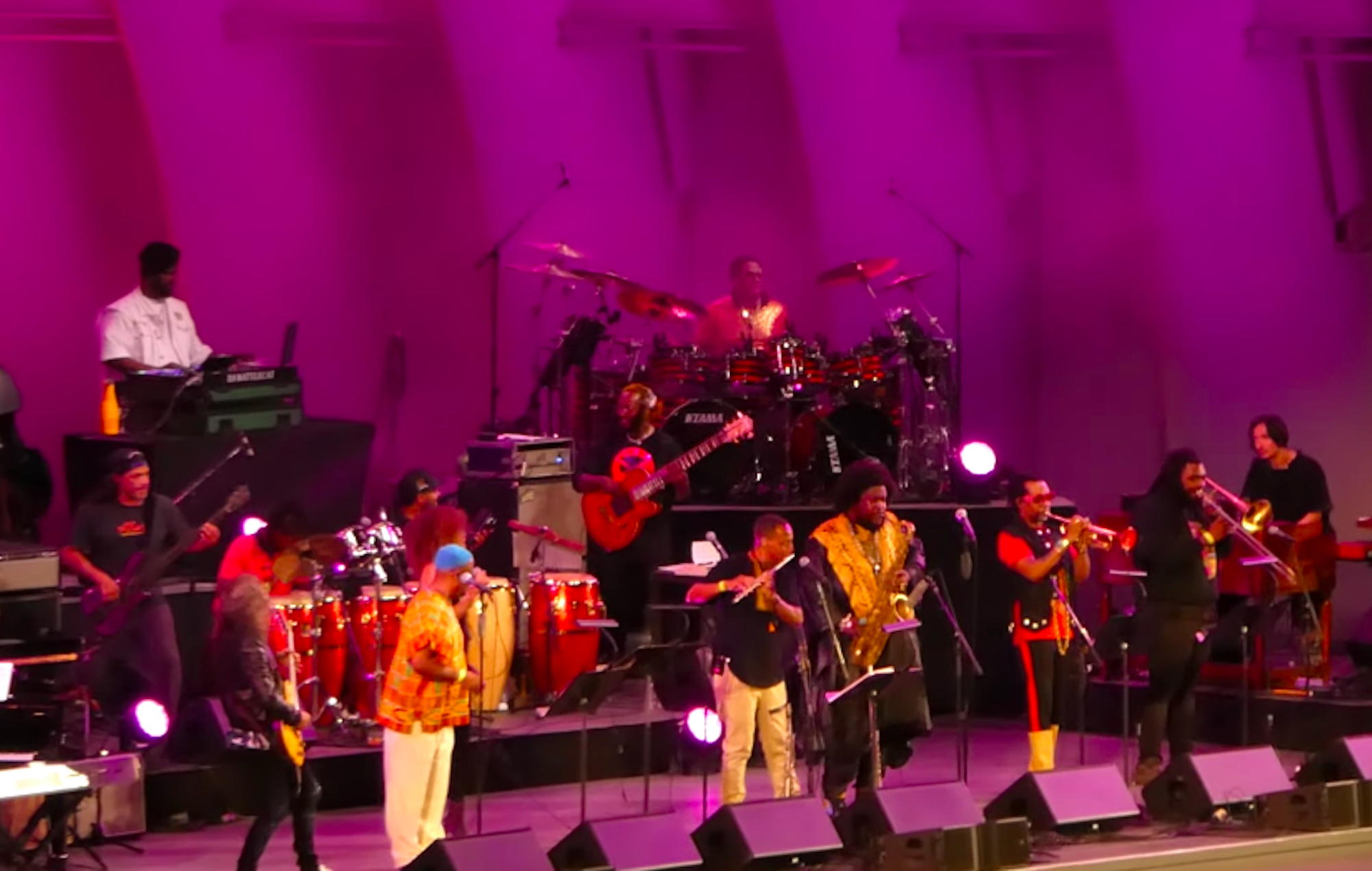 Kamasi Washington is a contributor to the forthcoming Metallica tribute compilation ‘The Metallica Blacklist’, and now the saxophonist has performed his cover live with members of the band themselves.

Washington debuted his rendition of ‘My Friend of Misery’ live at the Hollywood Bowl in Los Angeles, and Metallica’s Kirk Hammett and Robert Trujillo joined him onstage, along with bassist Thundercat.

Washington is one of 53 artists to contribute to the star-studded covers compilation, which is being released to celebrate the upcoming 30th anniversary of Metallica’s self-titled fifth studio album, commonly referred to as ‘The Black Album’.

Numerous tracks from the forthcoming compilation have been released already, such as Diet Cig‘s cover of ‘The Unforgiven’, Biffy Clyro‘s take on ‘Holier Than Thou’, and Sam Fender and St. Vincent‘s renditions of ‘Sad But True’.

The compilation was announced last month alongside Miley Cyrus‘ cover of ‘Nothing Else Matters’, which also features Elton John, Red Hot Chili Peppers‘ Chad Smith, WATT, Yo-Yo Ma and Trujillo. Other artists confirmed to appear on the compilation include IDLES, Phoebe Bridgers, Weezer and Mac DeMarco.

The special 30th anniversary edition of ‘The Black Album’, which includes ‘The Metallica Blacklist’, is set for release on September 10.