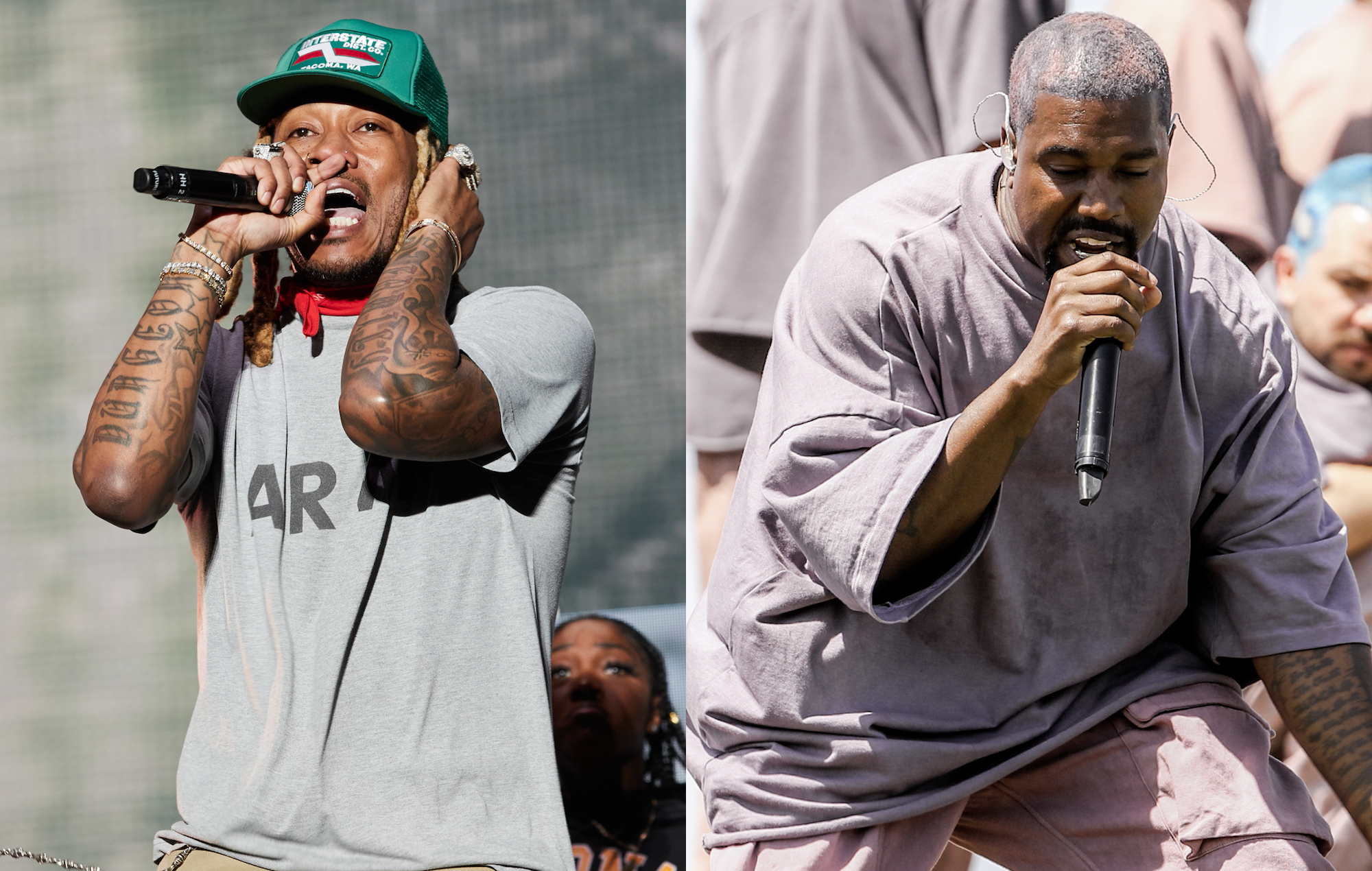 A little over halfway through his set at last week’s Rolling Loud California festival, Future whipped his crowd into a frenzy with a surprise appearance by Kanye West.

Riding hot on the heels of West’s ‘Free Larry Hoover’ benefit concert – which featured his monumental reunion with Drake after the pair put an end to their longstanding feud – the ‘Donda’ star strutted out to an eruption of cheers. He performed four of his own tracks, starting with ‘Graduation’ highlight ‘Can’t Tell Me Nothing’.

West then breezed through two cuts from ‘Donda’ – ‘Hurricane’ and ‘Praise God’ – before wrapping up his own impromptu mini-set with ‘Father Stretch My Hands, Pt. 1’ (from ‘The Life Of Pablo’). The enigmatic rapper doled out one final treat during his main appearance, busting out a freestyled verse in Future’s track ‘Fuck Up Some Commas’.

He made a second cameo later in the set, joining Future to perform ‘Flashing Lights’ (another classic from ‘Graduation’). Take a look at Kanye’s appearance – around the 36-minute mark – below:

Elsewhere in Future’s set – which took place last Sunday (December 12) in Los Angeles – the Georgian rapper broke out a veritable highlight reel of his own hits, such as ‘Mask Off’, ‘Jumpman’ and ‘Low Life’.

Before he brought West out, Future welcomed Roddy Ricch to the stage for a joint performance of Ricch’s tune ‘The Box’, and Hotboii for a team-up on their collaborative single ‘Nobody Special’.

During Future’s set at this year’s Wireless festival, the rapper brought out Drake. Future appeared thrice on Drake’s most recent album, ‘Certified Lover Boy’, popping up on the tracks ‘Way 2 Sexy’ (which the former performed at Rolling Loud), ‘N 2 Deep’ and ‘Pipe Down’.

West performed a titanic 24-track set at his ‘Free Larry Hoover’ show last Thursday (December 9). The concert was live-streamed for free via Amazon Prime and shown at select IMAX cinemas across the US.

In a five star review of the show, NME said: “After an hour of non-stop bangers (‘Stronger’! ‘Black Skinhead’! ‘Runaway’!) and even more dry ice, Drake resurfaces during a frantic ‘Can’t Tell Me Nothing’.

“Kanye taps back in for an explosive ‘Ni****s in Paris’ and ‘Bound 2’, before making like a minister and thanking Jesus for his sacrifice. But tonight it turns out that you don’t need to have faith in anything other than the power of two talents at the top of their respective games to have a near-religious experience. Here’s to making up with your enemies.”

Earlier this week, it was reported that an associate of West allegedly pressured an election worker in the state of Georgia to confess to false accusations of voter fraud.