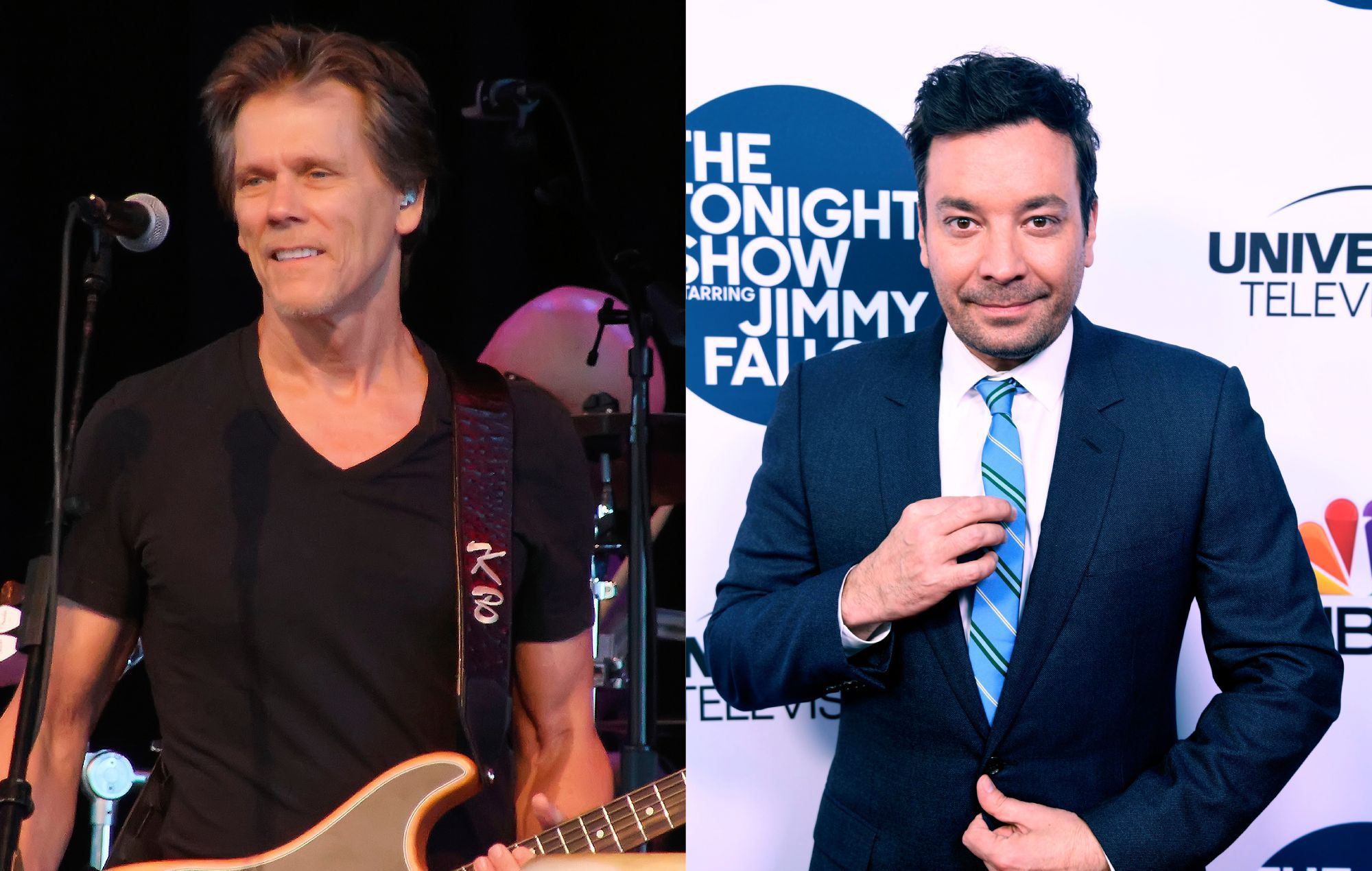 Kevin Bacon and The Tonight Show… host Jimmy Fallon have covered Tears For Fears‘ hit ‘Head Over Heels’ – and turned it into a song about the weather.

The pair performed their rendition as part of The Tonight Show‘s ‘First Drafts Of Rock’ segment, which typically sees Bacon join Fallon to play a classic song under the guise of it being an early draft of the song’s actual lyrics.

On Wednesday night’s (August 3) episode, Bacon and Fallon performed their own version of Tears For Fears’ 1985 song, ‘Head Of Heels’, which is the second single from the British band’s second album ‘Songs From The Big Chair’.

In the clip, which you can watch below, Bacon and Fallon appear in a hazy video accompanied by a backing band and wearing their hair in curls.

Footloose actor and musician in his own right Bacon sings: “I wanted to be with you alone/ And talk about the weather/ There’s rain up in Seattle so if you’re going out/ You might need an umbrella.”

Fallon sings on the second verse: “Got a degree in meteorology/ To talk about the weather/ According to the dew point the humidity’s up/ As the temperatures climb/ That’s just, just, just summertime.”

The original song lyrics feature the opening lines: “I wanted to be with you alone/ And talk about the weather.”

The two later sing in unison on the chorus: “For the weather you can call Tears for Fears/ We’ll check the radar if the skies will be clear/ Warm front’s coming, so the clouds disappear/ With a gentle breeze, 80 degrees let’s, let’s, look at the four-day forecast/ four days forecast for days,” [lyrics via Billboard].

Meanwhile, Bacon stars in the upcoming remake of The Toxic Avenger, which is expected to release sometime in 2022.