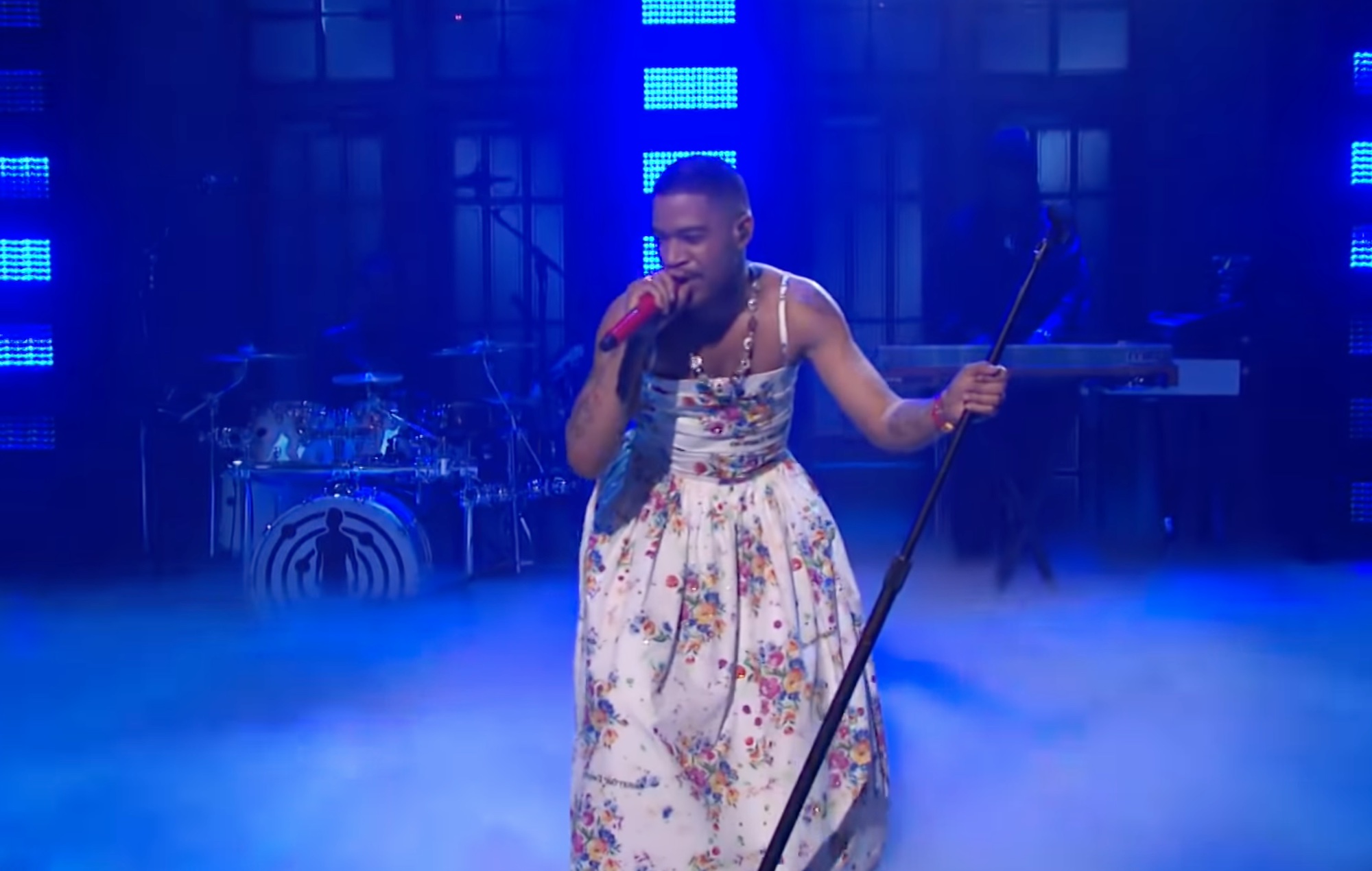 Kid Cudi was the musical guest on last night’s (April 10) episode of Saturday Night Live – watch his pair of performances below.

The latest episode, the 17th episode of the show’s 46th season, was hosted by Carey Mulligan.

For the first of his two performances, Cudi donned a dress for a rendition of ‘Sad People’. He then performed ‘Tequila Shots’ while surrounded by lasers.

Watch the pair of SNL performances below.

So far in the 46th season of SNL, musical guests have included St. Vincent, who gave live debuts to two tracks from her forthcoming album ‘Daddy’s Home’ last week’s (April 3) episode, and Phoebe Bridgers, who caused controversy when smashing a guitar at the end of her rendition of ‘I Know The End’. The guitar in question is now up for auction with proceeds going to GLAAD.

Kid Cudi, meanwhile, released his most recent album ‘Man On The Moon III’ at the end of 2020. In a four-star review of the record, NME wrote: “‘Man On The Moon III: The Chosen’ is a cinematic masterstroke that electrifies the senses at every turn.


“Kid Cudi gives us every part of himself, laying out his insecurities and inner demons in the hope that it might help someone else, his words etched into a vivid backdrop of intoxicating melodies and palatial riffs. No one does mood music quite like Cudi.”