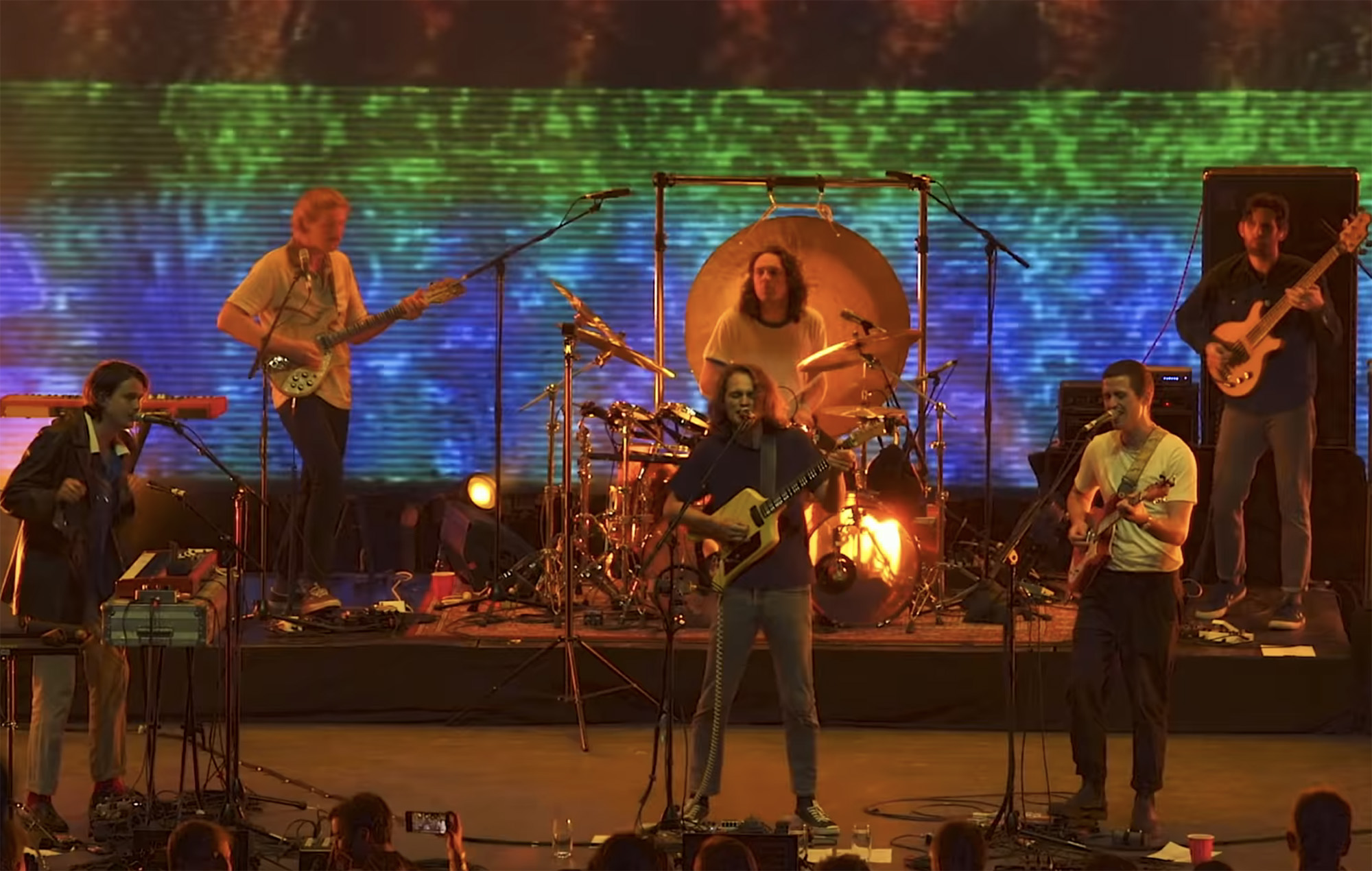 King Gizzard And The Lizard Wizard have shared a 1.5-hour concert film of their recent performance in Melbourne.

Titled Live in Melbourne ’21, the show was held at Sidney Myer Music Bowl in February for the Summer Sounds concert series. The footage was recorded by Nico Wilson and Sam Joseph with mixing by band member Stu Mackenzie.

The 18-track set draws largely from King Gizz’s recently released albums ‘K.G.’ and ‘L.W.’, with singles such as ‘Honey’, ‘ O.N.E.’ and ‘Pleura’, among others, included in the show.

Watch the concert film below:

‘K.G.’ and ‘L.W.’ were released within less than half a year of each other, with the former arriving in November and the latter last month. Both records experiment with microtonality, and are sequels to 2017’s ‘Flying Microtonal Banana’.

Upon its release, NME gave ‘K.G.’ a three-star review, pointing out that “there are some great songs here, but they don’t feel like they’re breaking new ground – a big deal for a band who have relentlessly pushed things forward”.

“No doubt many of these songs will go on to be fan favourites, but while it’s not a step backwards, it certainly is a step sideways for a band who until now have been in perpetual motion,” the review read.