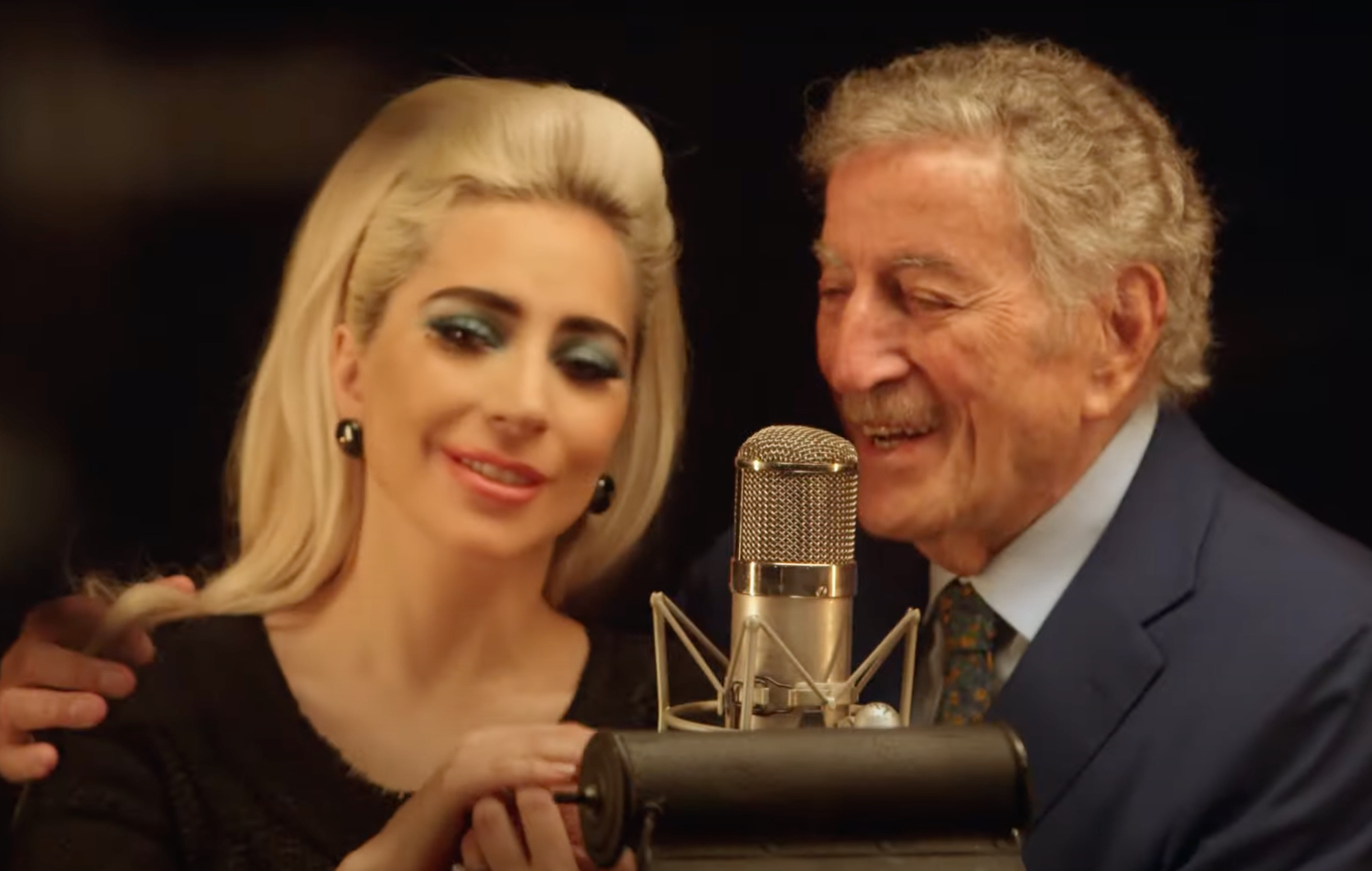 Lady Gaga and Tony Bennett have shared a heartwarming new video to accompany their cover of ‘I Get A Kick Out Of You’ – scroll down to watch it below.

The pop star and the iconic crooner have teamed up once again on an album of covers, this time tackling the songs of Cole Porter.

The duo’s version of ‘I Get A Kick Out Of You’ will feature on the record, which is titled ‘Love For Sale’ and will be released on October 1. It follows their 2014 collaborative album ‘Cheek To Cheek’.

In the video, Gaga and Bennett are shown in the recording studio, laying down their vocals with big smiles on their faces as they swap lines. The visuals were premiered by MTV across its worldwide network of channels in over 180 regions earlier today (August 6). Watch it below now.

‘Love For Sale’ will mark Bennett’s final studio recording following the star announcing earlier this year that he has been battling Alzheimer’s Disease. The record was recorded at Electric Lady Studios in New York and will boast “a mix of jazz ensemble, big band and orchestral arrangements”, according to a press release.

Meanwhile, when ‘Cheek To Cheek’ was released in 2014, Gaga said working with Bennett had “saved my life”.

“I’m not going to say any names, but people get irrational when it comes to ­money – with how they treat you, with what they expect from you,” she said at the time.

“But if you help an artist, it doesn’t give you the right, once the artist is big, to take advantage of them…I was so sad. I couldn’t sleep. I felt dead. And then I spent a lot of time with Tony. He wanted nothing but my friendship and my voice.”