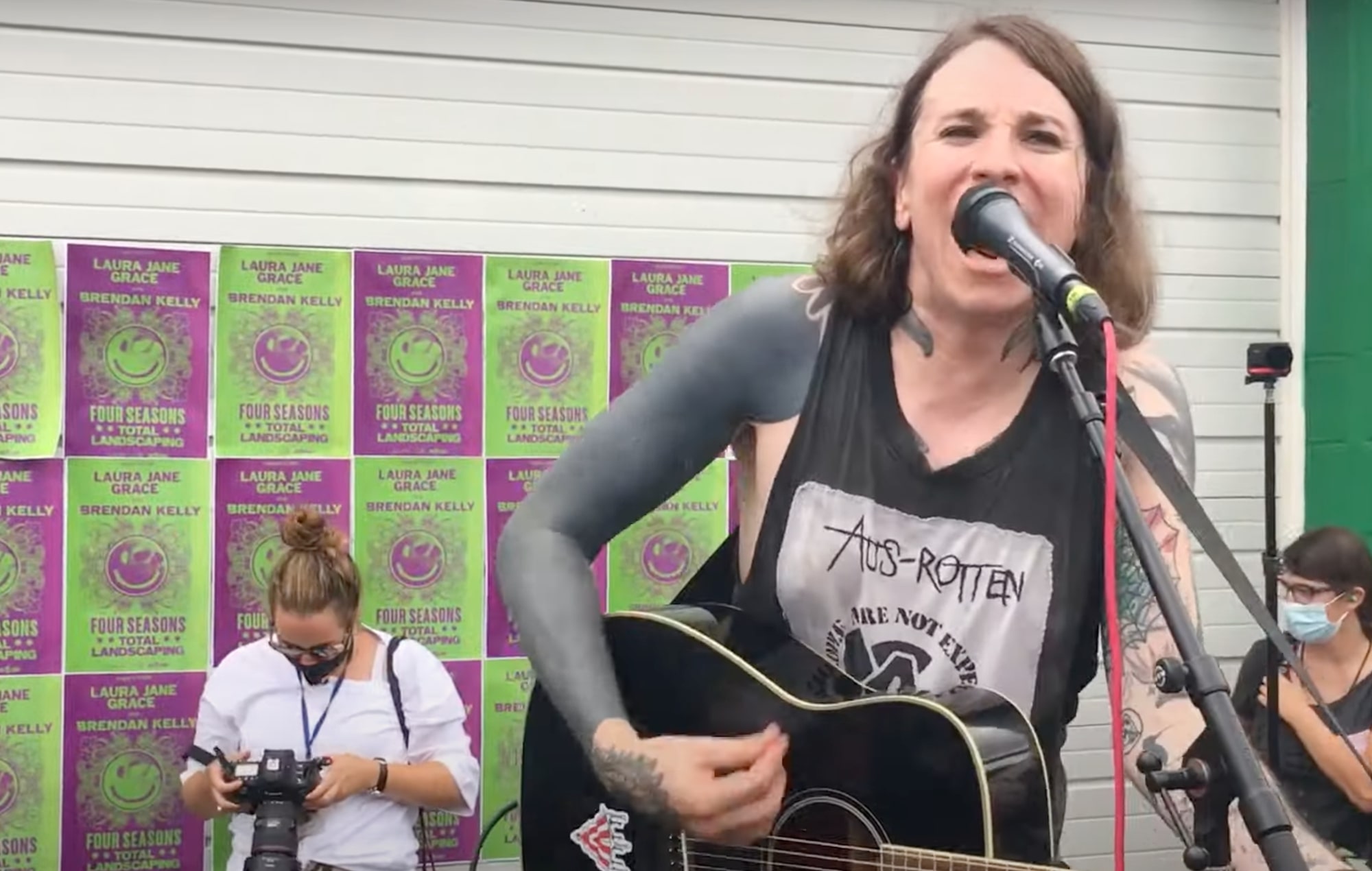 Laura Jane Grace has performed at Four Seasons Total Landscaping, the site of a bizarre press conference from the Trump campaign in the days after last year’s US presidential election.

The Against Me! musician played a 16-song set at the Philadelphia location yesterday (August 21) ahead of shows at the city’s more traditional venue Kung Fu Neck Tie.

According to the Philadelphia Inquirer, around 200 people attended the show for which tickets sold out in 17 minutes. The gig took place in the car park, just as the press conference given by Trump’s lawyer Rudy Giuliani had.

“I’ve played Giants Stadium. I’ve played Wembley. Sang on stage with Cyndi Lauper. Written songs with Weezer. Been on stage with Joan Jett. None of that compares to this,” Grace reportedly said on stage. “I’m 40 years old and I can draw a bigger crowd than Rudy, and I have more Twitter followers than [Donald Trump], which isn’t [so bad] for a transgender high school dropout.”

Concertgoers also sent a life-sized cardboard cut-out of Giuliani crowd-surfing over the audience as Grace dedicated songs like ‘Osama bin Laden as the Crucified Christ’ to “the death of fascists, always”.

“It’s been fun both imagining how this is all going to play out and then also just like imagining Four Seasons as a company, thinking about the strife and the drama that must go on internally,” Grace added of the show’s unusual venue. “There’s probably like the one side of the company, or the friends of the company, who are like, ‘You all lost your way, man! You used to be about cutting grass.’”

Four Seasons Total Landscaping’s owners have said that Grace’s show was “one and done” despite receiving numerous requests from other artists to hold gigs at the business. Watch footage from her gig above now.

In April, Grace released a new video for the track ‘Supernatural Possession’, which featured on her 2020 surprise solo album ‘Stay Alive’. “I just want to put this out because it makes me feel alive and it’s giving me something better than sitting here losing my mind while the world falls apart,” she said of that record at the time.