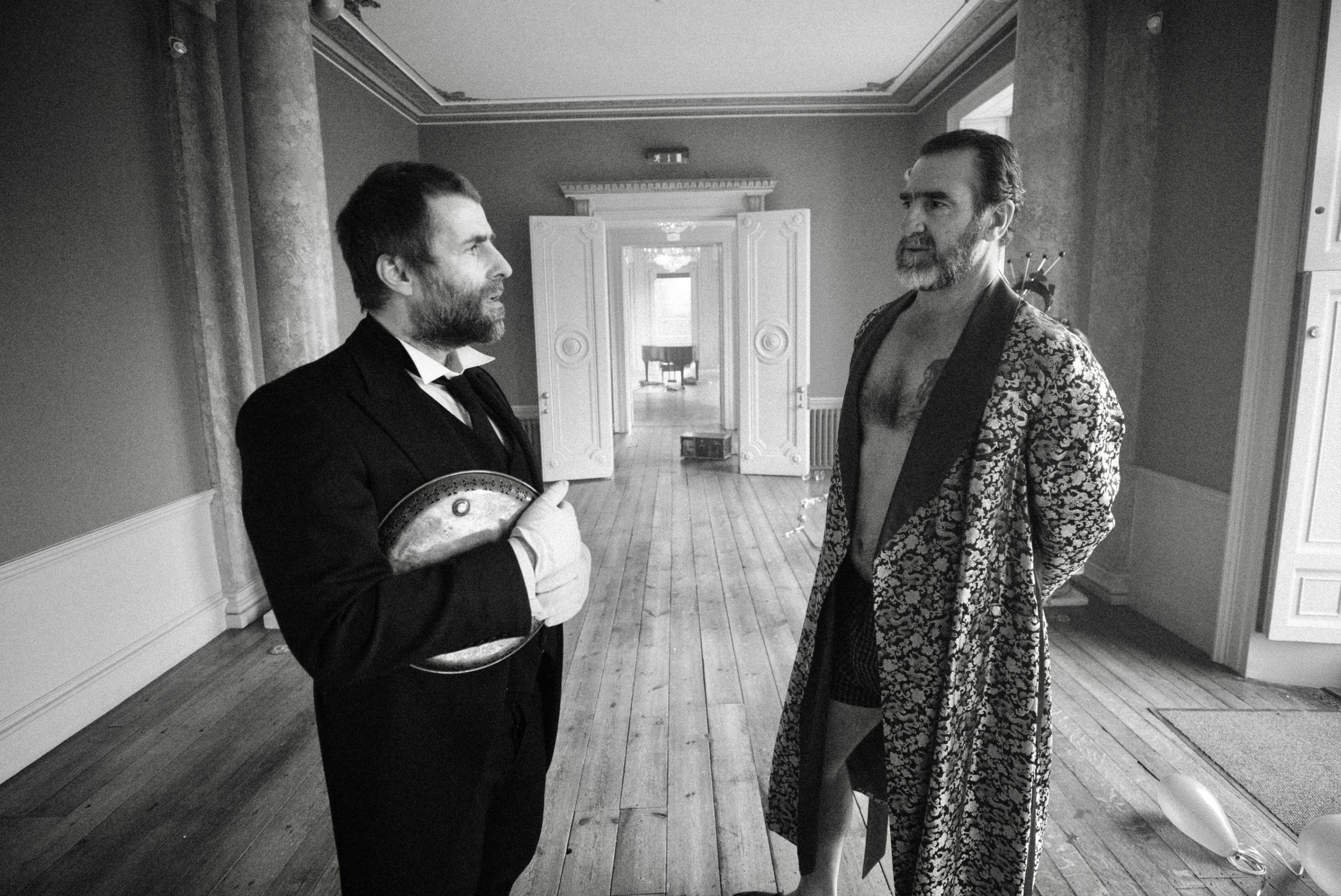 Liam Gallagher has spoken out about his time working with Eric Cantona on the video for the 2019 track ‘Once’ in an exclusive clip shared with NME – you can watch it above.

Adopting a hilarious impression of the cult football hero in the clip from the forthcoming one-hour Sky special called Liam Gallagher: 48 Hours At Rockfield which is due to air later this month, the former Oasis frontman recalled the first time he met the ex-Manchester United star, in a video you can watch above.

“I met him at a club in Paris with two mates who were United fans and had a drink with him and he turned round and went ‘Are you one of the Gallagher boys?’ I said: ‘I am’,” Gallagher said.

“And then ‘Once’ came out and I seen him on Instagram, listening to it saying it was his favourite song so I got someone to call him and went ‘Wouldn’t he be great to be in the video?’ I don’t like doing videos but we asked him would he be in it and he said yeah.

Gallagher continued: “Anyway he sat and drunk his fucking wine, done the video, fucked off and that was it, see you later [and he said] ‘Goodbye my English friend.”

The documentary will follow the former Oasis frontman and his sons, Lennon and Gene, as they head to the renowned Rockfield Studios in Wales for what is described as “48 hours of music, memories and mayhem”.

The show will air on on Sky Max, Sky Arts and Now simultaneously on May 24 at 9pm.

Gallagher previously appeared in an acceptance speech video with Cantona after the documentary Liam Gallagher: As It Was was honoured with the award for Best Music Film at the NME Awards 2020.

The former Oasis frontman is gearing up to release his third solo album, ‘C’mon, You Know’, on May 27 via Warner. He’s already previewed the record with the singles ‘Everything’s Electric’, ‘Better Days’ and the album’s title track.

He will showcase his new LP during a string of huge headline concerts over the summer, including a two-night billing at Knebworth. You can find the full schedule and buy any remaining tickets here.