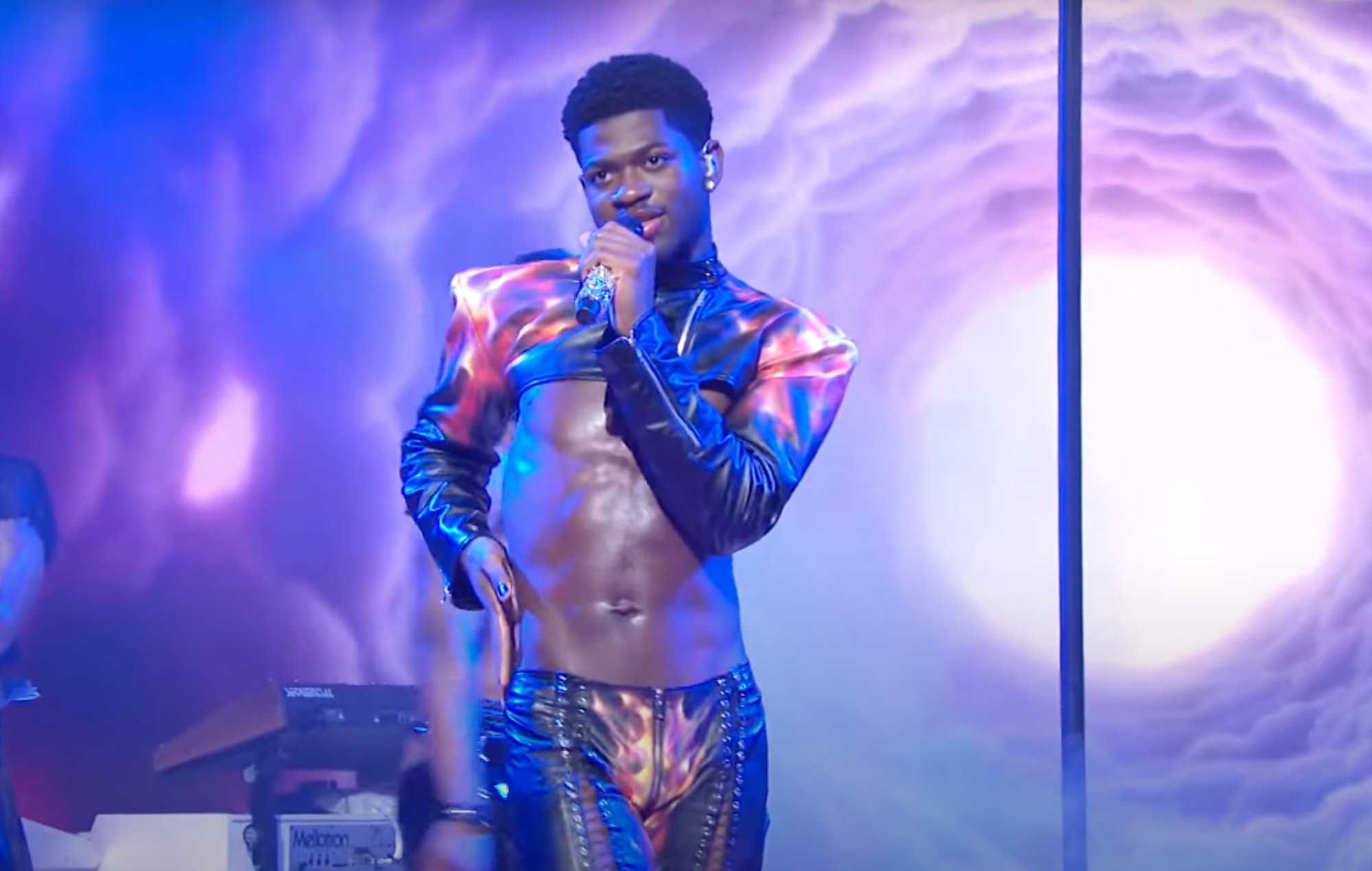 Lil Nas X was the musical guest on Saturday Night Live last night (May 22) – watch his steamy performance of ‘Montero (Call Me By Your Name)’ below.

The rapper was appearing on the show alongside host Anya Taylor-Joy, star of Netflix‘s chess-themed hit The Queen’s Gambit.

In line with the track’s controversial video, Lil Nas X’s performance of ‘Montero (Call Me By Your Name)’ flirted with imagery of hell and saw him wearing a leather outfit.

Halfway through the song, the rapper’s trousers split while he was working a pole – watch that moment, and the whole performance, below.

Lil Nas X also performed new single ‘Sun Goes Down’ on the show, which you can also see below.

‘Montero (Call Me By Your Name)’ has attracted significant controversy since its release, in part due to the religious imagery featured in its video. Right-wing figures criticised Lil Nas X for using scenes based on the Garden of Eden and in which he gives the devil a lap dance.

The star has also been accused of copying elements of the video from FKA twigs’ visuals for ‘Cellophane’ in the video. Both Lil Nas X and twigs have addressed the claims, with the latter thanking the rapper for acknowledging his inspiration in a conversation with her.

The original version of ‘Montero (Call Me By Your Name)’ was then briefly removed from streaming services last month (April 12), but was later returned to platforms.


Other recent musical guests on SNL include Olivia Rodrigo, who played ‘good 4 u’ and ‘Drivers License’ from her debut album ‘SOUR’ on last week’s (May 15) show.