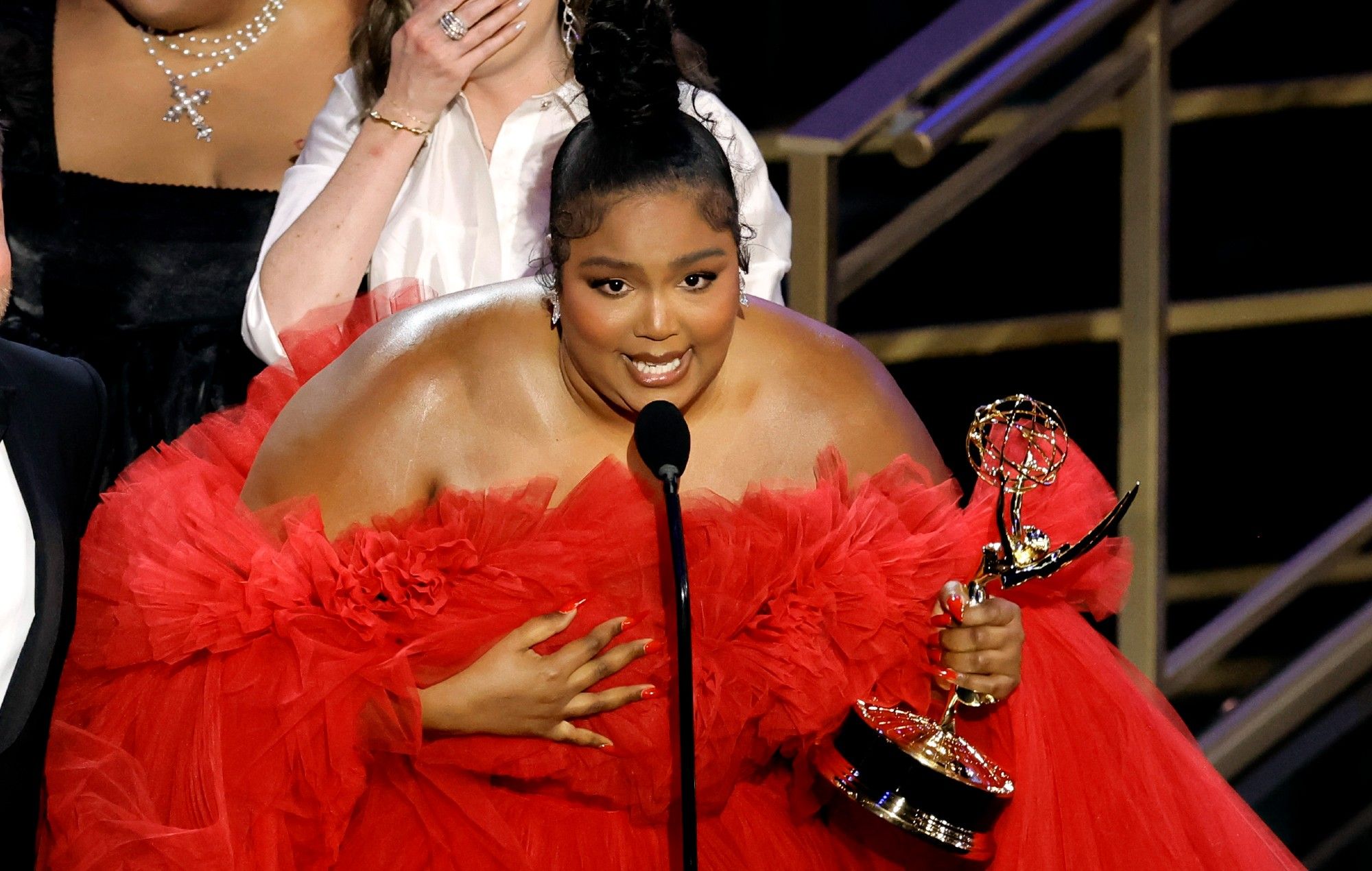 Lizzo delivered one of the most emotional moments at tonight’s Emmy Awards.

The singer’s Prime Video reality series Lizzo’s Watch Out for the Big Grrrls, which follows 13 women as they compete to join her troupe of backing dancers, won the Outstanding Competition Prize – ahead of RuPaul’s Drag Race, the winner in each of the four previous years.

Accepting her trophy in tears, Lizzo gave a sweet shout-out to the show’s contestants, saying: “The trophy is nice, but my emotion is for these people who are on the stage with me. The stories that they shared, they’re not that unique. They just don’t get told. Let’s just tell more stories.”

She went on to emphasise the importance of representation in TV and movies. “When I was a little girl, all I wanted to see was me in the media,” she said. “Someone fat like me. Black like me. Beautiful like me. If I could go back and tell little Lizzo something, I would be like, ‘You’re going to see that person, but bitch, it’s going to have to be you.”

Lizzo’s win takes her halfway to EGOT (Emmy, Grammy, Oscar and Tony-winning) status. She already has a trio of Grammy awards to her name.

Lizzo also supplied a showstopping moment at last month’s MTV VMAs when she performed her latest single ‘2 Be Loved (Am I Ready)’.