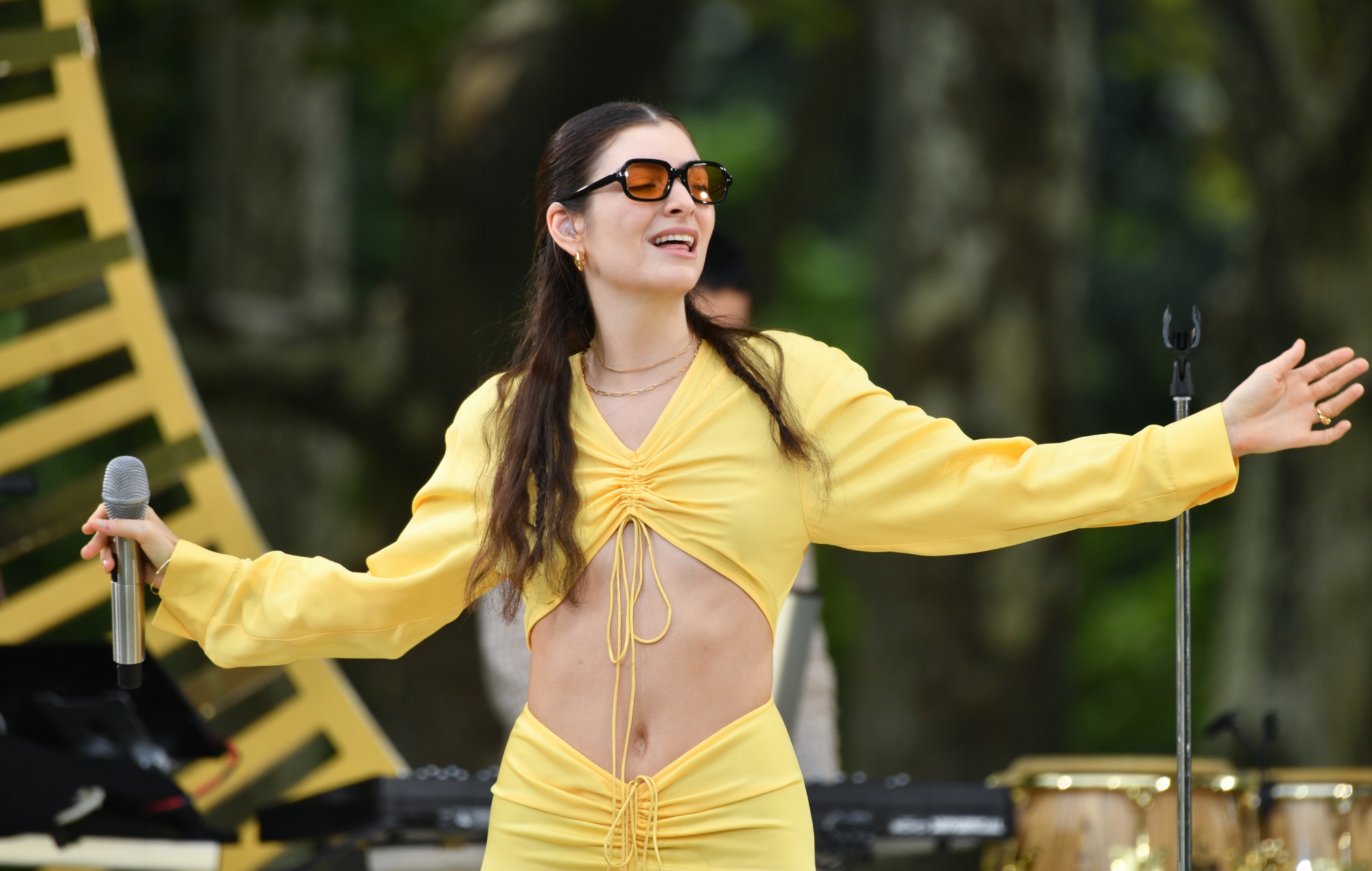 Lorde has performed her new tracks ‘California’ and ‘Fallen Fruit’ live for the first time – check out the videos below.

The Kiwi singer-songwriter appeared on Good Morning America yesterday (August 20) to mark the release of her third album, ‘Solar Power’.

Taking to the SummerStage in Central Park, New York, Lorde played a five-song set including the aforementioned album cuts as well as her new record’s title track. She also performed the ‘Melodrama’ singles ‘Green Light’ and ‘Perfect Places’.

It marked the first show at the outdoor NYC venue in two years, according to GMA, with Lorde performing to a full live audience. Tune in here:

During an interview on the programme, Lorde explained that ‘California’ is about her experience of visiting the US for the first time. She also revealed her upcoming world tour will boast “a big band show”.

Meanwhile, the singer has said that she has “a vision” for a potential collaboration with Harry Styles. “I just feel like he and I are kind of on a similar tip right now,” she told SYSCA, adding: “I need him to call me.”

In a five-star review of ‘Solar Power’, NME wrote: “This is an album that grows in quiet stature with every listen, new nuggets of wisdom making their way to the surface, peeking through its beautiful instrumentation that weaves a stunning, leafy tapestry.

“Few artists strike gold on every record they create but, for the third time in a row, Lorde has done it again, crafting yet another world-beater.”