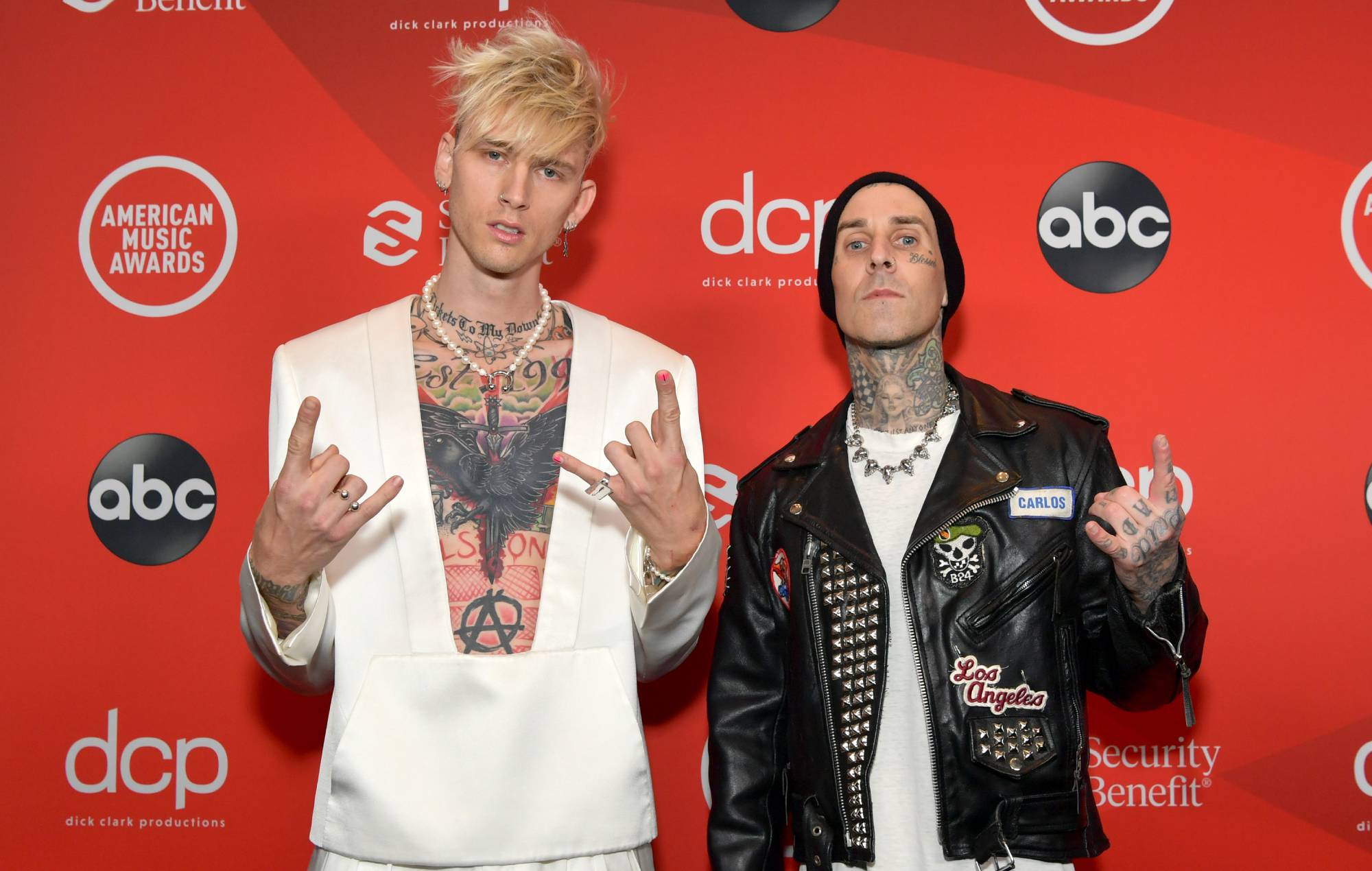 Machine Gun Kelly has shared the video for his new single ‘Papercuts’, which features Blink-182 drummer Travis Barker – you can watch the clip below.

The track is the first preview of Kelly’s next album ‘Born With Horns’, which he announced earlier this week.

Kelly has now shared ‘Papercuts’ along with a Cole Bennett-directed video which features Barker, who is executively producing ‘Born With Horns’, playing drums. Kelly is also seen in the clip sporting a shaved head, a look he first showed off on social media earlier this week.

You can watch Machine Gun Kelly’s video for ‘Papercuts’ below.

Kelly and Barker showed off their matching ‘Born With Horns’ tattoos earlier this week to celebrate the announcement of the former’s new album, which will be the follow-up to last year’s ‘Tickets To My Downfall’.

Last month Machine Gun Kelly surprised fans with a last-minute set at Chicago’s Lollapalooza Festival. He took to the Bud Light Seltzer Sessions side stage to perform to a crowd “20 times” what the space allowed for, according to Billboard.

Kelly’s eight-track set included the ‘Tickets To My Downfall’ track ‘Kiss Kiss’ and a cover of Paramore‘s ‘Misery Business’. MGK then ran through several other cuts from his latest album, including ‘Bloody Valentine’ and ‘My Ex’s Best Friend’.