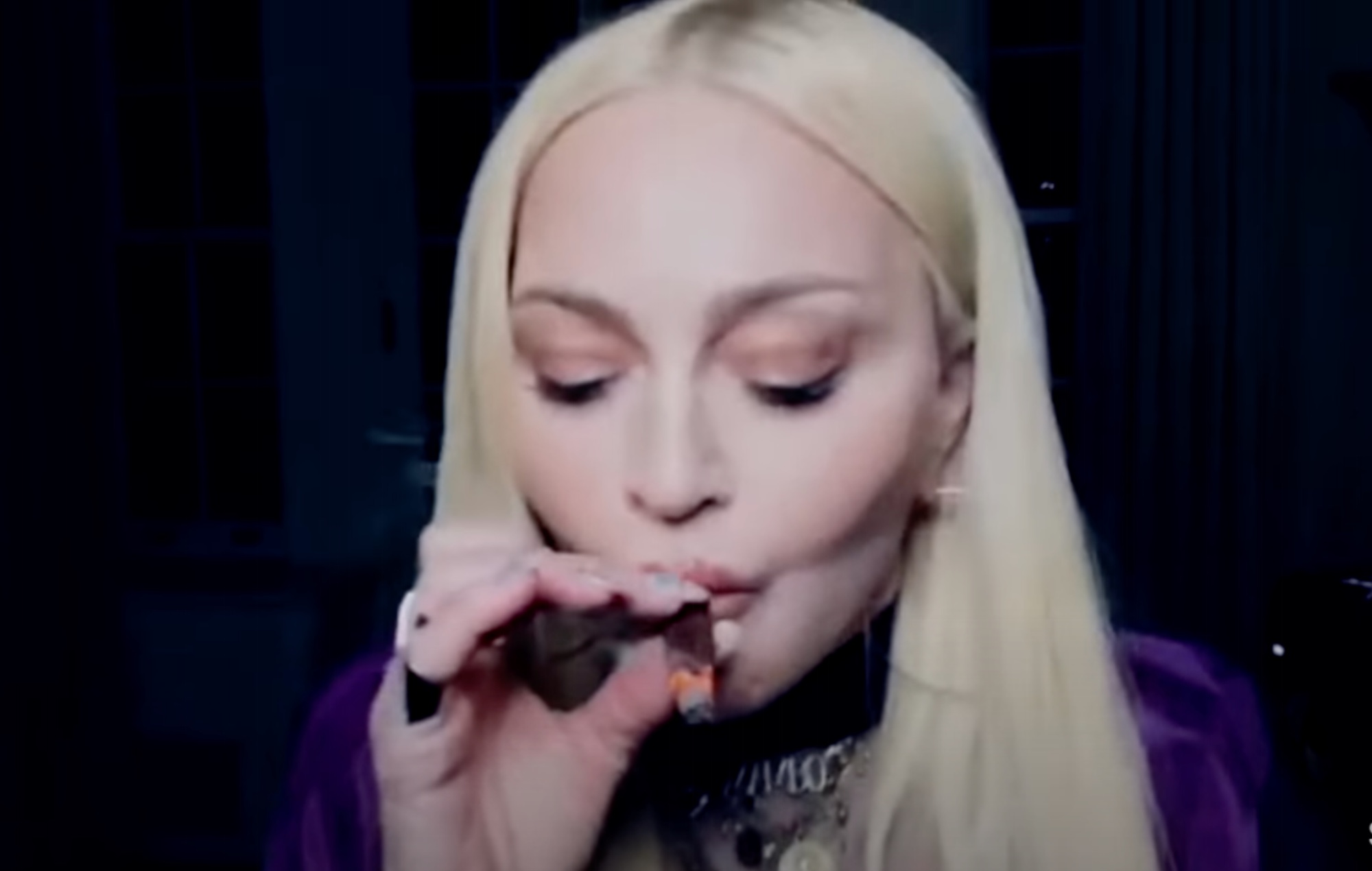 Madonna has made a cameo appearance in Snoop Dogg’s new video for ‘Gang Signs’ – you can watch it below.

Snoop released the song last month, with the video dropping last week (May 6). It’s taken from his 18th album, ‘From Tha Streets 2 Tha Suites’, which arrived on April 20.

Madonna appears at the end of the verse where Snoop raps: “Still sippin’ gin and juice while I’m smoking marijuana / I bet you never blew with Obama / Crip walking with my homegirl Martha / While I’m passing joints to Madonna.”

Madonna makes a brief cameo at the end of the verse where she appears smoking, before it quickly cuts back to Snoop. Writing about her appearance on Twitter, Madonna said: “Was so much fun to show up in Snoop Dogg video for his new song Gang Signs!”

Was so much fun to show up in @SnoopDogg video for his new song Gang Signs! 🐐 🐐!! pic.twitter.com/d43cMncaRm

In the song, Snoop appears to imply that he once smoked marijuana with Barack Obama (“Still sippin’ gin and juice while I’m smoking marijuana / I bet you never blew with Obama“). While it remains unclear whether Snoop actually smoked with the former president, Snoop has previously admitted to lighting up during a visit to the White House.

“Have you ever smoked at the White House?” Jimmy Kimmel asked in 2014 during an appearance on Snoop’s GGN: The Double G News Network.

“Not in the White House — but in the bathroom,” Snoop replied.


In 2019, Snoop revealed that he employs a professional blunt roller, or a ‘PBR’. Snoop stated the position is full-time and pays “$40 to $50,000 a year,” a claim backed up by Seth Rogen, also a guest on the edition of The Howard Stern Show where Snoop made the claim.

“He knows how to gauge the look on someone’s face when it seems like they might want a blunt,” Rogen said. “And if they do, he gives you one!”

Snoop also previously launched his own weed brand in 2015.