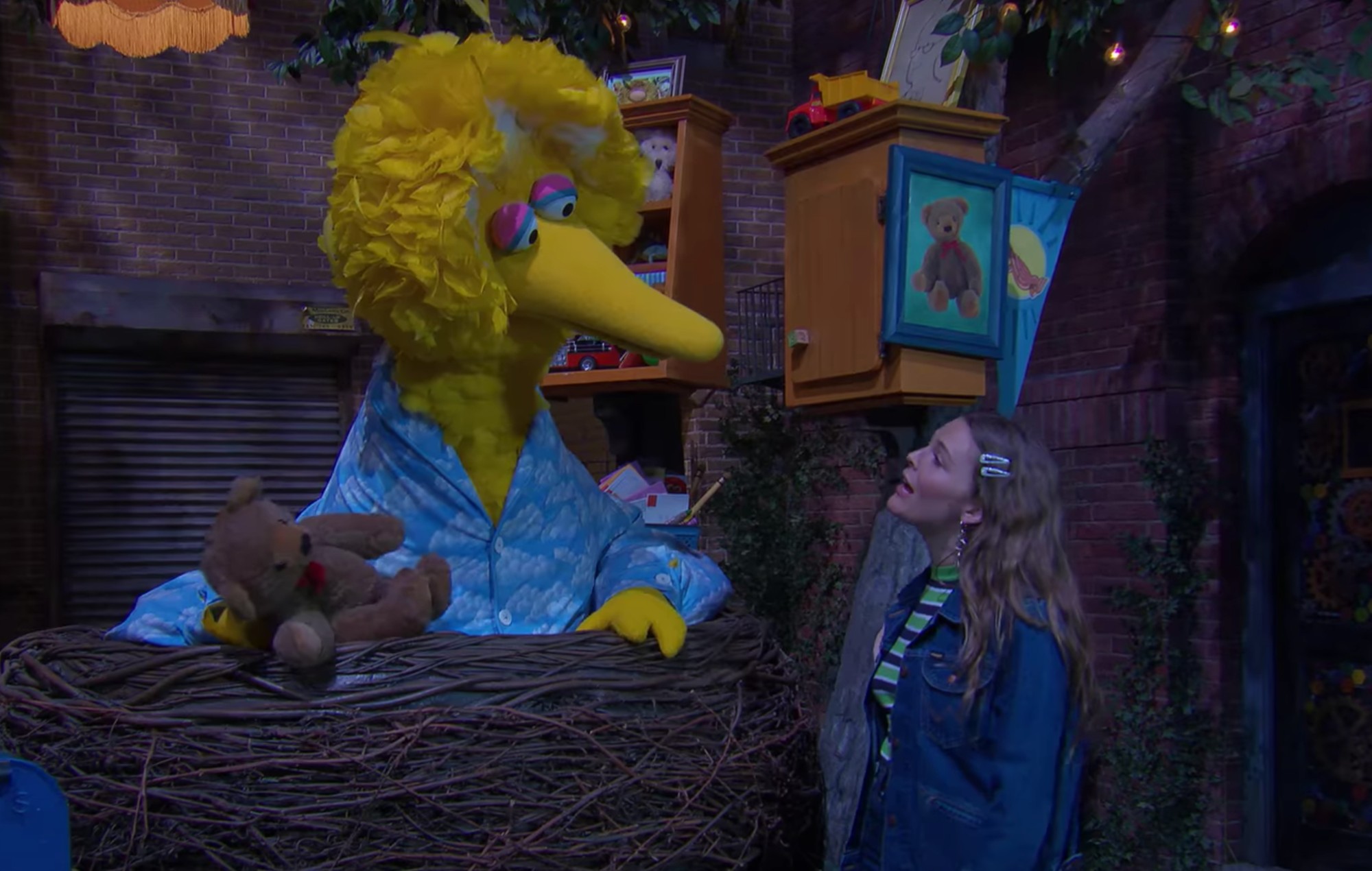 Maggie Rogers made an appearance on the latest episode of Sesame Street, singing a song titled ‘It’s Nighttime’ to get the residents of the famous street ready for bed.

The clip, which you can watch below, shows her strolling through the street after the sun has set, waving goodnight to Elmo, Bert and Ernie. She sings of fireflies as they buzz past her, before standing by Hoots The Owl who then delivers a killer saxophone solo.

After spotting a comet through a telescope, she then meanders past Big Bird in his pyjamas and sings, “When you are done having your fun/ Make sure that you lay down now/ You need your rest now.”

The cover came after Maggie performed at the virtual Democratic National Convention earlier this year, in a musical lineup that also included Billie Eilish, John Legend and The Chicks.