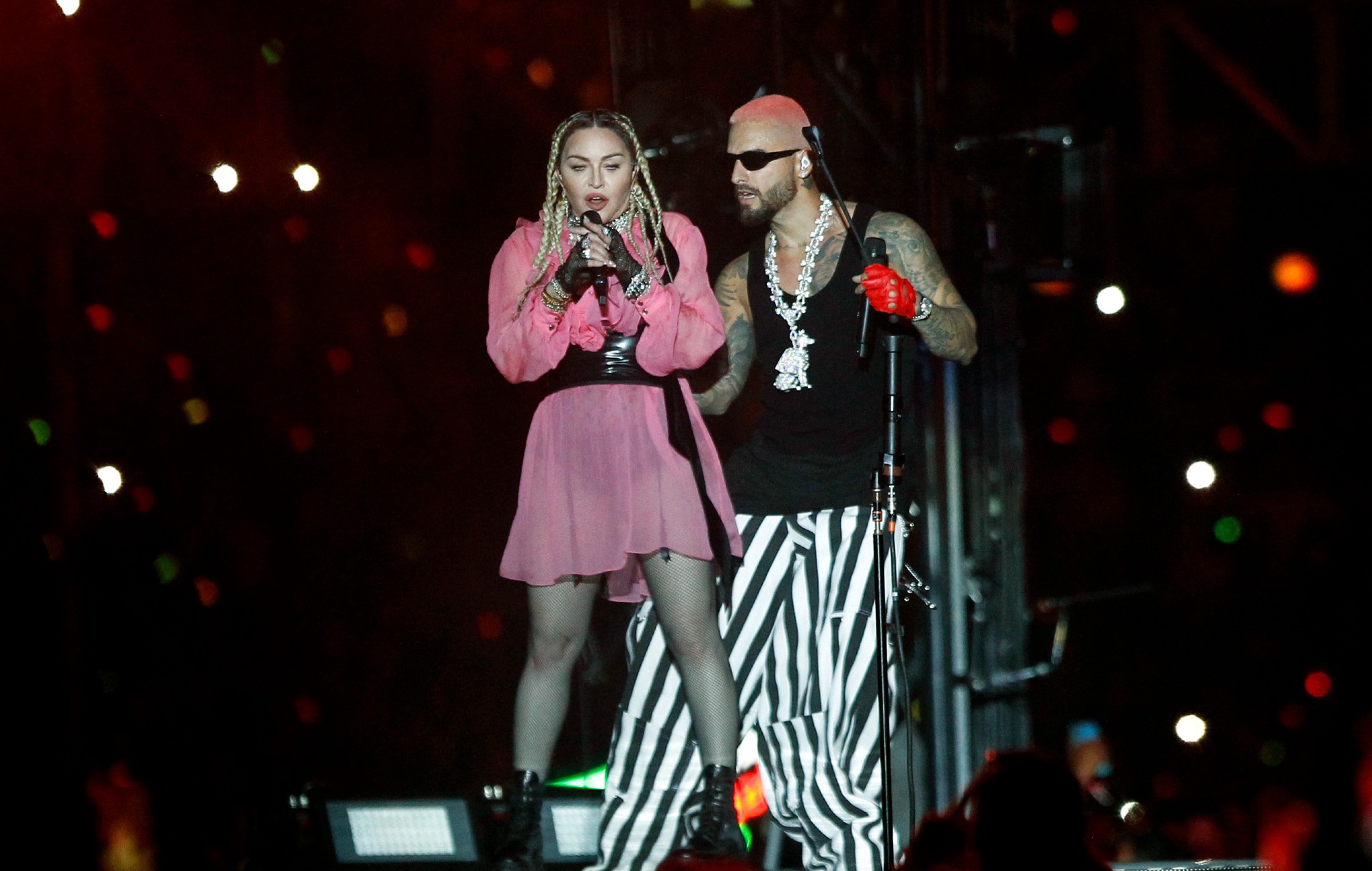 Colombian singer Maluma brought out a special guest for his recent hometown concert in Medellín, inviting Madonna to join him for two songs.

The performance took place at the Estadio Atanasio Girardot on Saturday night (April 30), wrapping up with an encore. During this, the artist welcomed various guests onstage, such as Feid, Blessd and Grupo Firme, before he was joined by Madonna.

The pair threw it back to the noughties with a performance of Madonna’s 2000 hit ‘Music’, as well as an apt rendition of their 2019 collaborative single ‘Medellín’, lifted from Madonna’s album ‘Madame X’.

In footage of the performance (which was also live-streamed on Prime Video) the pop icon can be seen sporting braids and a pink dress, backed by a troupe of bodysuit-clad dancers. She also shared her own video on Instagram of their rehearsals for the concert, showing behind-the-scenes footage of herself and Maluma learning their choreography.

Watch the videos below:

It’s the first time the pair have performed together since 2019, when they took to the stage for the Billboard Music Awards.

In December last year, Madonna teased that she’d been back in the studio, sharing a series of photos to Instagram with the caption: “So great to be back in the studio making Music again. Suprises [sic] in the New Year”.

While she’s yet to release any new material, the pop star has been casting for her upcoming biopic, which she’s described as a “visual autobiography”. In March, it was reported that Euphoria‘s Sydney Sweeney and Barbie Ferreira and Ozark‘s Julia Garner had auditioned to play the role of Madonna, but no final candidate has yet been confirmed.