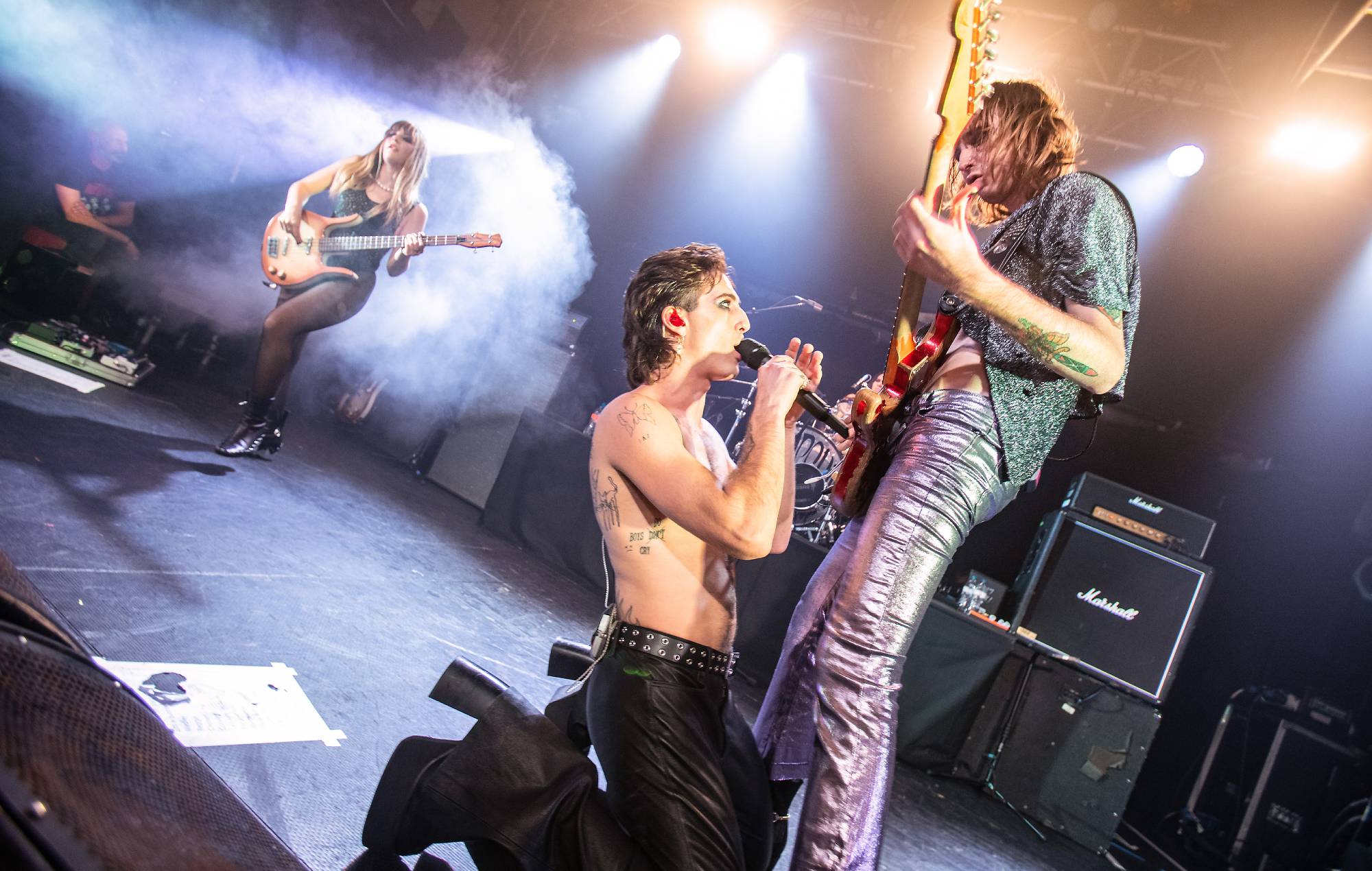 Måneskin made their debut on Saturday Night Live last night (January 22) by performing their cover of ‘Beggin’’ alongside ‘I Wanna Be Your Slave’ – watch footage below.

Introduced by special guest Will Forte, the Italian rock group delivered a riotous performance of The Four Seasons’ 1967 song as well as an energetic, groove-led version of their own 2021 single that saw frontman Damiano David paying homage to Blur‘s ‘Song 2’.

It’s the latest studio performance from the Eurovision winners who in recent months have performed at the American Music Awards, MTV EMAs and The Tonight Show With Jimmy Fallon. They’ve also supported The Rolling Stones in Las Vegas (with Mick Jagger calling it “a great night”) and shared the stage with Ed Sheeran and Elton John at the Paris leg of Global Citizen Live.

Check out their performance on Saturday Night Live below:

Next month, Måneskin kick off their 16-date Loud Kids tour with a show at London’s Brixton Academy. That will be followed by shows in Belgium, Paris and Russia before the run wraps up in Latvia. Tickets for the entire run sold out in 15 minutes. Check out the dates below.

Speaking to NME last year about their plans for the future, Måneskin said: “This was our biggest dream, so we still can’t believe what’s going on. We really want to do our best to keep the attention by writing new music and trying to do some gigs in Europe and beyond.

“We’re working hard and we just want to play everywhere. We’re just figuring out how to manage everything.”


Måneskin are set to play: