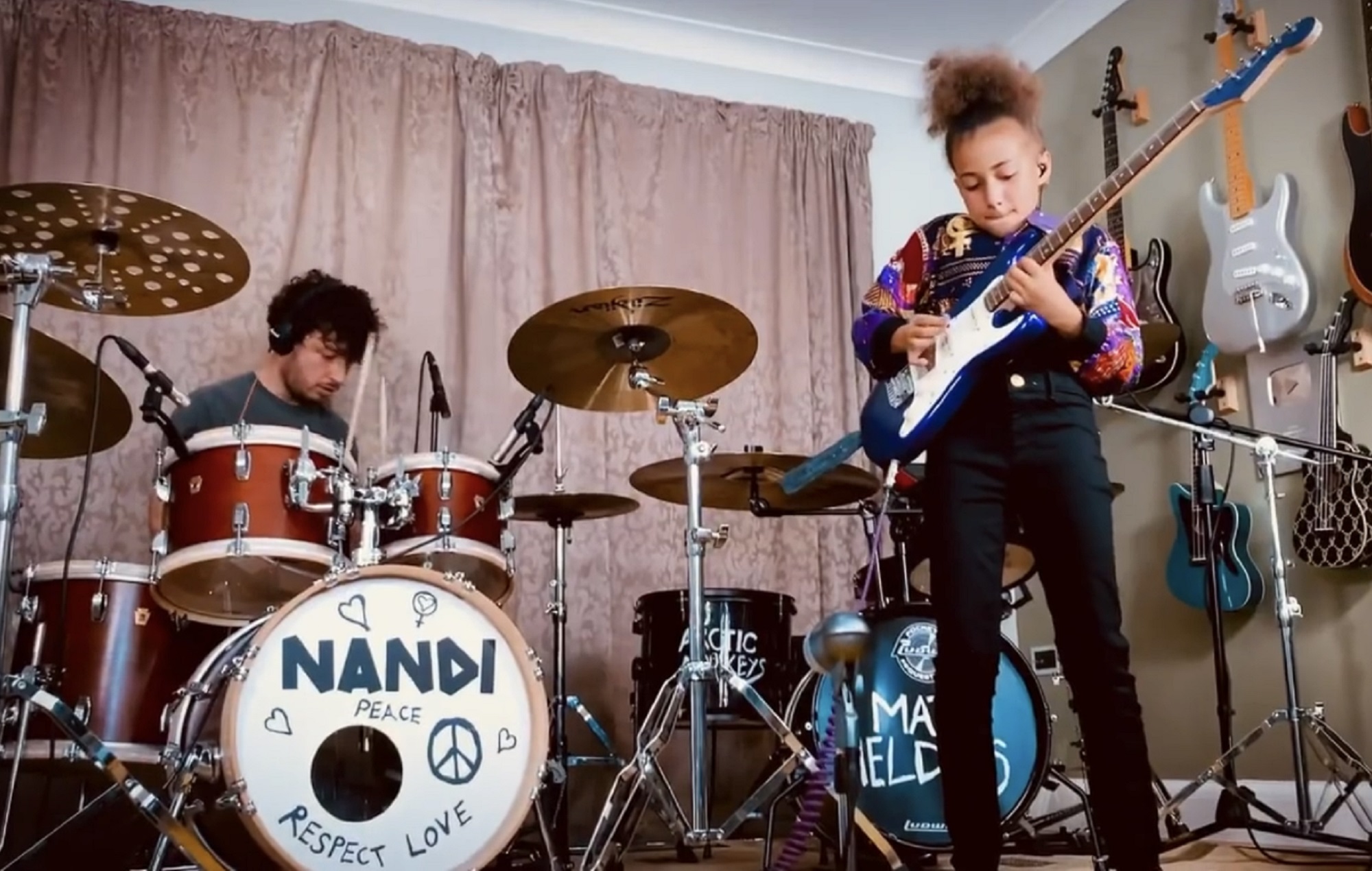 The duo took on three songs, ‘I Bet That You Look Good On The Dance Floor’, ‘Brianstorm’ and ‘R U Mine’, with the first available to view below and the rest coming soon.

Bushell also revealed that she’s filmed an interview with Helders, and that the two also played an improvisational session which will soon be revealed.

“Matt Helders came to my house for a cup of Tea and a Jam with me,” Bushell said on Instagram. “We had the best time! We jammed loads of songs together and had a lot of fun improvising drum beats.”

She added: “Thank You so so so much Matt for jamming with me and letting me interview you. You are welcome back to my house for a jam again any time.” She also thanked her guitar teacher Tom McCarthy, who provided backing guitar off-camera.

News that Bushell and Helders were collaborating arrived last week, when she shared a video on her Instagram Story telling her followers about her plans for the next day.

The collaboration follows Bushell’s solo cover of ‘Brianstorm’ last year. In the last few years she’s also engaged in a drum battle with Dave Grohl and received praise from Rage Against The Machine’s Tom Morello, Queens Of The Stone Age, Royal Blood and more.