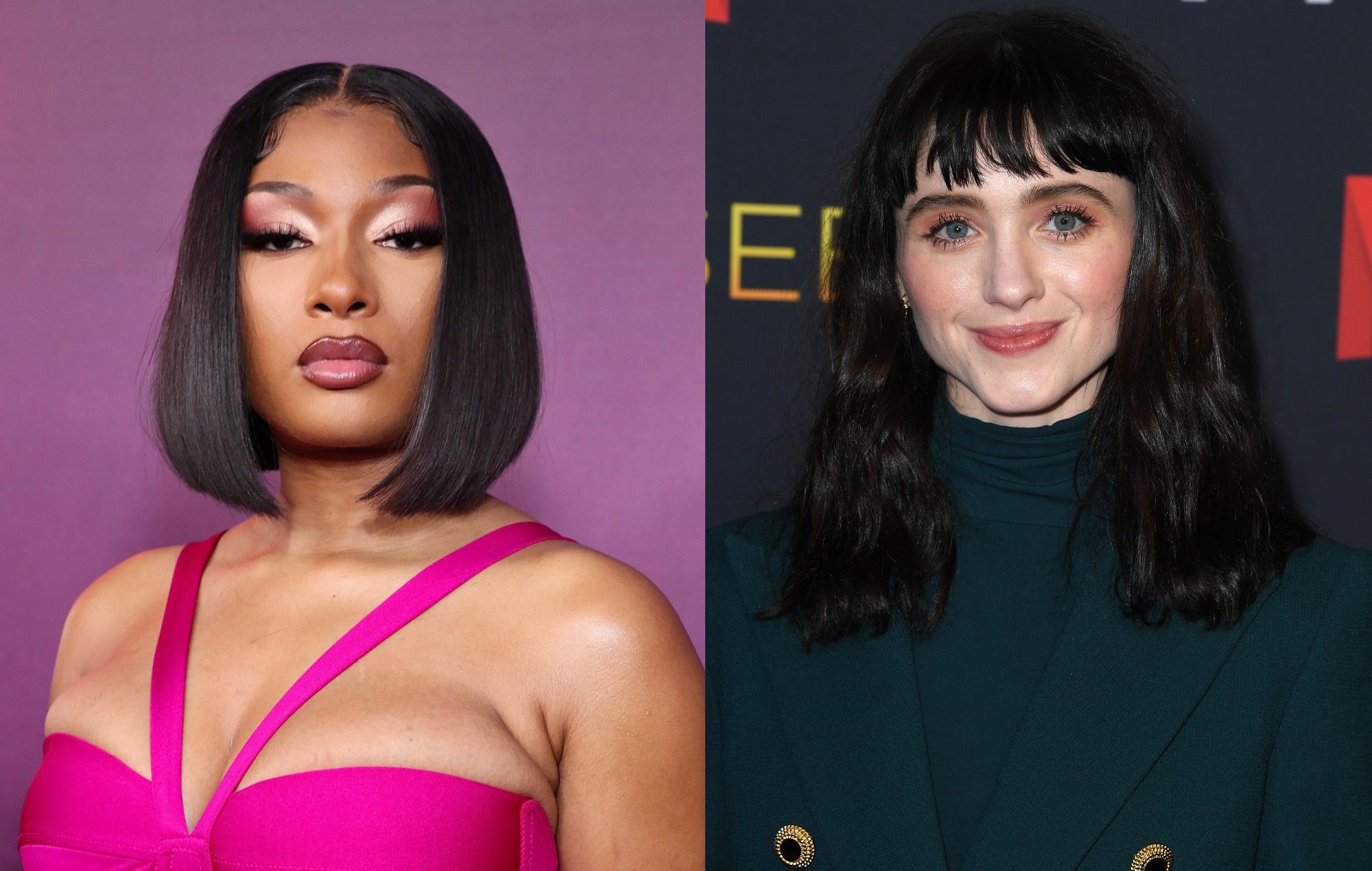 Megan Thee Stallion made the most of her recent co-hosting duties on The Tonight Show Starring Jimmy Fallon, getting Stranger Things gossip from guest Natalia Dyer.

Megan played co-host on Thursday night’s episode (August 11), the night before her new album ‘Traumazine’ dropped. As part of her duties, she and Fallon interviewed Stranger Things star Dyer, who plays Nancy Wheeler on the show.

Fallon and Megan steered the conversation to Nancy’s love life, and the love triangle she ends up in after leaving her season one boyfriend Steve Harrington (Joe Keery) for Jonathan Byers (Charlie Heaton).

“I’m team Stancy [Steve and Nancy]. I want Steve,” Megan tells Dyer. “Let’s talk about it, though. So, boom, at first you like Steve. You was into Steve!”

“Yeah Steve, what a guy,” says Dyer, before Megan continues: “But then, you kind of just dumped him. No caution. He didn’t know what was happening. Poor Steve. Y’all keep throwing the kids on him, the babies. He keeps saving y’all life! All he do is safe y’all life!”

“I do feel bad,” Dyer laughs. “Honestly, I think the way that Jonathan and Nancy happened — she doesn’t always make the most morally right decisions all the time, but that’s human, you know?”

“She’s a hot girl!” says Meg. The Houston rapper later asks, “do you miss Barb?” referring to Nancy’s season one friend who gets abducted and killed. “Bring Barb back, hashtag that!” Megan says.

Watch the full exchange below.

Elsewhere in the episode, Megan joined Fallon for mad lib karaoke and helped him deliver the opening monologue, as well as chatting about her new album ‘Traumazine’.

“Writing this album, I treated it more like writing in my diary than actually trying to put together a song. I just want to talk about how I really feel and get more personal with my hotties,” she said.

“I feel like everybody knows me and they have a perception of me based on what other people say or what they see on the internet … it’s something that’s probably not me at all. This time around I wanted to let everybody in my head and form their own opinion based off of my story. I wanted to take control of my own narrative.”