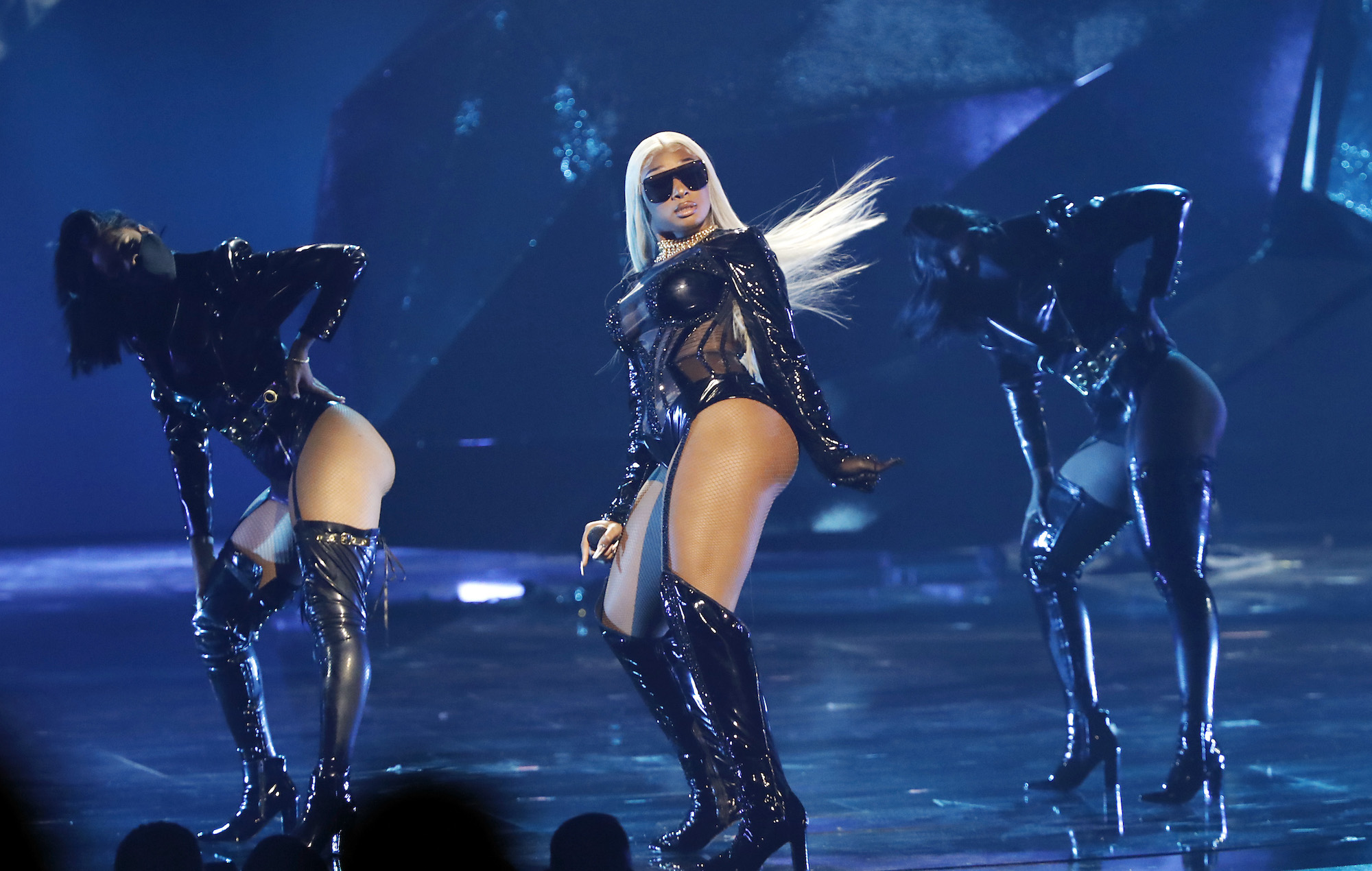 Megan Thee Stallion was among the performers at last night’s (June 27) BET Awards – see her explosive performance of new single ‘Thot Shit’ below.

The ‘WAP’ rapper was up for seven awards at the ceremony, including Album Of The Year for ‘Good News’, while she won in the Best Female Hip-Hop Artist, Video of the Year (‘WAP’) and Viewer’s Choice Award (‘Savage (Remix)’) categories.

For the ‘Thot Shit’ performance, Megan ran through the track decked out in sunglasses and surrounded by latex-clad dancers.

She also performed alongside H.E.R., Lil Baby, Lil Durk, and DaBaby in an all-star medley. See both performances below.

‘Thot Shit’ landed earlier this month, and came complete with a video that saw the rapper her revive her Tina Snow alter-ego.


Elsewhere at the BET Awards, Tyler, the Creator stepped out of a Rolls Royce and battled a vicious wind storm while performing new single ‘Lumberjack’. Other performances came from, DaBaby, DJ Khaled, Lil Nas X and Cardi B, the latter of whom announced her pregnancy during her performance with Migos.

Winners at this year’s BET Awards include Cardi B, H.E.R., Lil Baby and the late Chadwick Boseman.