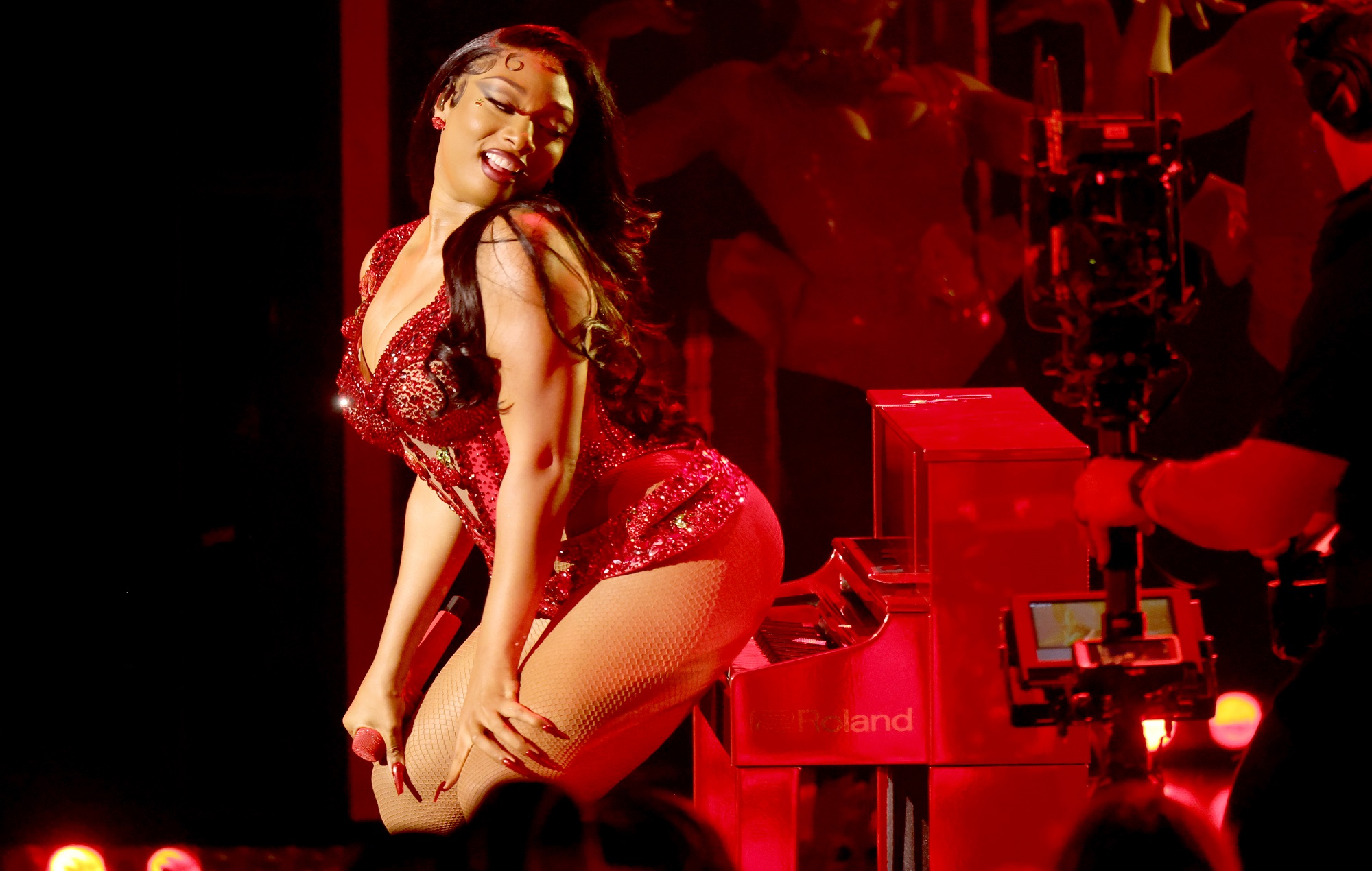 The performance, minus Lipa, saw the rapper take to the stage with a troupe of dancers at the Los Angeles ceremony The Shrine Auditorium before she went on to swing a custard pie in the face of one of her fellow dancers.

She ended the routine by twerking a melody out on a piano. You can view the live performance below.

It comes after the rapper recently defended the video for her joint single, after accusations of “devil worship”.

In it, Megan and Lipa fend off a horde of men in various fantasy settings, at one point burning a castle and men to ashes.

Some fans criticised the video and found the imagery unsettling and creepy, but Megan defended the concept of the video, commenting that the visuals represent the way men have disrespected her and how she has always had to overcome this.

“The symbolism of the video was how when men come for me I eat they ass up every time,” she wrote. “And even when y’all go on y’all’s witch hunts attacking women for whatever reasons y’all make up we still rise from the ashes stronger than ever.”

In other news, Megan recently appeared on the latest episode of Dua Lipa’s new podcast At Your Service, where she spoke out about the “crazy double standards” that women face in rap culture.

At one point in the conversation, Lipa brought up Megan’s previous comments in regards to “rap being a male-dominated ecosystem”, agreeing: “I feel like that about the music industry in general.”

The rapper commented: “I feel like when you think about women doing anything – in general – you think about ‘catty’. [If] it’s five girls in a room, what is the ‘catty’ factor of it all? But that’s what we’ve been taught for so long…

“I feel like boys definitely play a big part in that… in the industry, too.”