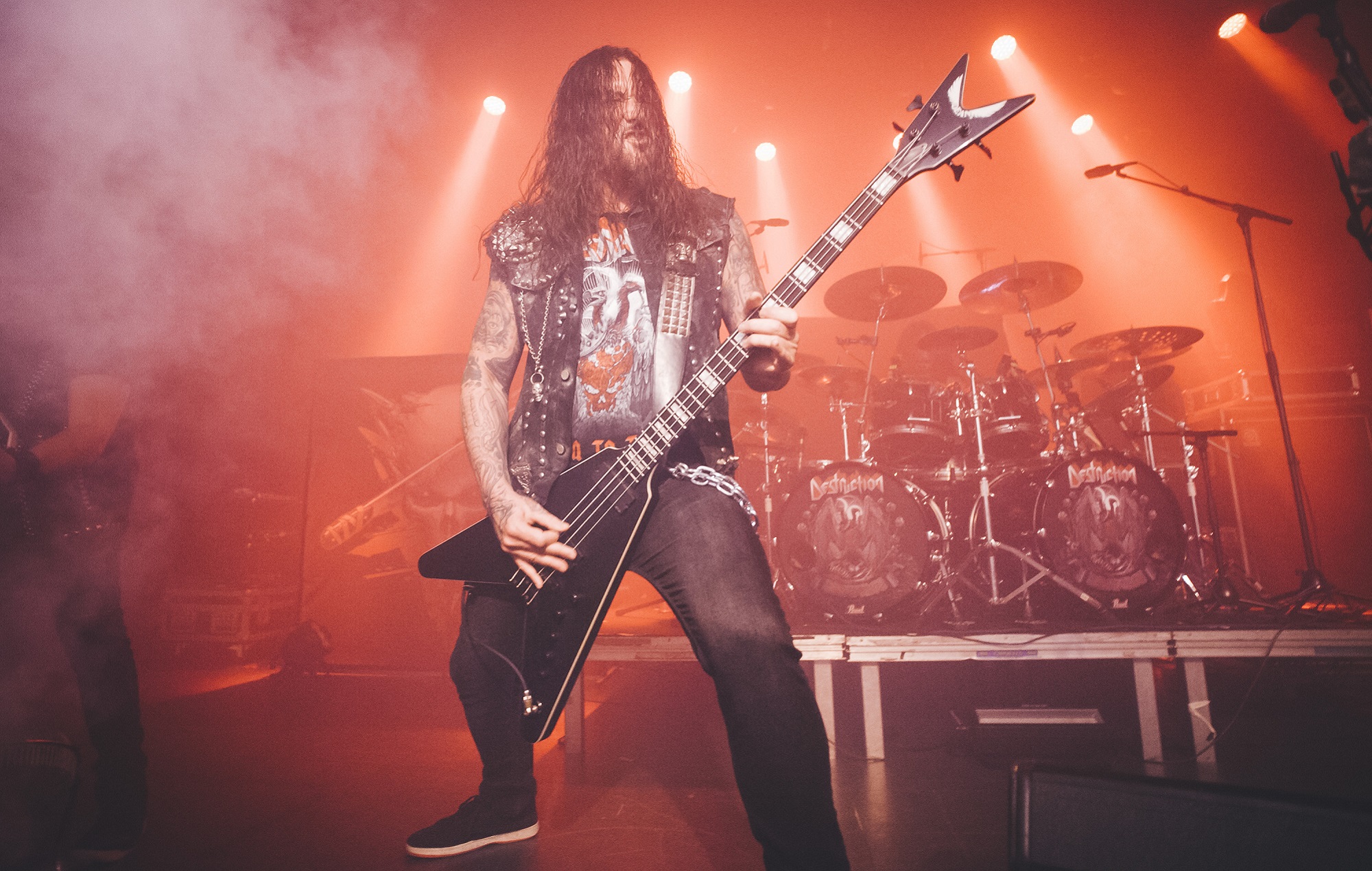 With coronavirus lockdown restrictions gradually easing across much of Europe, German thrash metal outfit Destruction have performed their first two shows to a socially-distanced audience.

The band played to 250 fans on Friday (July 3) and to an audience of 300 the following night at the Z7 club in Pratteln, Switzerland, a venue which can usually accommodate 1,600 people.

The band live-streamed a part of the show on Facebook, which you can see below, along with other pieces of fan footage.

In an interview with Audio Ink Radio two weeks before the shows, Destruction frontman Schmier discussed the prospect of returning to performing live.

“It feels a little bit surreal,” he said. “Nobody expected this to come back so quick, but we’re in the lucky position to live on the Swiss border, and Switzerland is far ahead of all the other countries and are doing concerts in two weeks…

“And there are very little corona cases, so that will be an interesting experience. Of course, a little weird, also, but we’re looking forward.”

In London meanwhile, a new socially distanced, immersive music event and venue will launch in London this October as the coronavirus pandemic continues.

One Night Records have announced that the event and venue, deemed ‘Lockdown Town’, will launch this October at a “secret” pop-up location near London Bridge.