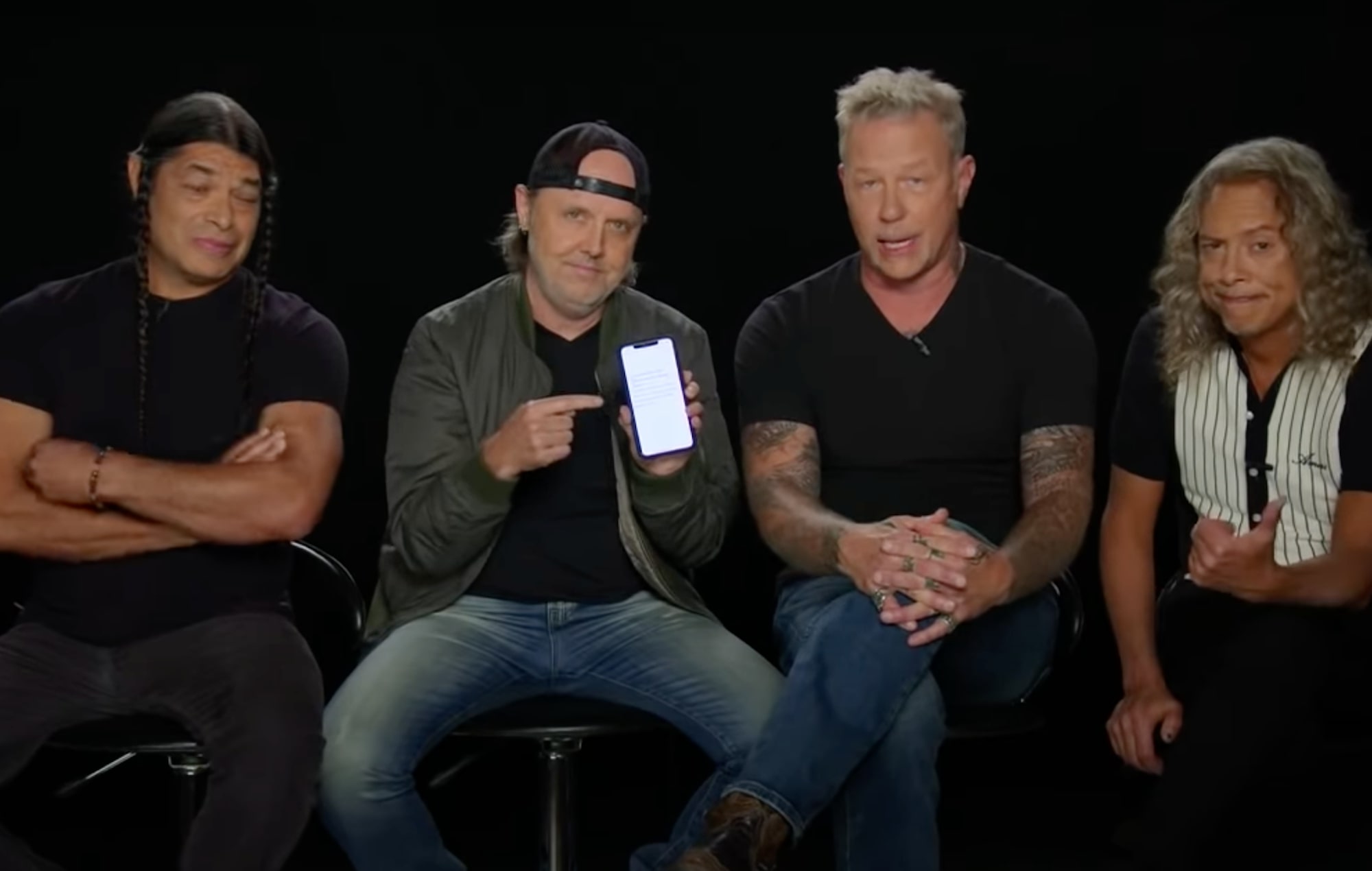 Metallica read some one-star reviews of their seminal record ‘The Black Album’ during an appearance on US TV.

The band are celebrating the album’s 30th anniversary with a new box set and a covers compilation called ‘The Metallica Blacklist’.

During an appearance on Jimmy Kimmel Live! on Friday (September 10), Metallica taped a segment where they read out one-star reviews from customers on Amazon. Before the section, host Kimmel pointed out that the record was 16 times platinum in the US, had won a Grammy and was one of the best-selling albums of all time.

Drummer Lars Ulrich read out the first review, which assessed: “This is by far one of the most loathsome crimes ever committed against music.” Ulrich responded: “Thank you for sharing that opinion.”

Another review, shared by guitarist Kirk Hammett, said: “Face it people, this album sucks. Anybody who thinks this horrible, atrocious, self-titled suck-o-rama CD is worth four or five stars must be braindead from smoking crack.” Watch the full video above.

Metallica also performed the songs ‘Holier Than Thou’ and ‘Wherever I May Roam’ on the show, playing outside the Griffith Observatory in Los Angeles.

Meanwhile, Elton John joined the band on The Howard Stern Show last week (September 9) to praise the track ‘Nothing Else Matters’. “Listen, this is one of the best songs ever written,” he told Metallica.

“It’s a song that never gets old. And playing on this track, I just couldn’t wait. The chord structure, the melodies, the time changes, it’s got drama written all over it.” His comments moved frontman James Hetfield to tears.

In a three-star review of ‘The Metallica Blacklist’, NME called the 53-track record “a fitfully thrilling hodgepodge”.