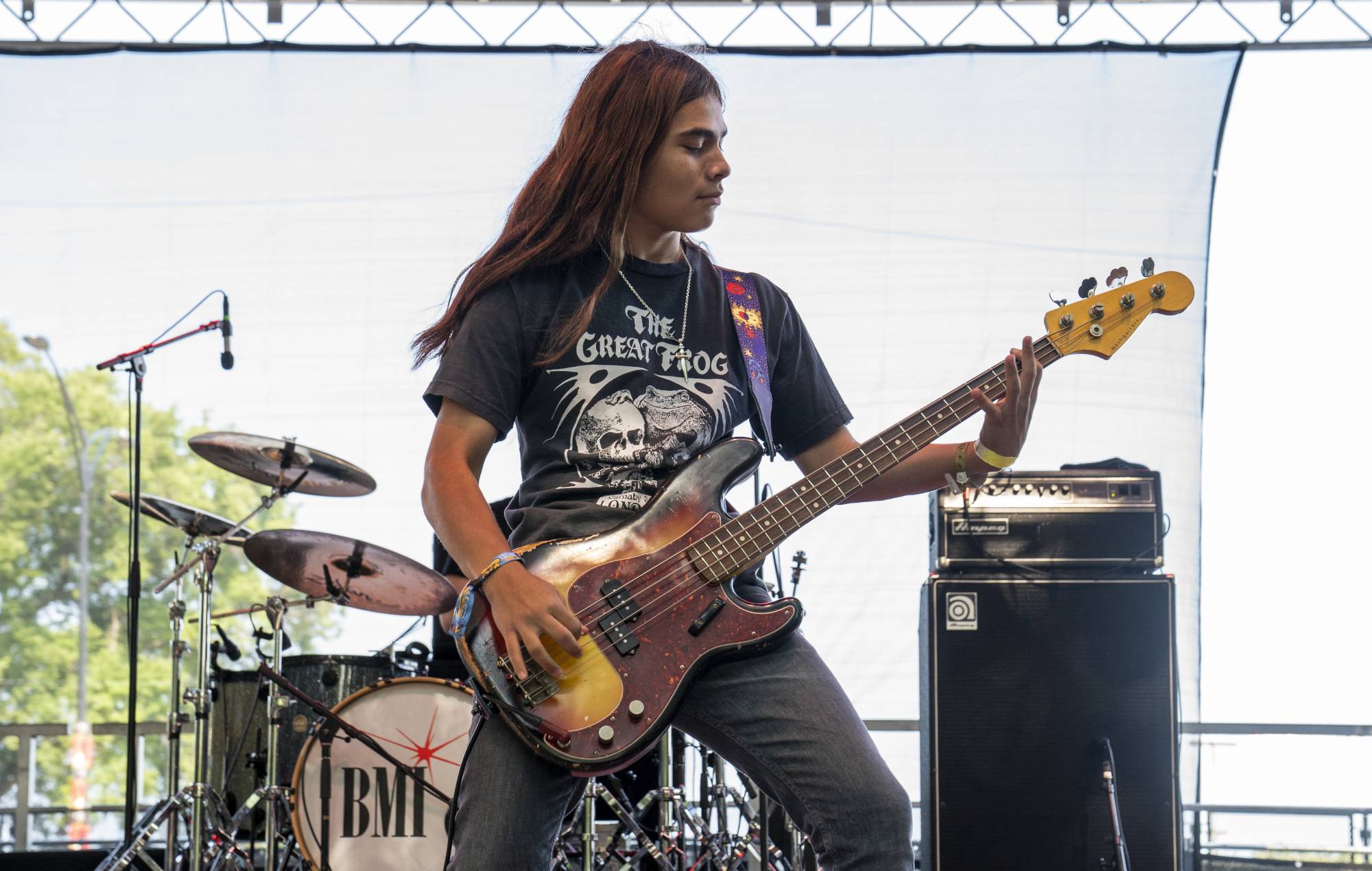 The 17-year-old Trujillo was asked to stand in for Suicidal Tendencies bassist Roberto ‘Ra’ Díaz, who has been busy playing with Korn. Trujillo shared a video on social media of the gig, with the caption “Dallas was dope last weekend!”

The musician previously played with Suicidal Tendencies at the Blue Ridge Rock Festival in Danville, Virginia in September and also in October 2019 at the SoCal Hoedown in San Pedro, California. He also joined Korn for their South American tour in 2017, when he was just 12, to temporarily replace bassist Reginald ‘Fieldy’ Arvizu.

At the time, a statement from the band read: “We are bummed Fieldy can’t join us on this run but excited to do a few gigs with a young player like Tye. We look forward to welcoming our brother Fieldy back when we return to the States in May.”

Díaz, meanwhile, has been filling in for Fieldy throughout Korn’s North American tour, which initially came about following the news that he would be taking an extended hiatus from the band. He cited a need to manage “bad habits” that had “caused some tension with the people around [him]”.

Last month, Korn frontman Jonathan Davis spoke about Fieldy’s hiatus from the band. In an interview with Kerrang!, he discussed the vulnerability of watching “somebody I care about die” and how he’s “not going to fucking do that again.”

“I will feel guilt for the rest of my fucking life because of that,” he continued. “I tried my hardest but perhaps if I’d been a little bit tougher there’d have been a different outcome. I pray that he can figure it out and get better and come back and be a huge part of this band again.”

In other news, Tye Trujillo and Noah Weiland, the son of late Stone Temple Pilots singer Scott Weiland, have formed a new project under the moniker Blu Weekend. The band, fleshed out with guitarist Anthony Laurie and drummer Jackson Morris, made their debut at the iHollywood Film Festival in June.

In an interview with The Blairing Out With Eric Blair Show about the new band, Trujillo was also asked if he would be interested in filling in for Fieldy again should the opportunity arise.

“I’m ready,” he said. “I know the songs from a while back, so I have my experience playing. If they’re interested, I’m obviously more than down to go play with them.”