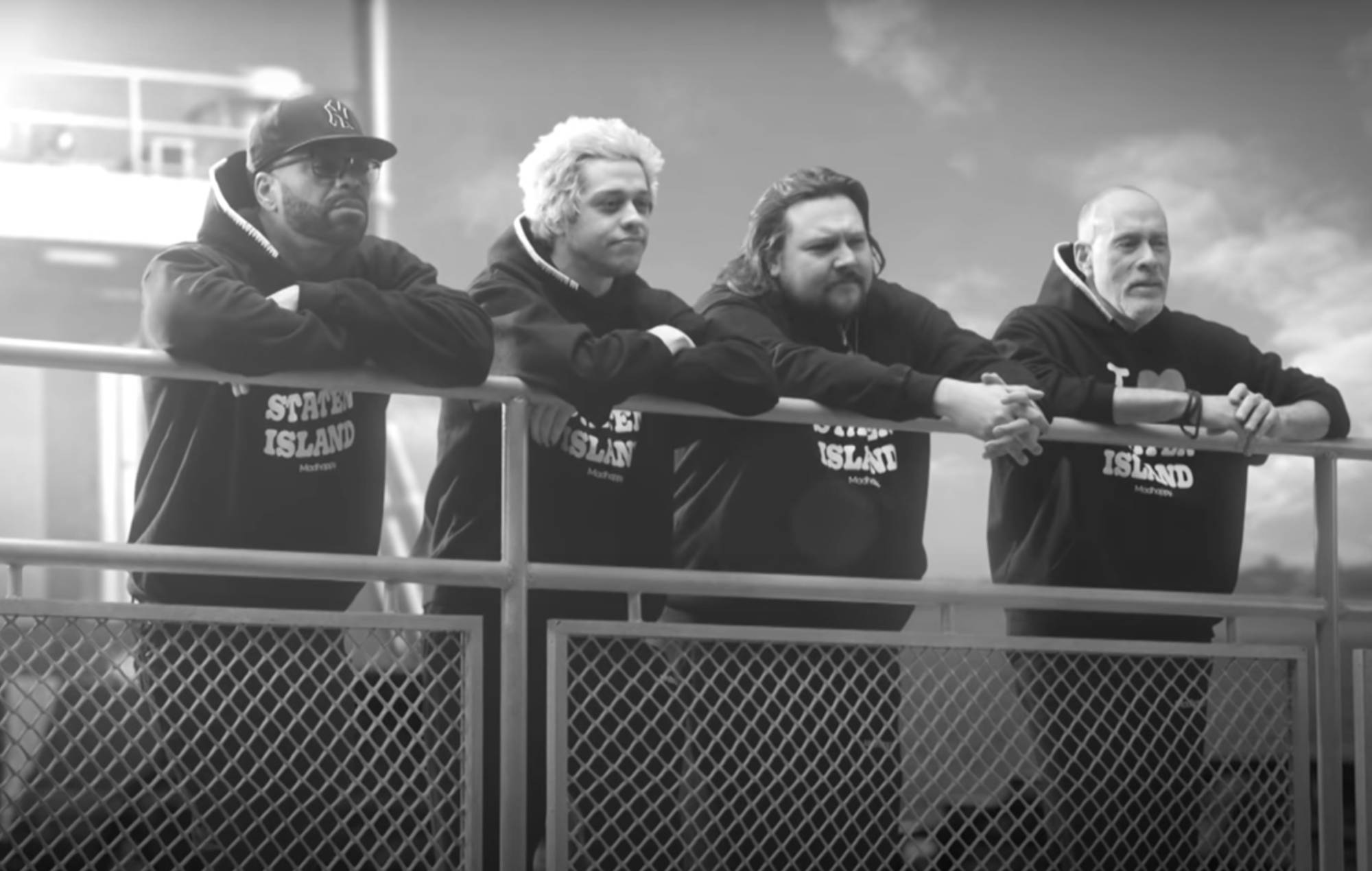 Pete Davidson was joined by Marc Cohn, Method Man and Big Wet on the latest episode of Saturday Night Live to perform a parody of Cohn’s ‘Walking In Memphis’.

In the sketch, Davidson wears an “I <3 Staten Island” hoodie and muses about his hometown, reflecting on its fine sites including the bagel spots, pizza places and garbage dump you can see from space.

Marc Cohn appears briefly, stating his reluctance to join the parody, before fully committing and donning a similar hoodie to Davidson and Big Wet.

The group sing about Staten Island’s unique attractions (“I think this strip club used to be a McDonald’s/ And the zoo is shockingly small”) and mention local celebs like rap legends Wu-Tang Clan and member Method Man, who naturally joins in on the fun.

They all end the song aboard the Staten Island ferry, with Davidson saying “Wow look at the ocean, imagine if we could actually swim in it,” as Method Man points out a dead body floating in the water.

Cohn charted with ’Walking In Memphis’ in 1991, and won a Grammy that year for Best New Artist. The song was notably covered by Cher in 1995 for her 21st studio album ‘It’s A Man’s World’, debuting at number 11 on the UK Singles chart.

During the same episode of SNL, Shang-Chi And The Legend Of The Ten Rings actor Simu Liu made his debut as host and Saweetie served as musical guest.

Elsewhere on SNL, last week’s musical guest Taylor Swift joined Pete Davidson in a sketch about “three sad virgins”, singing a parody song about a “sad Ron Weasley” who looks like a “Big Bird who lost all his feathers.”


It was also recently announced that Billie Eilish would be returning to the SNL stage next month, being both the musical guest and making her debut as host. Other notable artists who have performed double duty include Ariana Grande, Taylor Swift, Britney Spears and more.