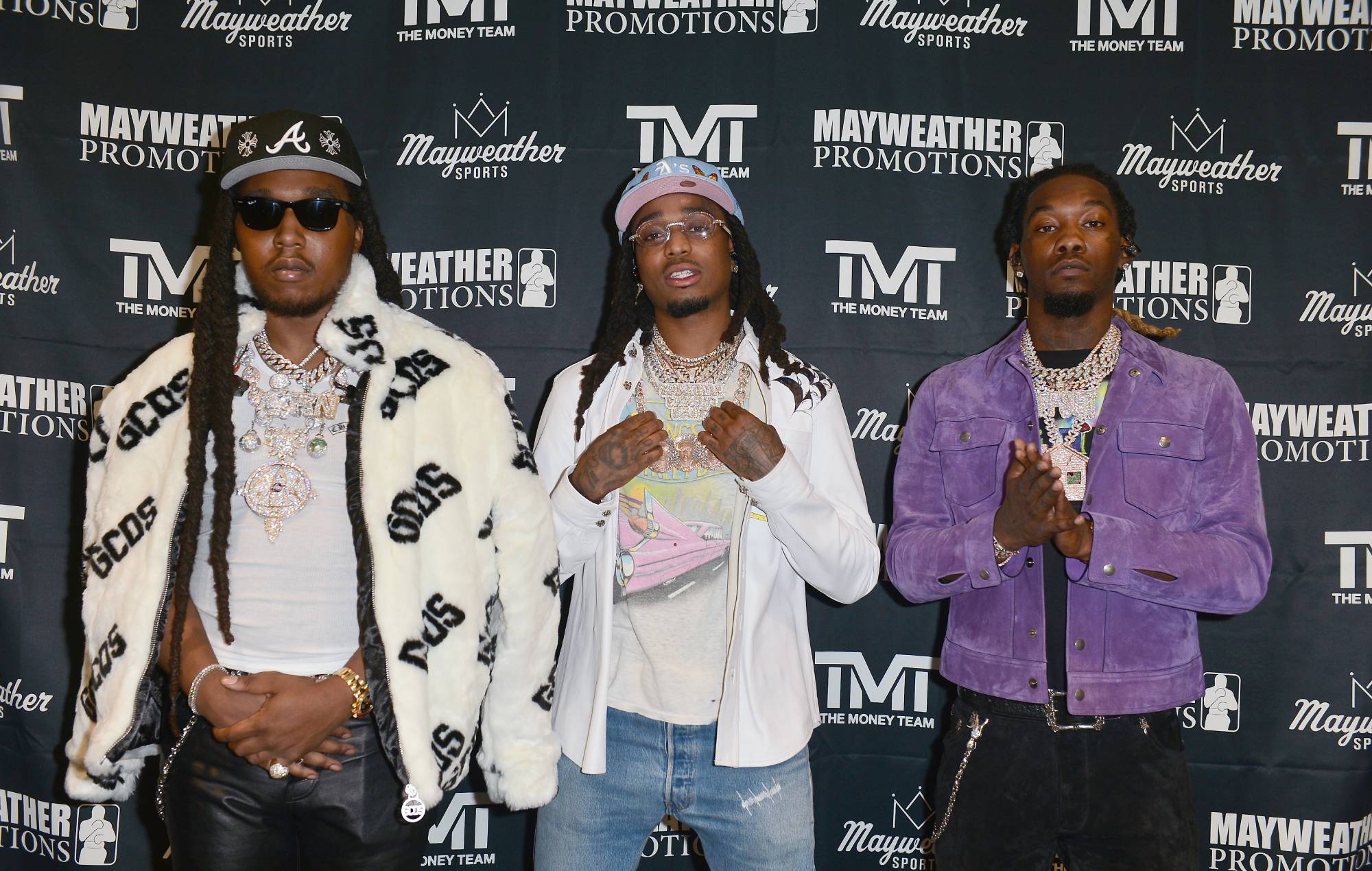 Migos debuted their new song ‘Avalanche’ during their latest performance on The Tonight Show Starring Jimmy Fallon last night (June 9) – you can watch their performance below.

The track is the latest to be previewed from the trio’s new album ‘Culture III’, which is set for release tomorrow (June 11).

Migos performed ‘Avalanche’ for the first time during their Tonight Show appearance, with the new song including an interpolation of the Temptations’ ‘Papa Was a Rolling Stone’.

Quavo, Offset and Takeoff all donned black suits and hats for the performance, which was recorded remotely in an undisclosed studio and featured a full live band.

You can watch Migos perform ‘Avalanche’ in the above video.

This latest preview of ‘Culture III’ follows on from the release last year of Migos’ YoungBoy Never Broke Again collaboration ‘Need It’ and their most recent single ‘Straightenin’.

The new album will include guest features from Drake, Cardi B, Justin Bieber, Future and Polo G. Pop Smoke and Juice WRLD will both feature on ‘Culture III’ posthumously.

In an interview earlier this week, Offset proclaimed that Migos will “lead the pack” with ‘Culture III’.

“We doing things other people can’t do because we the only group,” the rapper said. “We got creative with our flows so we could stamp another.”