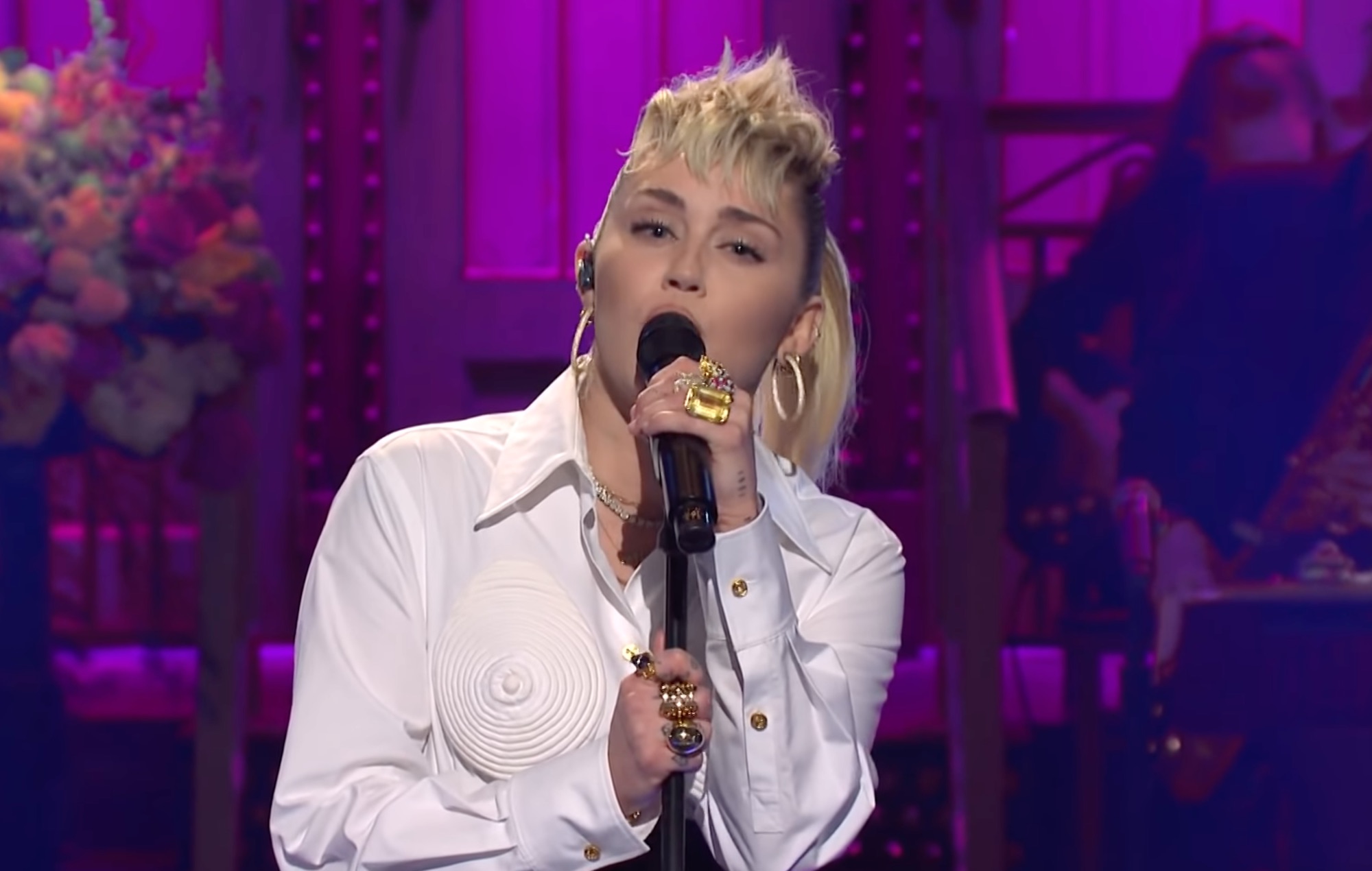 Miley Cyrus performed a trio of tracks on last night’s episode of Saturday Night Live – see the performances below.

Last night’s (May 8) edition of the show was controversially hosted by Elon Musk, and marked Cyrus’ seventh time as the musical guest.

As well as playing the title track from her latest album ‘Plastic Hearts’, Cyrus also teamed uo with The Kid LAROI to perform their latest collaboration ‘Without You’.

Alongside those two performances, Cyrus also shared a cover of her godmother Dolly Parton‘s ‘Light Of A Clear Blue Morning’ for the show’s cold open, which saw the show’s cast and guests celebrating Mother’s Day, which falls today (May 9).

See all three performances below:

Cyrus last appeared on Saturday Night Live in April 2020, when she performed the Pink Floyd classic, ‘Wish You Were Here’.

She’s also taken on hosting duties on several occasions: 2011 with musical guests The Strokes, then again on double duty as host and performer in 2013 and 2015.

Elon Musk’s duty as host of last night’s episode was met with criticism by both SNL cast members and many on social media.


According to Page Six, SNL boss Lorne Michaels allowed cast members who are uncomfortable with Musk’s booking as host to sit out their usual duties of appearing alongside the episode’s host in sketches.

“Speaking historically, if a cast member has been that unhappy, they don’t have to do it,” an SNL source said. “[Michaels] won’t ever make them do anything they don’t want to do.”