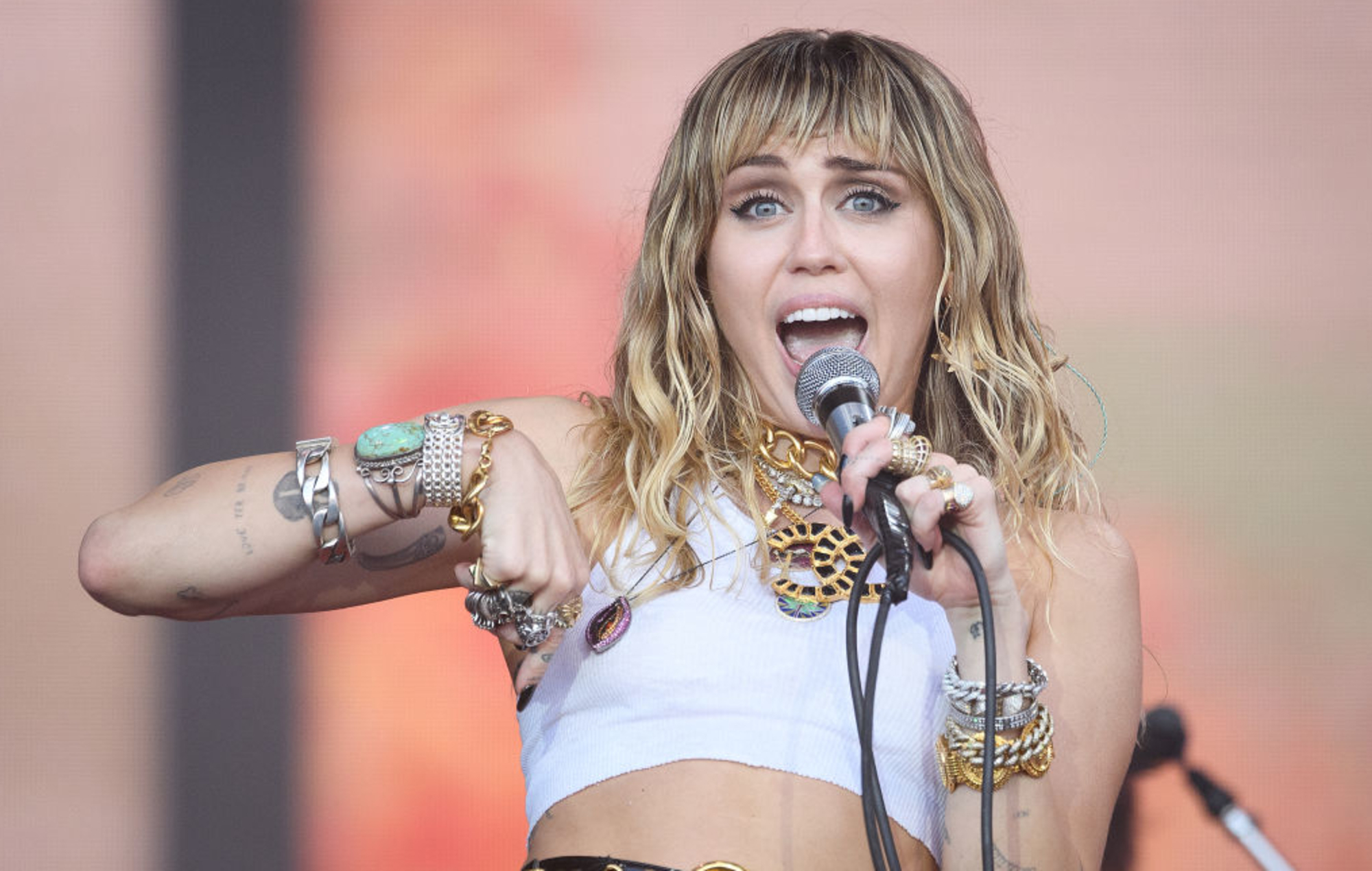 Explaining why she chose to cover the song, she joked: “I think it’s very important to be transparent. I’m freshly single, so anyone watching that’s my future ex-husband, just know, I told you.”

You can watch Cyrus’ performance of the song below:

Cyrus also performed her new single ‘Midnight Sky’ on the Jimmy Fallon-fronted late night talk show – you can watch the performance below.

Elsewhere during her appearance, Cyrus discussed her relationship with godmother Dolly Parton and clearing a sample with Stevie Nicks.

Meanwhile, Miley Cyrus has accused MTV of sexism following a behind-the-scenes encounter while filming for this year’s VMAs.

During a new lengthy discussion on The Joe Rogan Experience, Cyrus said she had asked for the lighting to be placed directly on her during the performance.

She explained that she hadn’t been making “diva” demands on-set but wanted to ensure there was “no key light [or] no beauty light” shining.