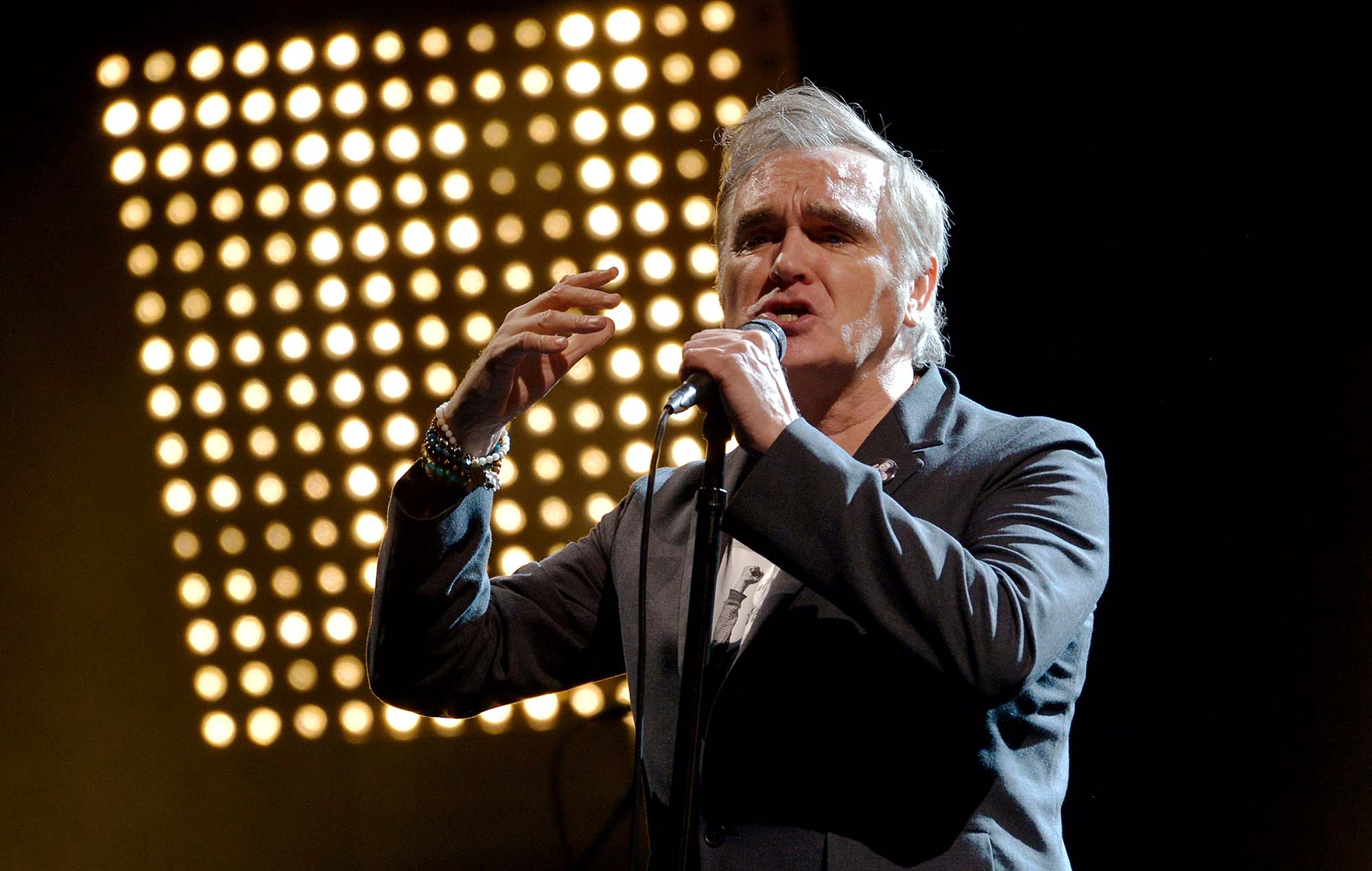 Morrissey has performed his new song ‘Kerouac’s Crack’ for the first time in Blackpool. Watch a clip of the performance below.

He debuted the track, which comes from his upcoming album, ‘Bonfire Of Teenagers’, last night (September 28). Morrisey’s current tour kicked off in Killarney on September 24 and will run until October in Brighton. Announced via the singer’s website, the singer’s fourteenth solo album has 11 tracks and was completed in Los Angeles.

“The worst year of my life concludes with the best album of my life,” a quote from Morrissey states of the album, with a note adding: “Morrissey is unsigned. The album is available to the highest (or lowest) bidder.”

‘How Soon Is Now?’
‘We Hate It When Our Friends Become Successful’
‘Our Frank’
‘Knockabout World’
‘First of the Gang to Die’
‘Sure Enough, the Telephone Rings’
‘Rebels Without Applause’
‘I Am Veronica’
‘Frankly, Mr. Shankly’
‘My Hurling Days Are Done’
‘Half a Person’
‘Bonfire of Teenagers’
‘Everyday Is Like Sunday’
‘Never Had No One Ever’
‘Kerouac’s Crack’
‘Please, Please, Please Let Me Get What I Want’
‘The Loop’
‘Jack the Ripper’
‘Irish Blood, English Heart’

Morrisey’s recent tour has been filled with debuts, including a performance of the track ‘Bonfire of Teenagers’ back in July. He previously said the song was inspired by “England’s 9/11”, the Manchester Arena bombing. In May, he debuted the album single ‘I AM Veronica’ for the first time.

The former Smiths frontman’s UK and Ireland dates also saw him play ‘Please, Please, Please’ for the first time in nearly a decade. Watch him perform the track during his Gleneagle INEC Arena stop in Ireland earlier this month below.

It has been almost a year since Morrisey announced ‘Bonfire Of Teenagers’, his first since leaving his former label BMG. Last May, he said it would be “sold to the highest bidder,” however details of a label and firm release date are yet to emerge.View the rest of Morrisey’s UK tour dates and purchase tickets here.

Earlier this month, Morrisey announced a run of US tour dates, kicking off in November. The ‘Live In Concert’ tour kicks off in Ontario, California on Friday November 11.

Morrissey is then set to undertake an additional ten shows across America, including two nights at The Magnolia in El Cajon, CA. View the full itinerary and ticket details here.