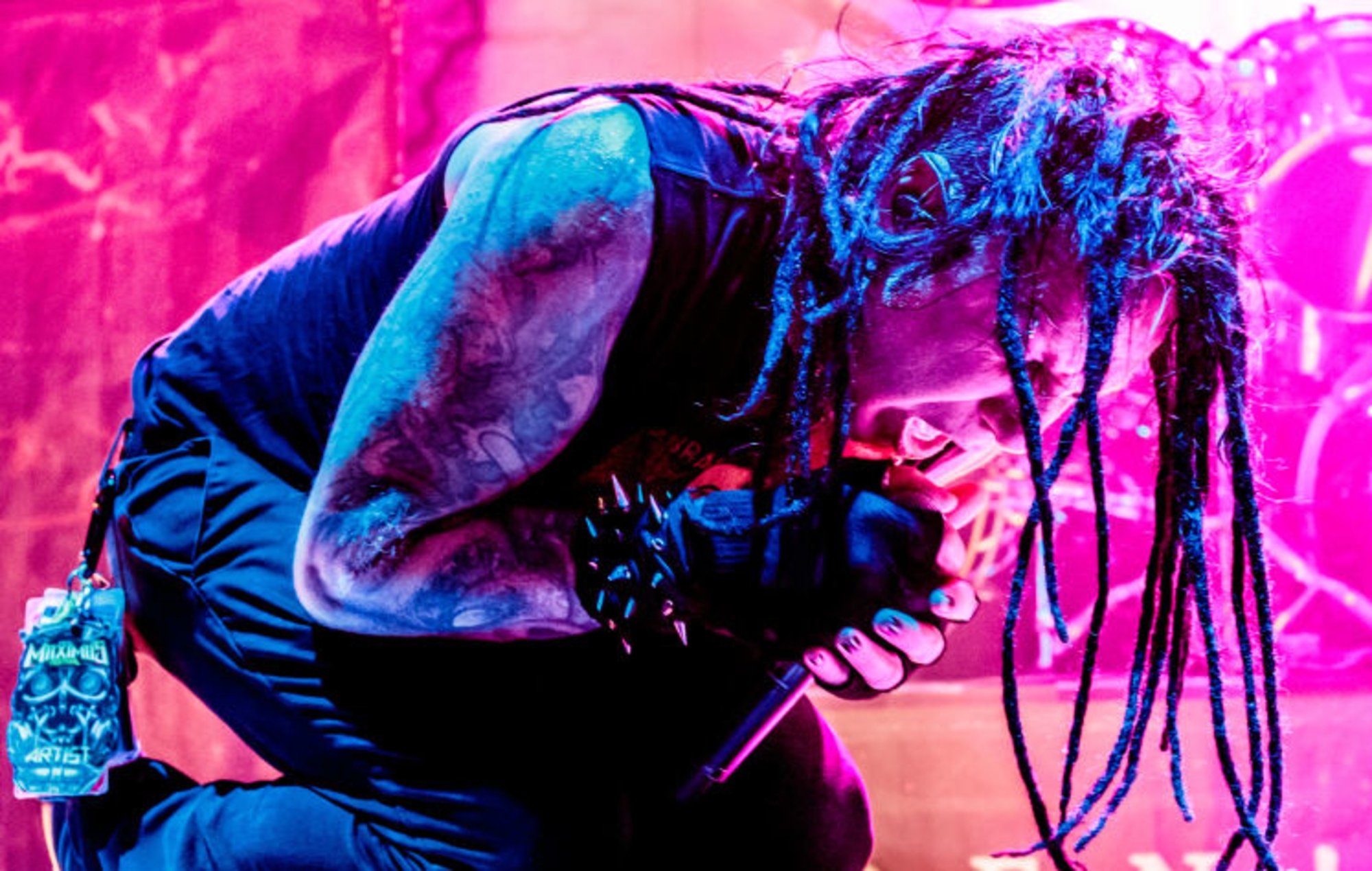 Watch Mudvayne perform together for the first time in 12 years

Mudvayne headlined this weekend’s Inkcarceration Festival in Ohio, marking the first time the band have performed together in 12 years.

The nu-metal band, who formed in 1996 and is made up of Chad Gray (vocals), Greg Tribbett (guitar, backing vocals), Matthew McDonough (drums, synthesizer) and Ryan Martinie (bass), went on hiatus in 2010, a year after the release of their self-titled fifth studio album.

Since then, vocalist Chad Gray has been fronting the band Hellyeah, of which Mudvayne guitarist Greg Tribbett is a former member.

In July, the band announced they were reuniting and shared a rehearsal video for some of their upcoming shows. One of those gigs was their headline slot at last night’s (September 11) Inkcarceration Festival, famously held at the former Ohio State Reformatory where The Shawshank Redemption was filmed.

The festival kicked off on Friday (September 10) and will end later today (September 12). Artists on the line-up from across the weekend include Slipknot, Rob Zombie, A Day To Remember, Mastodon, Killswitch Engage, Asking Alexandria, Halestorm, Beartooth and more.

You can watch clips and see pics from Mudvayne’s performance below:

The glorious return of Mudvayne!! pic.twitter.com/QndwjRWA65

The band will also play the festivals Louder Than Life in Kentucky, Aftershock in California and Welcome To Rockville in Florida, all organised by Danny Wimmers Presents.

Wimmers, said in a recent statement that Mudvayne were one of the most requested acts for the upcoming festivals and that they have “been working for years to make this happen”.

“We were hoping to announce this in 2020, we’re fortunate enough to be able to do it in 2021, and DWP is super pumped to have Mudvayne exclusively at all four of our festivals this year.”

Wimmers said they initially intended to announce the shows in 2020. A year prior to that, bassist Ryan Martinie discussed a possible reunion during an interview with Metal Sucks.

“Man, there’s always talk. Which is a good thing. I’m fortunate enough that the thing that we made together still garners some kind of interest from our fans and for those people who may have wanted to see us and never got to. There’s still kind of the ‘man, are they gonna do it?’,” Martinie said.