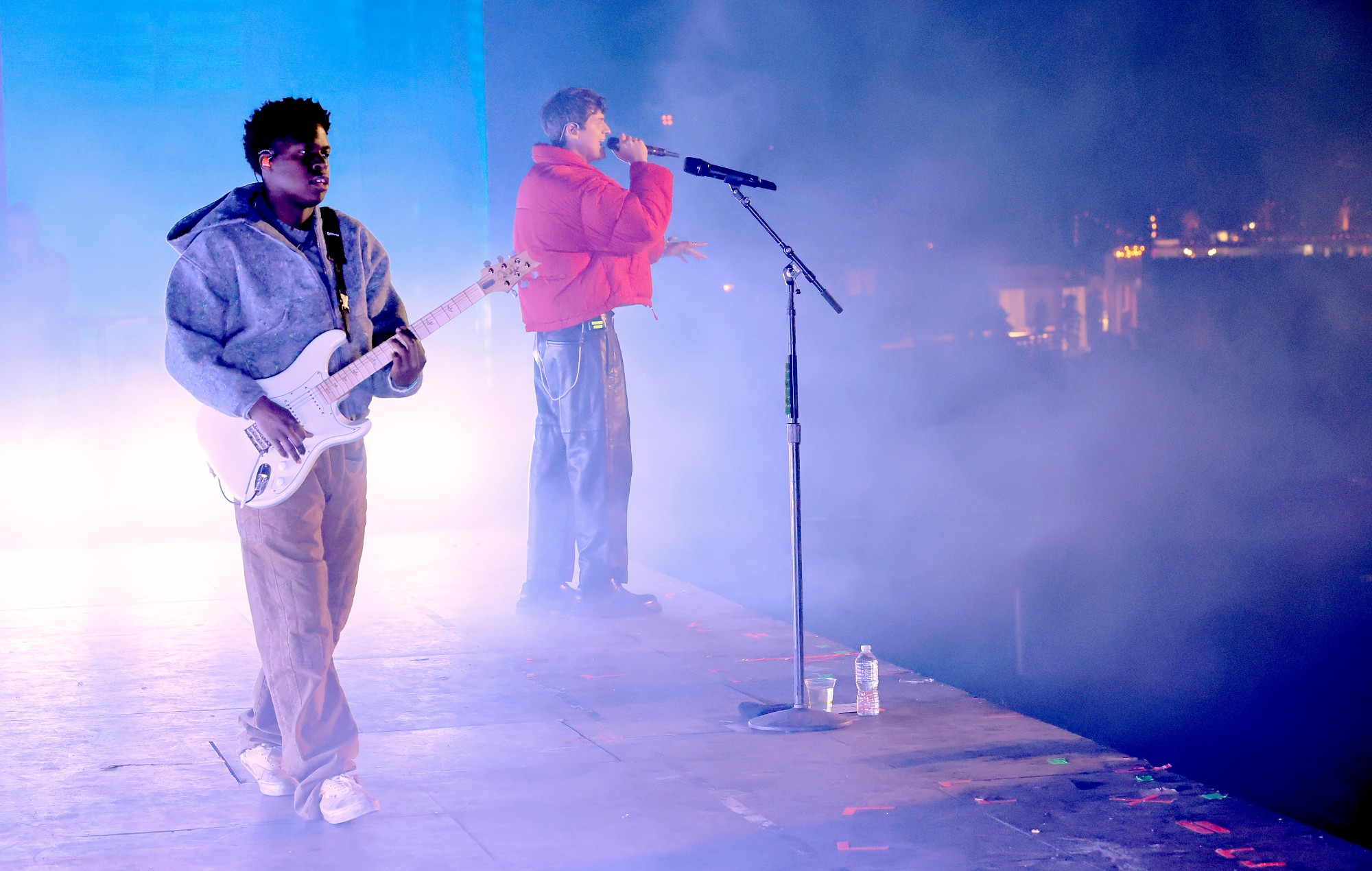 After performing his own set on the Outdoor Theatre earlier in the day, Apollo joined Caesar during his set on the Coachella Stage to run through their sleek pop song ‘Invincible’.

At the end of the track, Caesar introduced Apollo to the crowd and called him “the greatest”. Check out footage below.

Apollo released the Caesar-featuring song ‘Invincible’ in February alongside news of his debut album. ‘Ivory’ was then released earlier this month (April 8).

In a four-star review of the album, NME wrote: “The arrangements are consistently lush and layered, while Apollo’s pleas of confusion, unrequited crushes and disappointments often evolve into glossy alt-R&B triumphs.”

During Weekend One of Coachella 2022, Daniel Caesar brought out Justin Bieber during his ten-track set on the main stage. The pair performed their pop R&B megahit ‘Peaches’.

Caesar also gave ‘Please Do Not Lean’, the lead single from his upcoming third album, its live debut. The track was officially released earlier this week (April 22) and sees the popstar teaming up with BADBADNOTGOOD.

About the new track, Caesar explained, “‘Please Do Not Lean’ represents a deeper understanding of myself and acknowledging the responsibilities I currently hold, respecting them and knowing my limits of when I can take on more. This is an introduction to the sound and tone of the next chapter in my career.”

Meanwhile, following his performance at Coachella, Apollo is set to take ‘Ivory’ on the road across America and Europe, including a headline show at the soon-to-be-reopened KOKO in London.

Elsewhere at weekend two of Coachella, Billie Eilish was joined by Paramore’s Hayley Williams for an acoustic run through of ‘Misery Business’ while Harry Styles was joined by Lizzo to cover One Direction and ‘I Will Survive’.