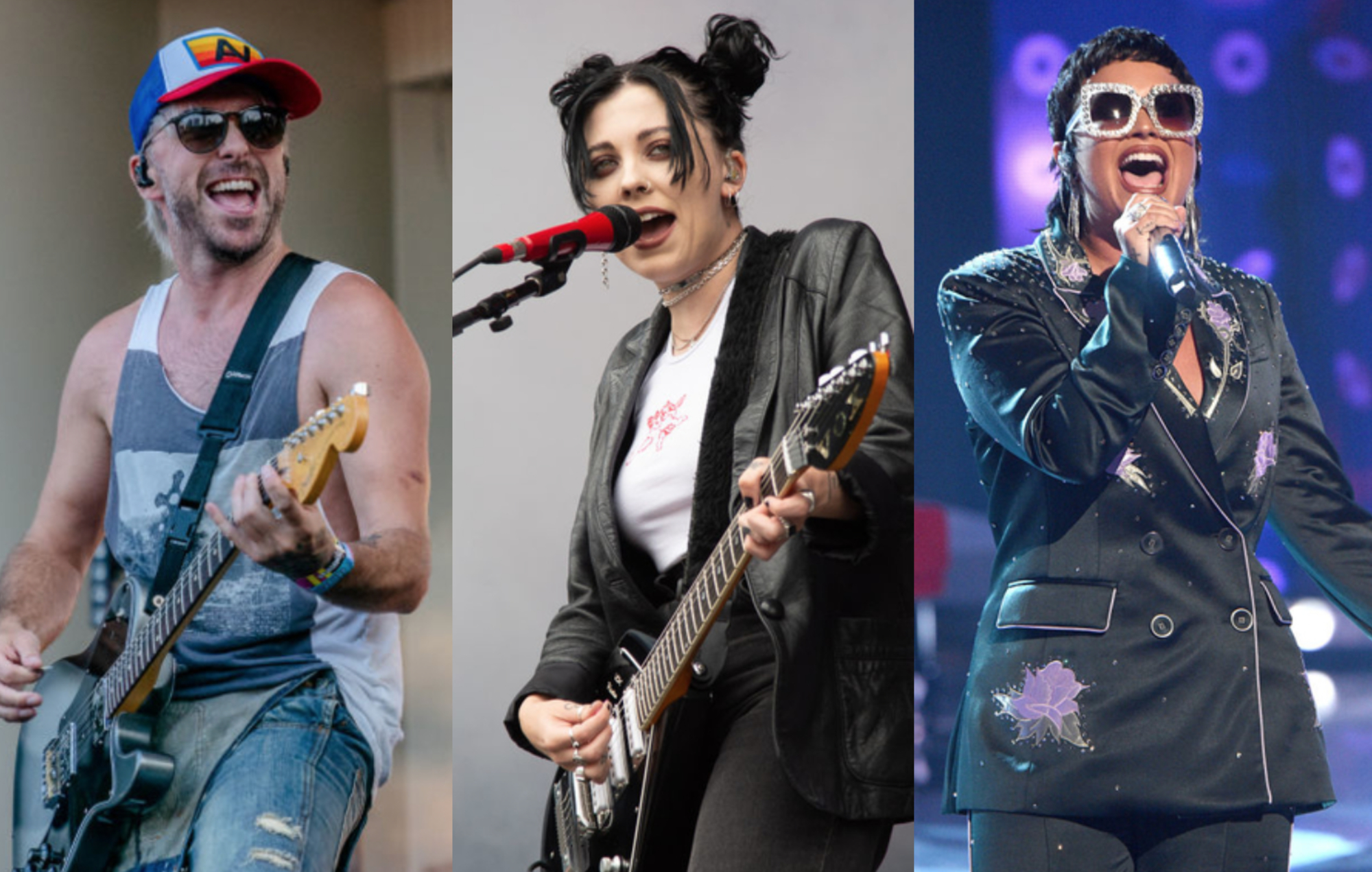 All Time Low brought out a few special guests during the Anaheim, California stop of their Sad Summer Fest tour over the weekend.

The Baltimore band kicked off the tour in Sacramento on Saturday (August 7), followed by Anaheim on Sunday (August 8) – the latter of which saw them joined by Demi Lovato and Heather Baron-Gracie of Pale Waves.

Gracie and All Time Low teamed up for a performance of their recent collaboration, ‘PMA’, while Lovato took it back to last year with a performance of ‘Monsters’, taken from the band’s ‘Wake Up, Sunshine’ album.

You can catch both performances below:

In a recent instalment of NME’s Friends Like These video series, All Time Low frontman Alex Gaskarth opened up about the meaning behind the single.

“‘PMA’ was born from sitting around during lockdown,” he explained. “It was born out of all the self-reflection I found myself doing during all of the quiet moments during last year.”

“[There’s] not a whole lot going on and not much to distract you from your own thoughts and feelings and internalising all of those things,” he continued. “Post Modern Anxiety in the context of this song… is a reflection of all of the places I went mentally during lockdown. [I was] feeling bored, feeling sheltered, feeling trapped and feeling anxious about the future, anxious about the world. The chorus of it, to me, is [saying] ‘I know I’m gonna be okay and I’m comfortable in my own skin’.”

Baron-Gracie told Gaskarth: “I love the song and I love your band too.”

She then explained how she came to be on the song. “I was in Nashville and you were in LA. We spoke about our love for music and then [Alex] sent me the track and it said ‘Post Modern Anxiety rough’. I was like ‘how is this rough? — it already sounds so amazing!

The Pale Waves frontwoman also revealed they’ve been working on further collaborations. “It was so fun and we actually started another song too. We have to finish that!”.