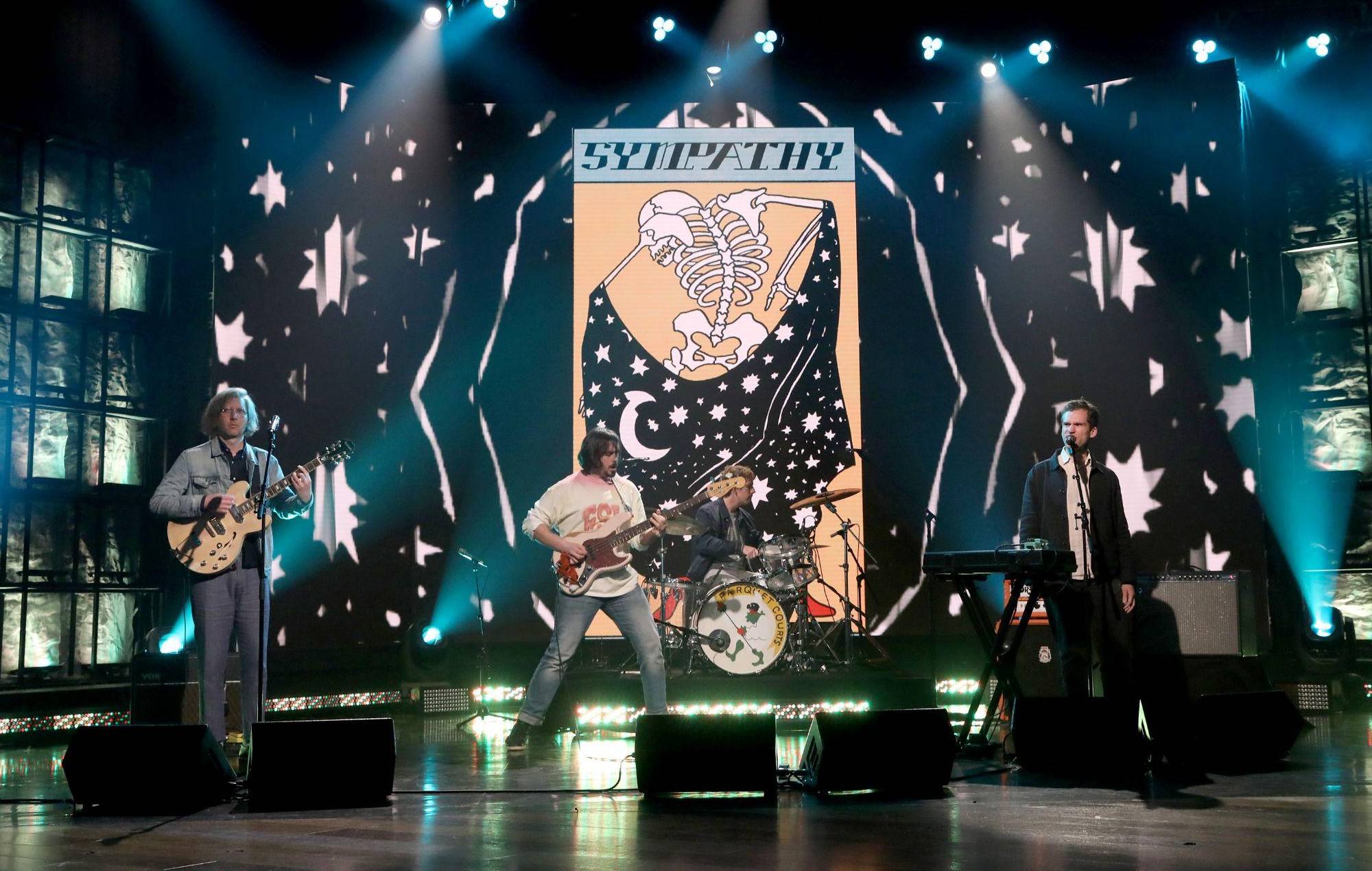 Parquet Courts have debuted their new single ‘Watching Strangers Smile’ on The Ellen DeGeneres Show – you can watch their performance below.

The track follows on from the arrival of the four-piece’s latest album ‘Sympathy For Life’, which was released last October.

Recorded during the same sessions as their recent Rodaidh McDonald-produced LP, ‘Watching Strangers Smile’ will be available on streaming services from midnight tonight (January 12).

The track has been debuted by Parquet Courts during their latest appearance on the Ellen show, which you can watch below.

“Interestingly enough, this song is the B-side to the ‘Black Widow Spider’ single, which was released only in Japan via Big Love Records,” frontman Andrew Savage said in a statement.

“The music was recorded during the sessions for ‘Sympathy For Life’, but it was left unfinished. I recorded the vocals on my own to sort of keep from going stir crazy that first lockdown summer. Apologies to my neighbours for the long afternoon spent screaming these vocals in my bedroom.”

The band also performed the fan-favourite ‘Stoned and Starving’ during their Ellen appearance at the request of the titular host, which will be shared at a later date.

Parquet Courts will head to the UK and Ireland in June for a string of tour dates, details of which you can see below. Any remaining tickets are available here.