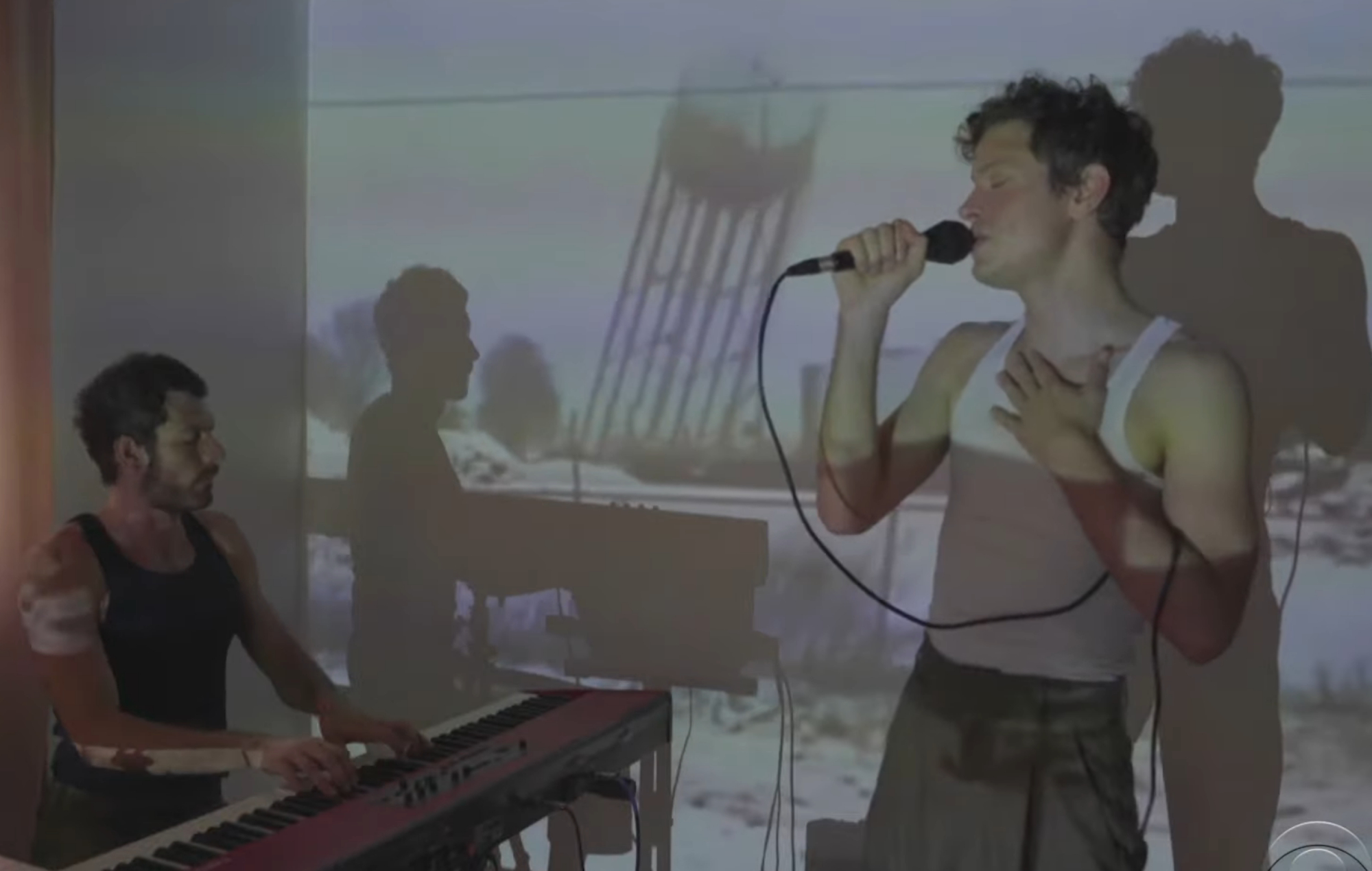 Perfume Genius performed a new, stripped-back version of ‘Whole Life’ on Friday (August 21) on a remote episode of The Late Show With Stephen Colbert – watch it below.

The singer-songwriter, born Mike Hadreas, made up for the lack of studio lighting with a home projector, splaying images of falling water towers onto the wall behind him. His partner and bandmate Alan Wyffels joins him on piano.

It’s the first home performance of the ‘Set My Heart On Fire Immediately’ album cut to date. Hadreas performed ‘On The Floor’ and ‘Jason’ in an empty venue for a remote episode of The Tonight Show with Jimmy Fallon in July.

Hadreas released ‘Set My Heart on Fire Immediately’ back in May.

“He may have dialled the swagger back a little for album five, but his music still simmers with intensity, rather than bursting into flames.”

Last week, Hadreas shared a new video for a nearly decade-old demo of ‘Rusty Chains’, a song which originally appeared as a bonus track on 2012 album ‘Put Your Back N 2 It’.

Over the last month, Hadreas has also shared three fan made videos for ‘Without You’. Three fans were selected as directors, and each received up to $1,000 for the making of the video and another $1,000 to be donated to a charity of their choice.