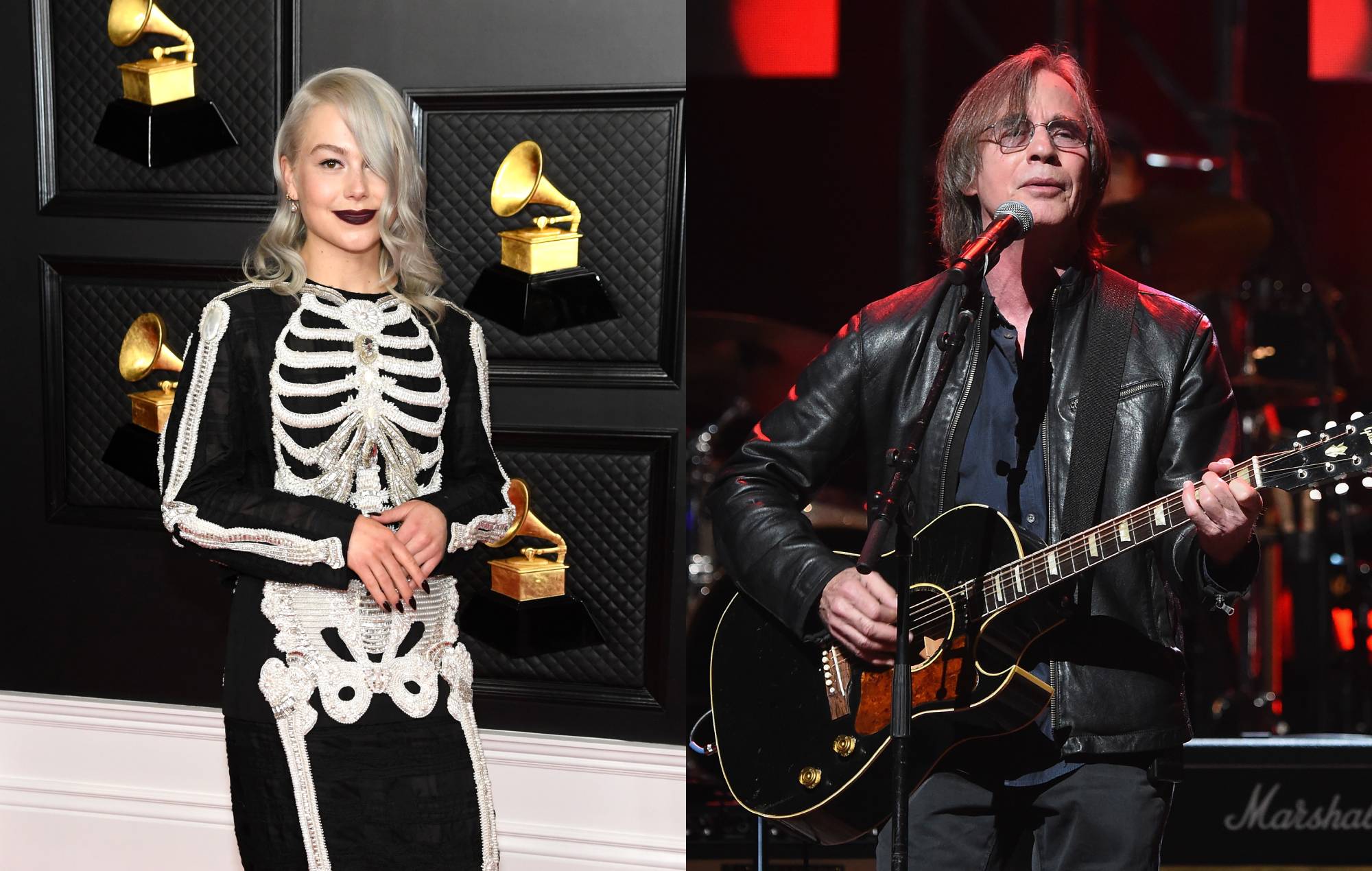 Phoebe Bridgers features in the new video from Jackson Browne for his latest song ‘My Cleveland Heart’ – you can watch the clip below.

The track is taken from Browne’s upcoming new solo album ‘Downhill From Everywhere’, which will be released on July 23 via his own Inside Recordings.

Browne stars in the official video for ‘My Cleveland Heart’, which has been released today (May 19). The Alissa Torvinen Kouame–directed clip sees Browne undergoing robotic heart surgery in front of an audience of doctors, with Bridgers assisting in the procedure.

“I thought it was really appropriate to take out my worn-out, useless heart and hand it to Phoebe,” Browne said about the video to Rolling Stone. “Who better to hand [it] to than somebody young, strong and possibly as cynical as me?”

You can watch the unsettling video for Jackson Browne’s ‘My Cleveland Heart’ below.

“What an honour to collaborate with Jackson,” Torvinen Kouame, who also directed Bridgers’ ‘I Know The End’ video, said in a statement about the new Browne clip. “His creativity is inspiring, not solely in music, but in everything he puts his energy into.

“We came up with a script for the video very serendipitously, and Phoebe joining us was a wonderful surprise. The way she received Jackson’s heart and the shot of her watching from the wings… perfectly dark and poetic and Phoebe.”

Speaking about his upcoming new album, Browne said: “There’s a deep current of inclusion running through this record. I think that idea of inclusion, of opening yourself up to people who are different than you — that’s the fundamental basis for any kind of understanding in this world.”


Bridgers and Browne previously collaborated back in March on a new version of the former’s ‘Punisher’ song ‘Kyoto’.