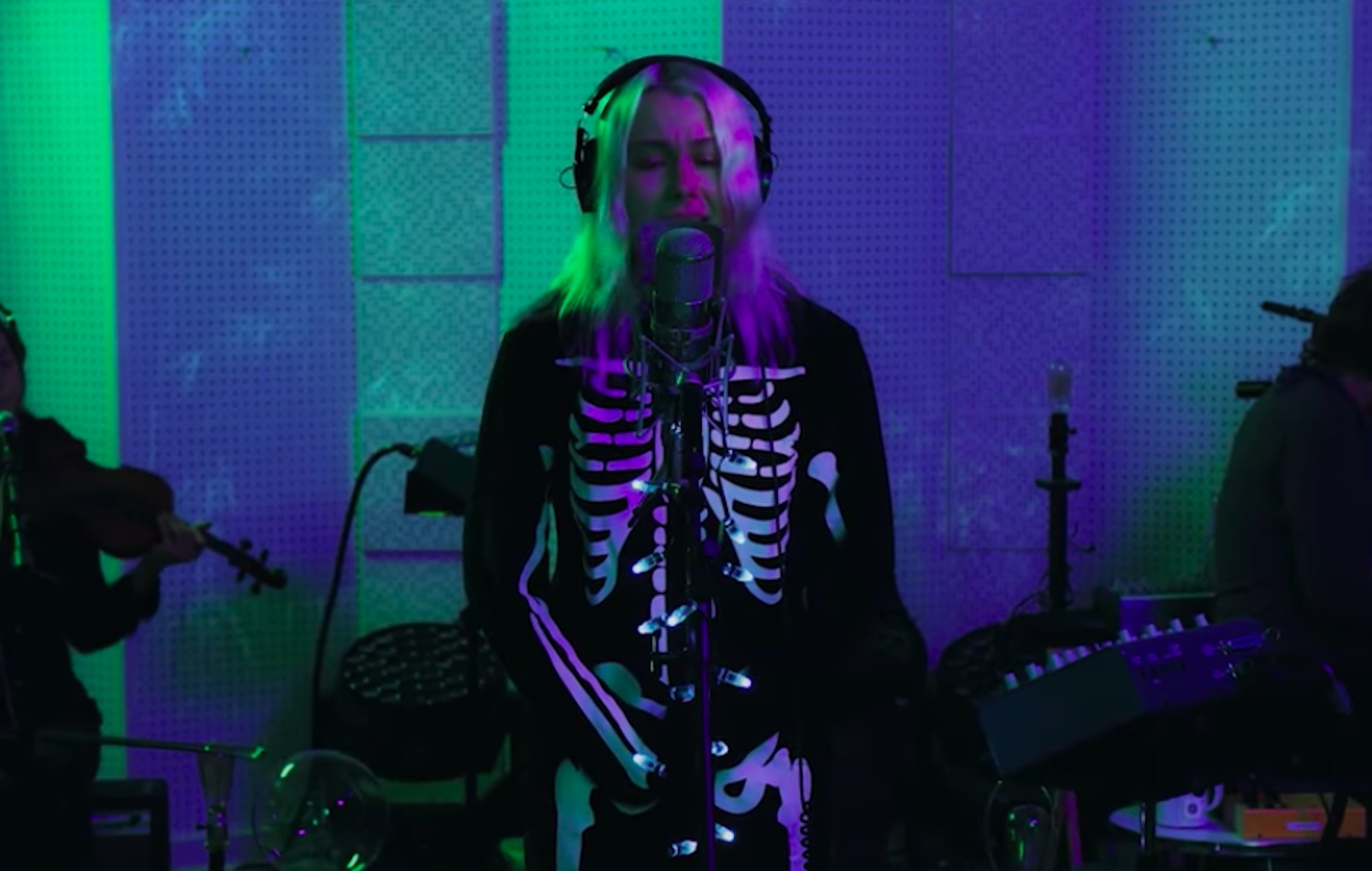 Phoebe Bridgers brought new album ‘Punisher’ to US television this week – watch her perform three tracks on CBS This Morning below.

The singer performed recent singles ‘Kyoto’, ‘Garden Song’ and ‘I Know The End’ on the show, while donning her trademark skeleton suit.

The new performance was the latest in a handful of TV appearances Bridgers has made since the release of ‘Punisher’. Earlier this week, she performed in a green-screened Oval Office for NPR’s Tiny Desk (Home) Concert.

Bridgers previously also performed ‘Kyoto’ in her bathtub while appearing on Fallon, and drove around a car park while singing ‘I See You’ for a solo version of James Corden’s Carpool Karaoke segment.

Watch Phoebe Bridgers play on CBS This Morning below.

Bridgers released her second album ‘Punisher’ via Dead Oceans in June. A five-star NME album review called it “atmospheric indie with an undercurrent of anxiety,” adding: “Bridgers has previously stated that ‘Punisher’ explores “crying” and numbness – which is certainly true – but what it most successfully captures is stasis, and an undercurrent of anxiety around what lies in the future.

“The LA songwriter’s ability to paint this lingering feeling of dread so vividly is perhaps the biggest factor in her rapid rise to cultish indie household name; just look at the state of the world right now.”