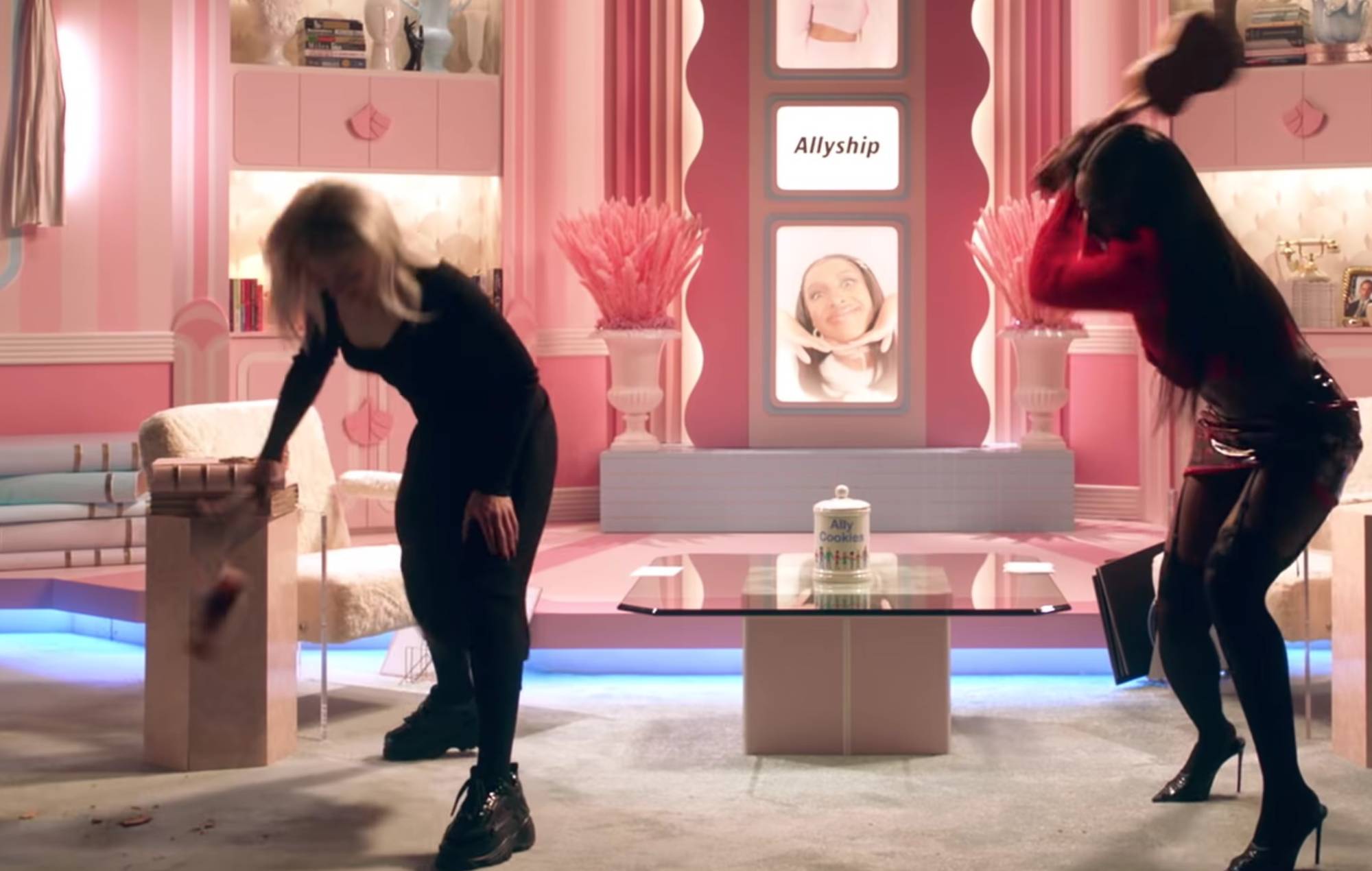 Phoebe Bridgers joined Ziwe for a bout of ukelele-smashing in a trailer for the comedian and host’s new variety show.

Ziwe Fumudoh is best known for her Baited Instagram Live series, and is now set to bring her talents to a TV series that will feature “musical numbers, interviews and sketches that challenge America’s discomfort with race, politics, & other cultural issues.”

In the trailer, Ziwe suggests that she and Bridgers break some ukeleles, to which the ‘Kyoto’ singer responds: “Yeah, I’d love that.”

The clip also includes appearances from the likes of Fran Lebowitz, Jane Krakowski, Bowen Yang, Patti Harrison, and Cole Escola. ZIWE is set to premiere May 9 on Showtime. Watch the full trailer below.

Bridgers’ guitar-smashing performance on SNL back in February provoked a strong response from various corners of the music world, with veteran musician David Crosby stating the act was “pathetic” (leading to Bridgers deriding Crosby as a “little bitch”) while Dave Grohl praised the performance and said it “feels fucking good to do it”.

Now the guitar in question is up for auction, with all proceeds going to The Gay & Lesbian Alliance Against Defamation (GLAAD). You can bid on the piece of live TV history here, with the highest bid currently standing at $18,000 (£13,100).

‘Mountain Crystals’ appears on Luminous Kid’s forthcoming debut album ‘at the end of the dream’, due out on April 23.


The new collaboration is the latest in a line of link-ups Bridgers has appeared on in 2021. Earlier this month, the singer joined forces with Jackson Browne for a new “sadder” version of ‘Punisher’ highlight ‘Kyoto’, while in January she lent her dulcet tones to longtime friend Charlie Hickey’s latest track, ‘Ten Feet Tall’.