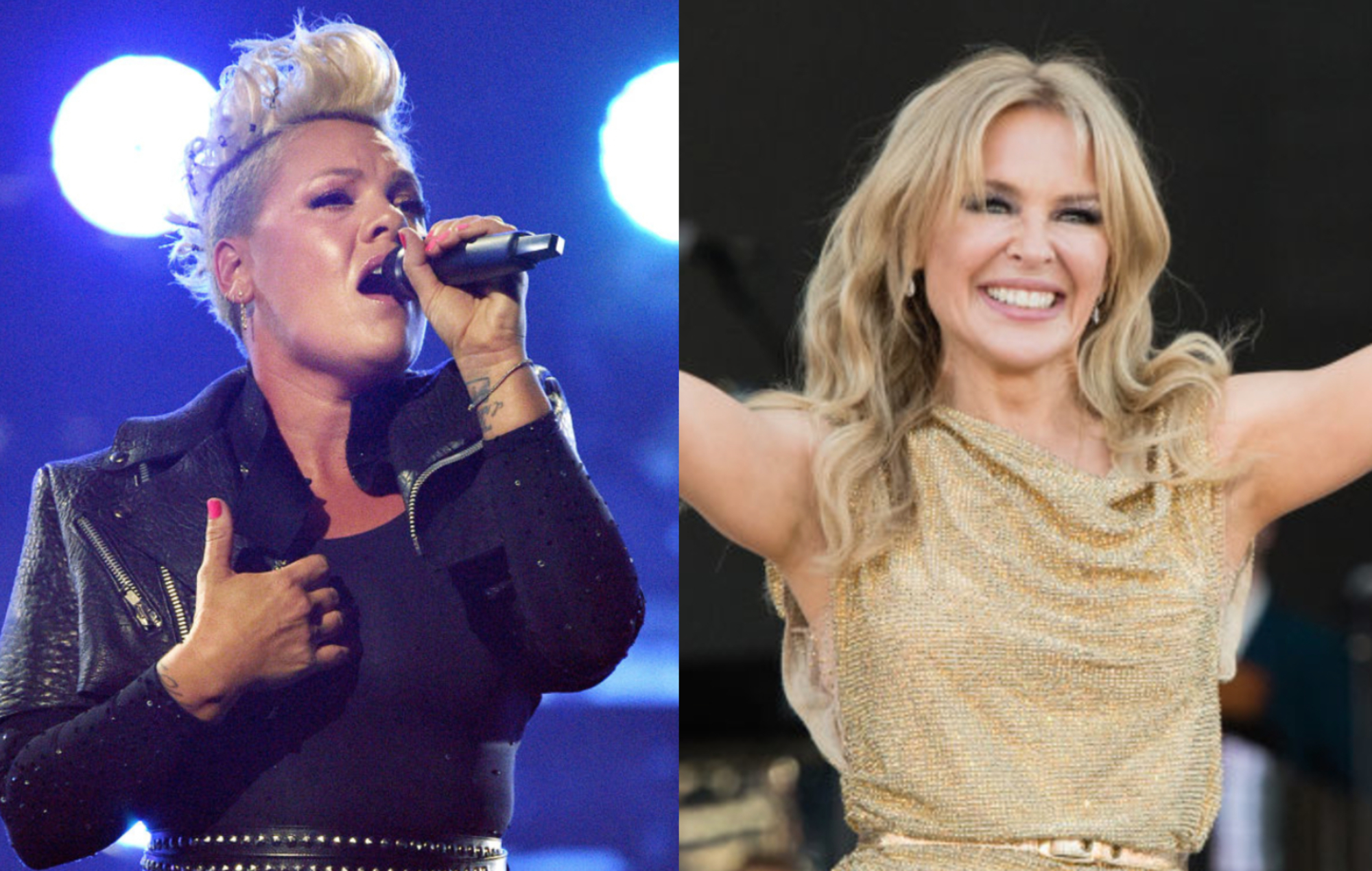 Pink and Kylie Minogue were among the performers who took to the stage at Friday’s (June 4) ‘Can’t Cancel Pride’ relief benefit.

The hour-long stream was put on to help raise visibility and funds for members of the LGBTQ+ community through organisations such as GLAAD, SAGE, National Black Justice Coalition, The Trevor Project, CenterLink and OutRight Action International.

Hosted by Bebe Rexha and iHeartMedia presenter Elvis Duran, ‘Can’t Cancel Pride’ opened with a message from Dolly Parton followed by Troye Sivan kicking things off with a performance of ‘You’ along with Regard and Tate McRae.

Other performances came from Pink, who performed an acoustic rendition of recent single ‘Cover Me In Sunshine’, which originally features her daughter, Willow Sage Hart; Years & Years, who delivered a sunlit performance of ‘Starstruck’ alongside a a quartet of backing singers and a pianist; and Kylie Minogue, whose dazzled with a glittery, gold-laden performance of ‘Dance Floor Darling’.

The show ended with a special message from Elton John which saw him honour JoJo Siwa for being a young trailblazer in the community. She then performed a special rendition of her song ‘Boomerang’.

You can watch the full ‘Can’t Cancel Pride’ benefit below:

If you would like to donate you can by visiting the Can’t Cancel Pride website, by texting the word “RAINBOW” to 56512, or by clicking the blue “donate” button in the YouTube player.

The original version of the single, the first to be released by Years & Years since they became the solo project of frontman Olly Alexander, came out in April.

Speaking about the new version of ‘Starstruck’ (which you can hear below), Alexander said that the chance to collaborate with Minogue on the remix “is quite literally a dream come true”.