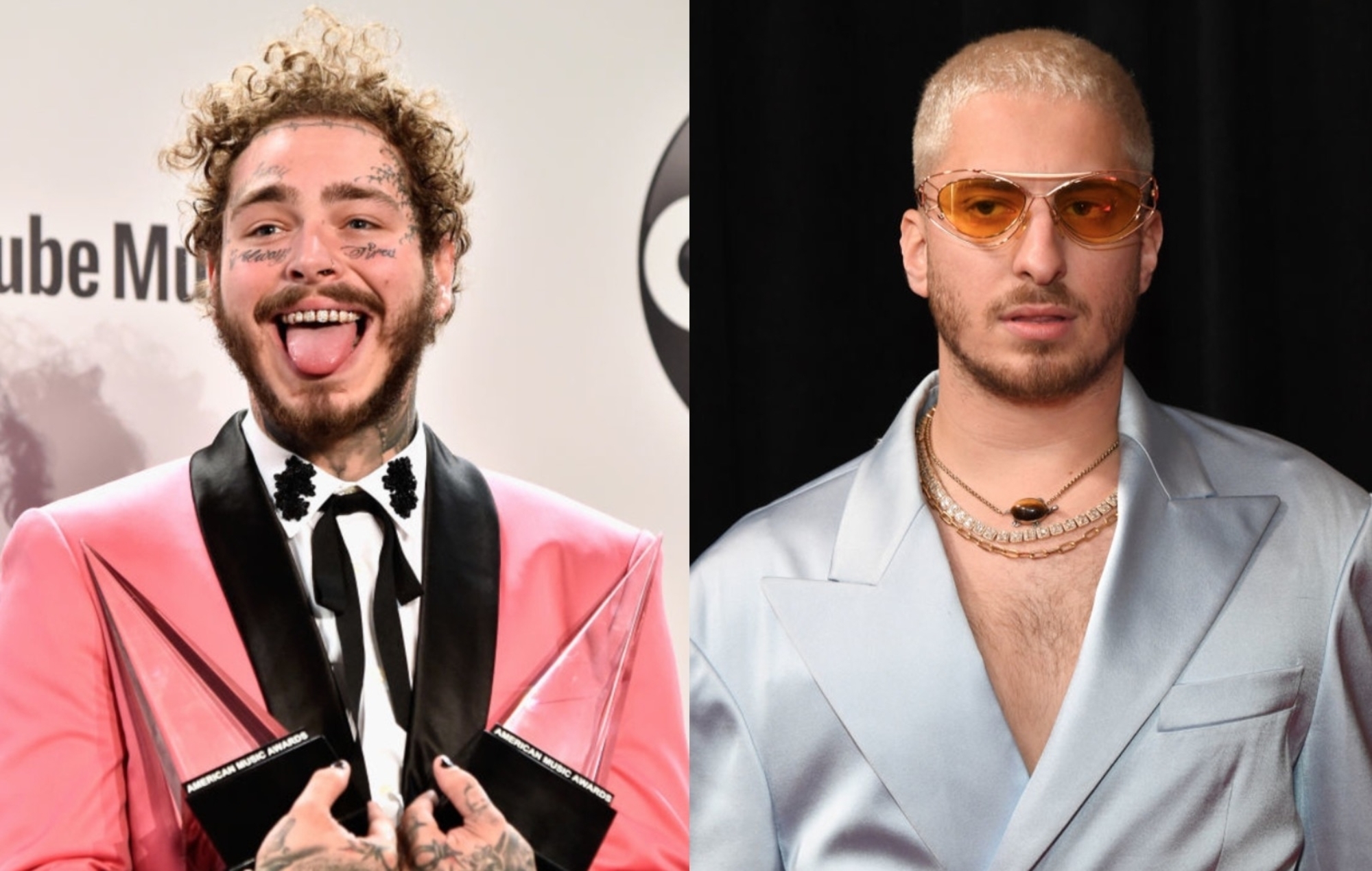 Post Malone has thrown down a guitar challenge to friend and producer Andrew Watt – you can watch it below.

“Hi, my name is Austin Post and I’m better than Andrew Watt at the guitar,” Malone said in an Instagram video, before kicking off the friendly duel. The ‘Hollywood’s Bleeding’ rapper then launched into instrumental guitar favourite ‘Cliffs Of Dover’ by Eric Johnson.

Watt, who besides working with Malone on a number of records also produced Ozzy Osbourne‘s most recent album, ‘Ordinary Man’, responded with a video of his own.

Sitting in front of a bunch of guitar pedals ready to lay down his own signature tune, Watt’s video starts off focused on a black and white photograph of Prince.

“Well, well, well. Austin Post. If you didn’t think I had a rebuttal, let me just remind you of something I wrote not too long ago,” Watt said, before ripping into his own solo from the Osbourne and Malone duet ‘Take What You Want’.

Watch the two go at one another below:

Earlier this month, Post Malone‘s dentist shared an image of the rapper getting a new leg tattoo during his recent check-up.

“Epic work gong down on the legend @postmalone ….. wait for it ………” Connelly wrote alongside one of the images on his Instagram account.

Meanwhile, Malone has discussed his experiences with UFO sightings, going into detail about incidents he claims to have witnessed across the country since he was 16.

Speaking on the Joe Rogan Experience podcast, Malone said his first sighting came as a teenager. “I’ve seen one,” he told Rogan. “I was probably 16. I was in upstate New York and it would just stay there.”