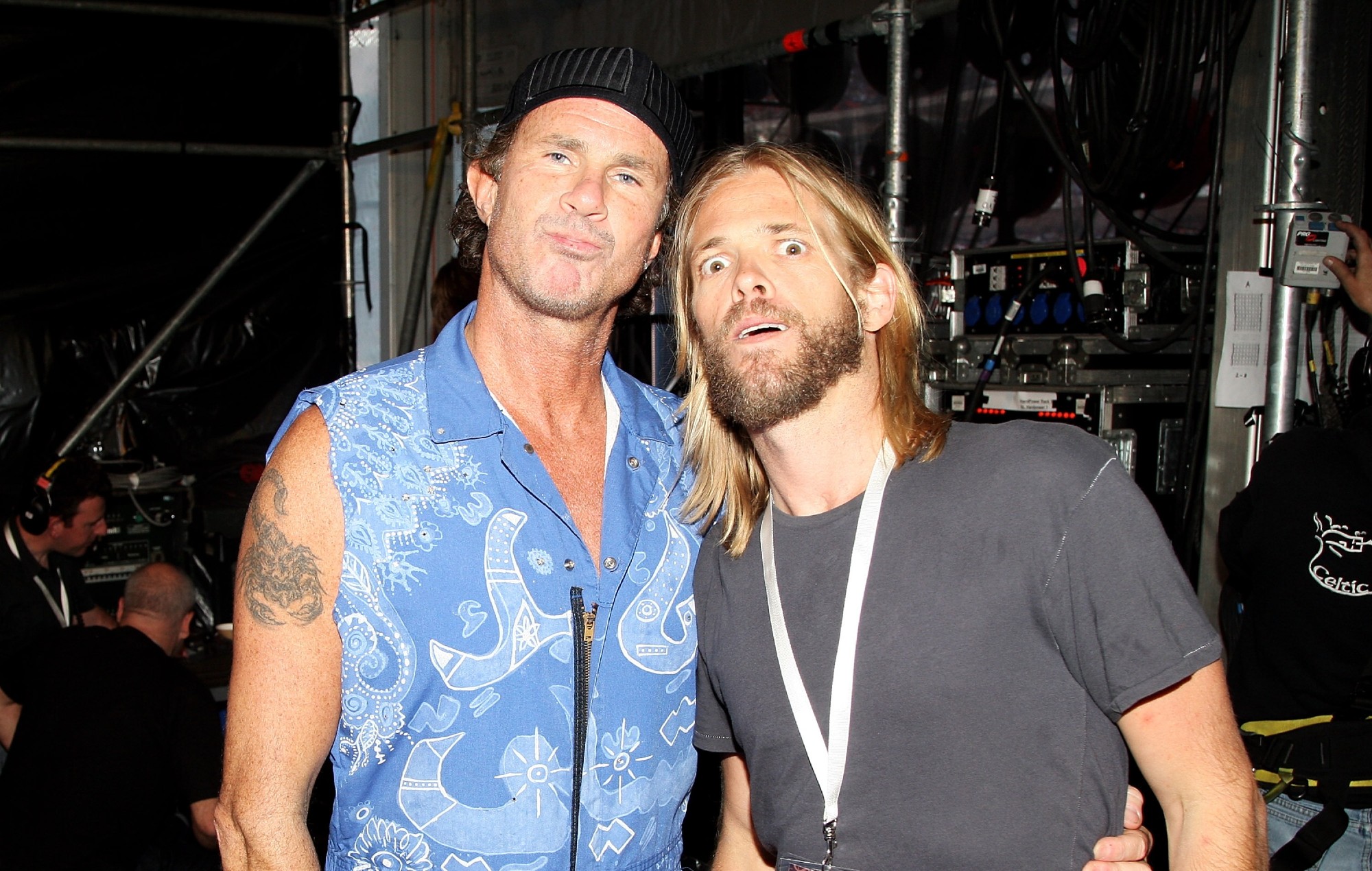 The ‘Unlimited Love’ group stepped in to replace Foo Fighters at the event following the tragic death of their drummer Hawkins on March 25. Dave Grohl and co. subsequently cancelled all of their scheduled dates for 2022.

During their Sunday night headline set at New Orleans Jazz & Heritage Festival, Red Hot Chili Peppers used a drum kit with “Taylor” written on it and at the end of their 17-song set, drummer Chad Smith made a speech dedicating their performance to Hawkins.

“We just found out about this two weeks ago, because Foo Fighters were supposed to play here tonight,” Smith said. “We love Foo Fighters, and we love our brother Taylor Hawkins. This means a lot to us to be able to play for them.”

“The guys in the band are here, they’re supporting. Taylor’s wife Alison and his whole family are here, we love them, we love Taylor,” continued Smith before getting the crowd to chant “we love Taylor.”

Talking about the show beforehand, Smith said the band were had spoken to Hawkins’ wife Alison and that “it’s going to be a celebration.”

Smith continued: “So we’re going to do all that and she’s going to be part of that and I’m very honoured that we can do that with her. We’re going to play our hearts out.”

Foo Fighters supported the Chilis on the latter’s ‘Californication’ tour in 1999, and the two bands have remained friends since.

While receiving RHCP’s star on the Hollywood Walk Of Fame recently, Smith said: “I have to give a shout out to my brother Taylor Hawkins, who I love and we’ll all miss so much.”

Earlier this month, Chad Smith shared a tribute video in which he described Hawkins as “my good buddy, who I’ve known forever”.