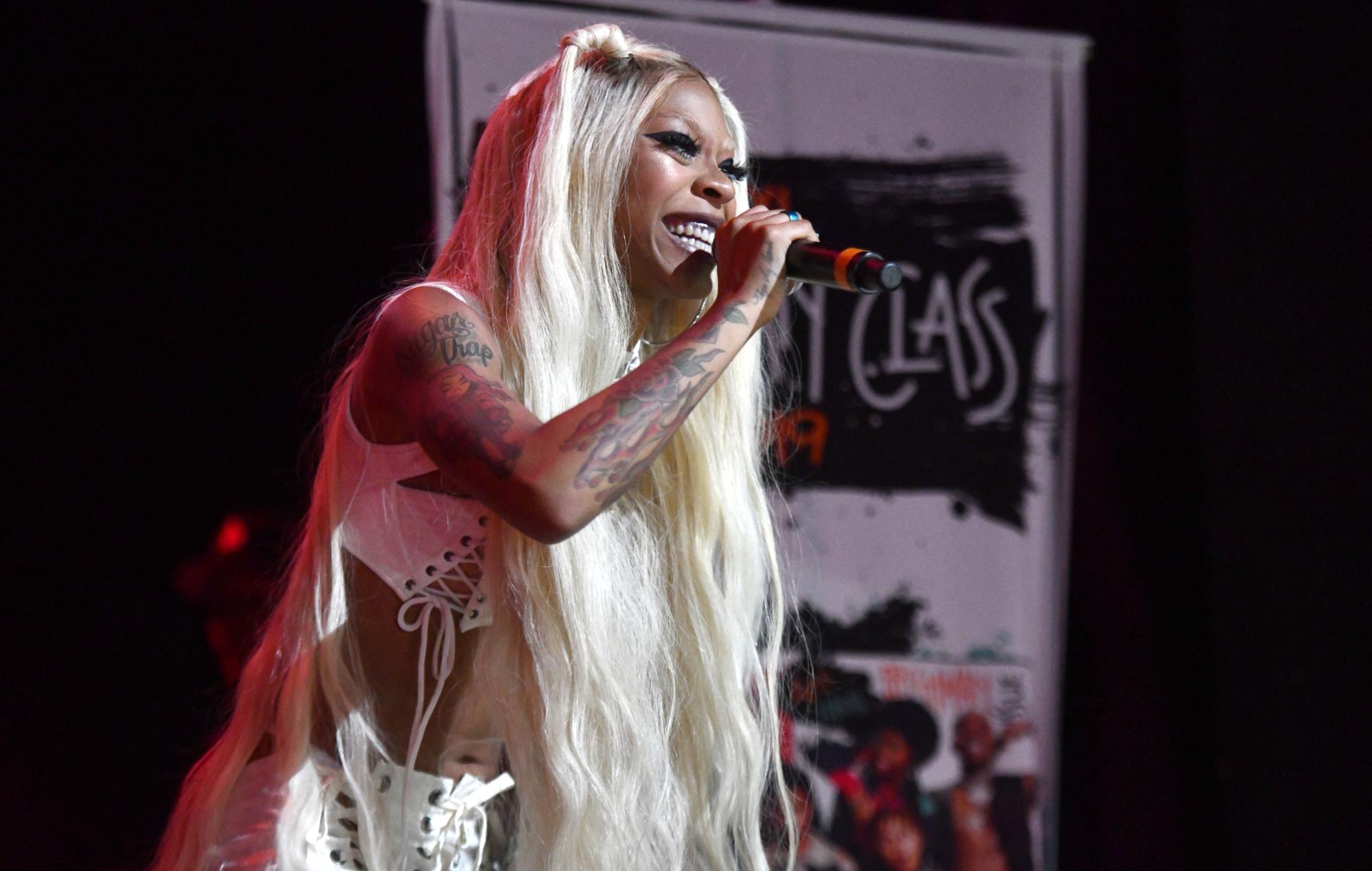 Rico Nasty has shared the music video for ‘Pussy Poppin’, the latest single from her debut album ‘Nightmare Vacation’.

The Emma Westenberg-directed clip uses sexualised Adam and Eve references and reimagines Nasty as something of an anthropomorphised penis amid bold colour saturation. Nasty lives up to the lyrics “This pussy don’t purr/ This pussy’ll bite back” with trippy visuals of an animated mouth rapping from her crotch.

‘Pussy Poppin’ is the latest song taken from Nasty’s debut record, following on from ‘Own It’, ‘Don’t Like Me’, ‘OHFR?‘ and ‘STFU‘, which were released between August and December last year.

The rapper also made her television debut earlier this year with a performance of ‘OHFR?’ on The Tonight Show Starring Jimmy Fallon. Watch the performance here.

NME gave ‘Nightmare Vacation’ a four-star review upon its release in December, writing: “The frenetic Maryland artist will not be restrained by any boundaries – genre, social or otherwise – as this thrilling, wildly charged, star-stuffed debut proves.

“While Nasty’s catalogue has found her focused on pushing to the extremities of self-expression – baking rock, screamo and punk directly into her rap with reckless abandon – with this record she flexes her chops as an artist with mainstream appeal.

“It’s a refreshingly liberating soundtrack to a year that has felt a little like the end of the world.”

‘Nightmare Vacation’ also appeared on NME’s list of the 50 best albums of 2020.