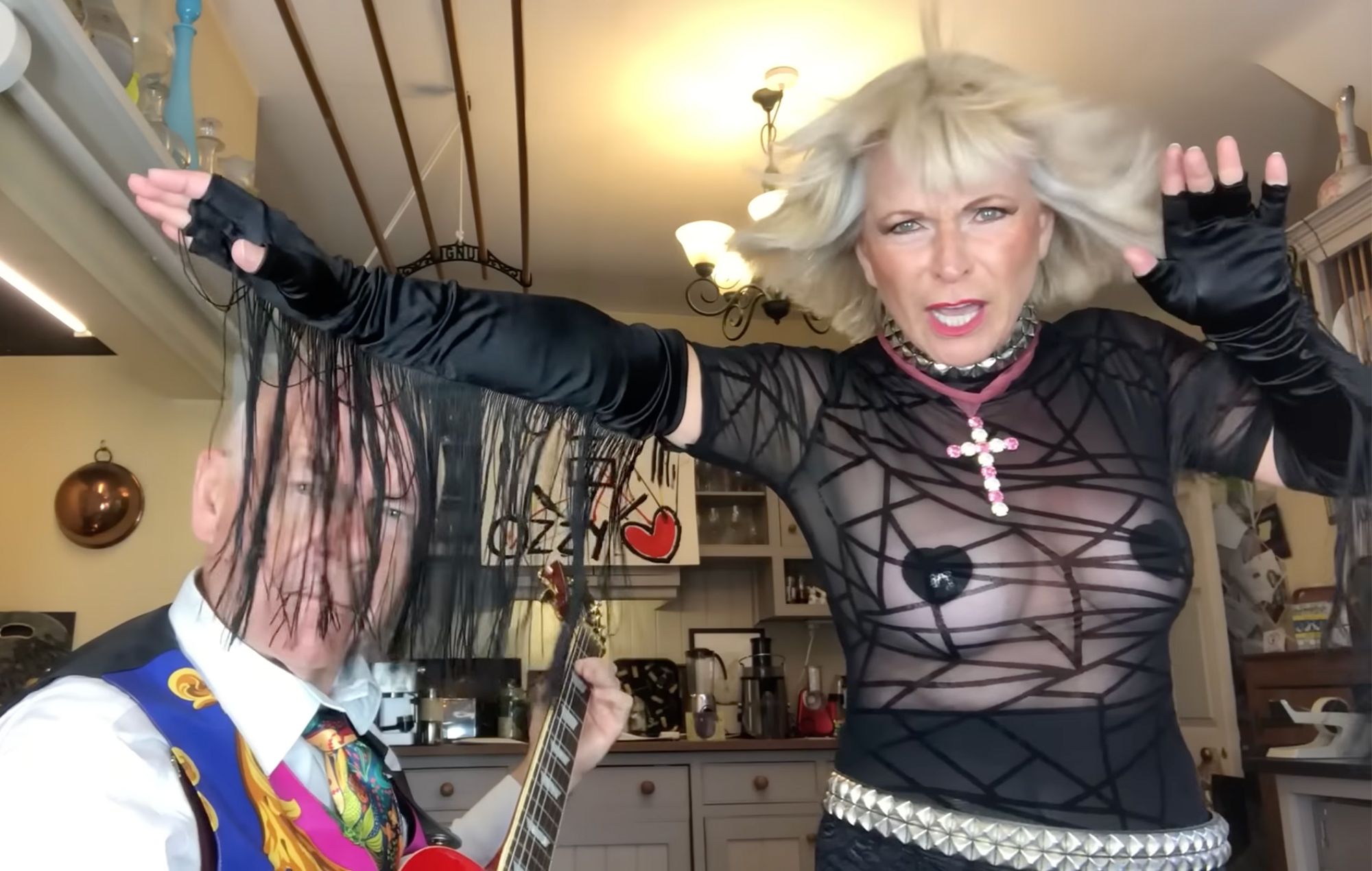 It’s the second time Fripp and Willcox have paid tribute to the Prince Of Darkness – one of their first Sunday Lunch videos, from all the way back in November of 2020, was a cover of Black Sabbath’s ‘Paranoid’. Responding to their take on the 1970 single, Sabbath guitarist Tony Iommi told Heavy Consequence: “I think they’ve gone mad, actually. I think this lockdown has drove them mental.”

The couple’s new cover sees Willcox pay tribute to Osbourne’s aesthetic with a cross necklace and fringe gloves, which she frequently dangles in front of Fripp (much to his annoyance). As Willcox declares at the end of the video: “We love Ozzy!”

Have a look at Fripp and Willcox’s ‘Crazy Train’ cover below:

Fripp and Willcox have been steadily slinging Sunday Lunches since 2020, when they began the series during the COVID-19 pandemic. Recent covers have included Lenny Kravitz‘s ‘Are You Gonna Go My Way’, AC/DC‘s ‘Back In Black’, Rammstein‘s ‘Keine Lust’, Slipknot‘s ‘Psychosocial’ and Billy Idol‘s ‘Rebel Yell’, among many others.

Last year, Willcox told the Guardian that the idea for the series was born from a desire to keep Fripp inspired and entertained while lockdowns kept him from being able to perform. “Here I am in this house with this 74-year-old husband who I really don’t want to live without,” she said. “He was withdrawing, so I thought: ‘I’m going to teach him to dance.’ And it became a challenge.”

June saw the pair announce their intention to take Sunday Lunch on the road, saying: “We are very excited to announce TOYAH AND ROBERT’S SUNDAY LUNCH TOUR [for] 2023.” Venues and dates are yet to be revealed.