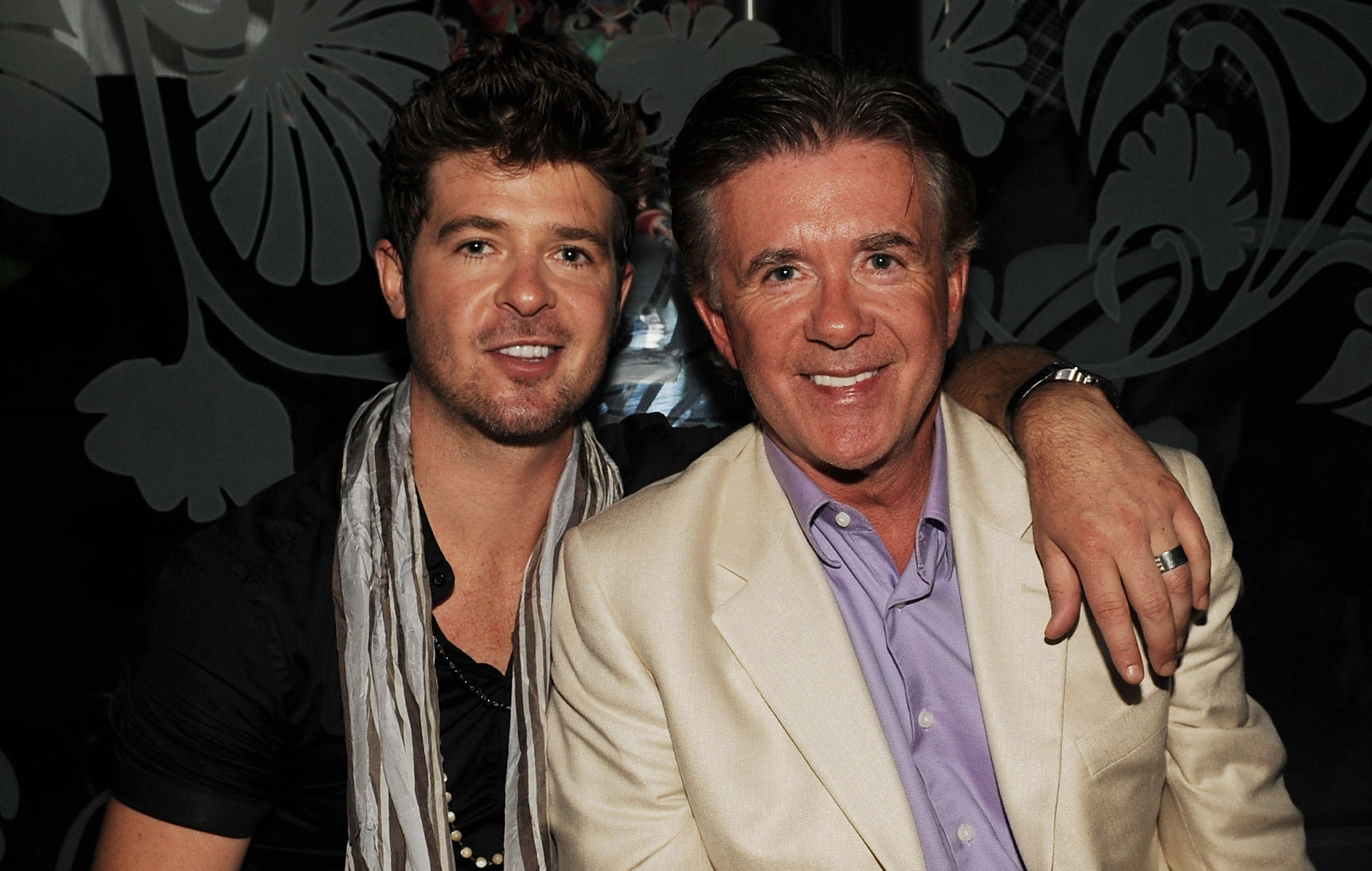 Robin Thicke paid tribute to his late father Alan this week, covering the Growing Pains theme song ‘As Long As We Got Each Other’.

During his appearance on The Masked Singer on Wednesday (October 5), Robin took on a version of ‘As Long As We Got Each Other’ in tribute to his father.

After the performance, the show’s host Nick Cannon said: “Give it up for my man Robin Thicke one more time, with an amazing tribute to America’s dad, and Robin’s dad, the unforgettable Alan Thicke.”

Paying tribute to his father upon news of his death six years ago, Robin him as “the greatest man I ever met” and “always a gentleman’.

“The good thing was that he was beloved and he had closure,” Robin added. “I saw him a few days ago and told him how much I loved and respected him.”

Last year, Emily Ratajkowski accused Robin Thicke of groping her breasts without consent while on the set of 2013’s ‘Blurred Lines’ music video.

An essay about the incident appears in Ratajkowski’s forthcoming book, My Body, and a leaked excerpt appeared in The Sunday Times recently.

In the excerpt, Ratajkowski said she initially had no issue with being nude for the edited and unrated versions of the music video. However, at one point the model claims Thicke “returned to the set a little drunk to shoot just with me”.

“Suddenly, out of nowhere, I felt the coolness and foreignness of a stranger’s hands cupping my bare breasts from behind. I instinctively moved away, looking back at Robin Thicke,” Ratajkowski wrote in the book.

Later, Ratajkowski said she “didn’t want to write” the essay, due to the headlines it would make. Thicke has not publicly shared any comments on the allegations.

Ratajkowski said she did not make the allegations public earlier because she did not want to think about it, and wanted to protect the workplace environment Martel fostered on set with the other models. It was Martel who convinced Ratajkowski – who has previously said she “wasn’t into the idea at all at first” – to join the project.