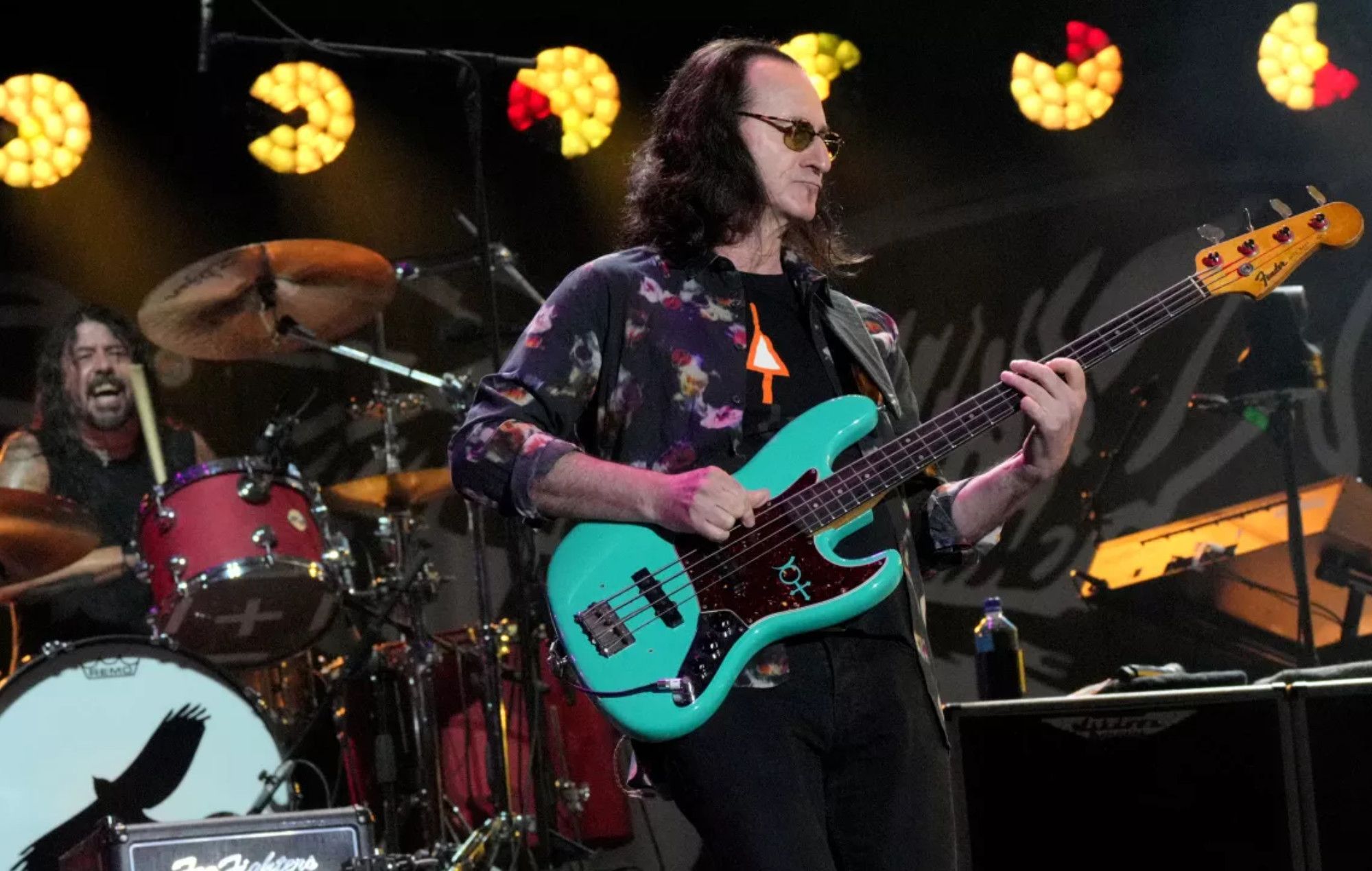 Geddy Lee and Alex Lifeson of Rush took to the stage at the Taylor Hawkins tribute concert over the weekend to perform a slew of the band’s classics – watch below.

The special event in honour of the late Foo Fighters drummer took place on Saturday (September 3) at London’s Wembley Stadium, and was simulcast all on the web, television and streaming platforms.

Introducing Rush to the stage, Foo Fighters frontman Dave Grohl said: “Now if there’s one band that I always associated Taylor Hawkins with, it’s these next two guys.

Grohl then took a place behind the drums – filling the spot for Rush’s late drummer, Neal Peart – joining the Canadian rock outfit for performances of ‘2112 Part I: Overture’ and ‘Working Man’.

From the stage, Lee spoke of the privilege it was for himself and Lifeson to perform in honour of Hawkins at the event. “In 2008, as Dave told you, we got a call from Foos’ management, asking if we’d come to the Toronto show, and show up so that Taylor could play one of his favourite Rush songs with us. We obliged, and that was the beginning of a beautiful friendship.”

Drummer Omar Hakim then joined the pair on stage to deliver the classic instrumental number ‘YYZ’.

Grohl and Hawkins’ Foo Fighters bandmates opened the event with a stirring speech that paid tribute to their late drummer. “No one else could make you smile, or laugh, or dance, or sing like he could,” Grohl said.

Later, Grohl’s 16-year-old daughter, Violet, covered two Jeff Buckley songs in tribute to Hawkins, backed by her father on drums, Queens Of The Stone Age and Them Crooked Vultures‘ Alain Johannes, guitarist Jason Falkner and Jane’s Addiction’s Chris Chaney. Violet performed ‘Last Goodbye’ and ‘Grace’, following an introduction by her father, who called her “the only person I know who can actually sing a Jeff Buckley song”.

Elsewhere in the show, Metallica’s Lars Ulrich and AC/DC’s Brian Johnson joined forces to perform a pair of the latter band’s hits – ‘Back In Black’ and ‘Let There Be Rock’ – following Violet’s return to cover The Zutons’ ‘Valerie’ with Ronson, The Living End’s Chris Cheney and Falkner.

Queen’s Brian May and Roger Taylor also took to the stage alongside Foo Fighters to perform five songs – ‘We Will Rock You’, ‘I’m In Love With My Car’, ‘Under Pressure’, ‘Somebody To Love’ and an acoustic rendition of ‘Love Of My Life’.

Helmed by Joe Walsh, James Gang reunited on stage for the first time in 16 years, performing ‘Walk Away’, a medley of ‘The Bomber: Closet Queen/Bolero/Cast Your Fate to the Wind’ and ‘Funk #49’, joined for the latter by Grohl on drums.

Foo Fighters closed out the night with a star-studded set that featured a revolving cast of drummers, including Barker, Nandi Bushell, and 16-year-old Shane Hawkins. Paul McCartney also joined the group on stage, delivering a performance of two Beatles songs.

Hawkins, who drummed with Foo Fighters from 1997 alongside performing in bands like Chevy Metal and Taylor Hawkins And The Coattail Riders, died in March 2022, aged 50.