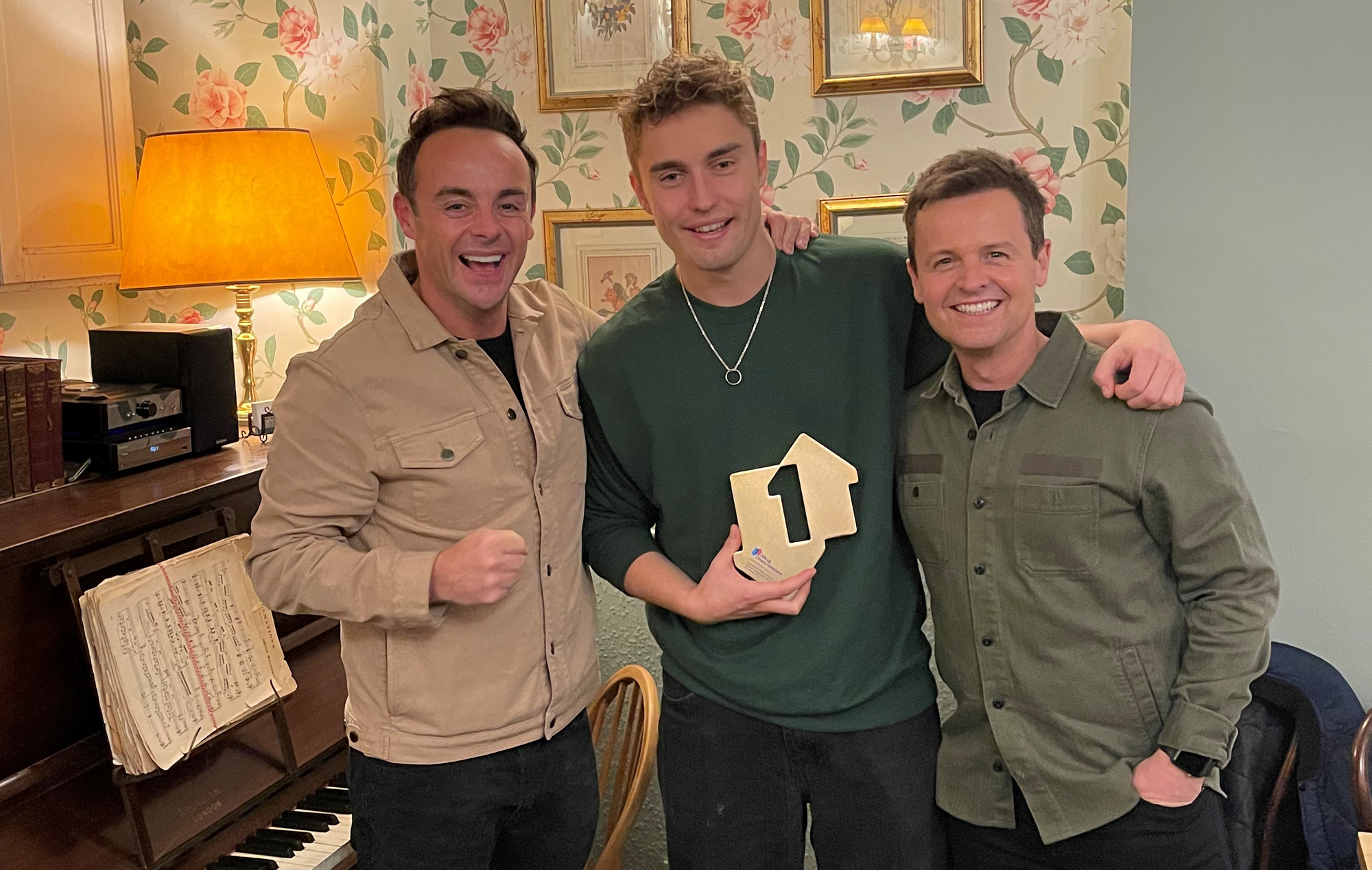 Appearing as a surprise guest for the ‘End Of The Show Show’ segment of the pair’s ITV show, Fender performed his hit single ‘Seventeen Going Under’ before ending the show with a cover of Mark Knopfler‘s ‘Local Hero’, which has become an anthem in the North East.

Along with footage of the ‘Seventeen Going Under’ performance, which saw Fender and his band performing in the dark before Ant and Dec comically plugged the lights in half way through, video has been shared of Dec cheering Fender’s drummer through a solo to end the ‘Local Hero’ rendition.

Check out the videos below.

Following the performance, fans have been sharing their love for Fender and his performance of ‘Local Hero’ online.

“Not an Ant and Dec fan but seeing Sam Fender play local hero tonight and sending Mackem land into melt down,” one wrote. See a range of reactions below.

As a Geordie, you have to love Sam Fender partying with Ant and Dec as his band plays Local Hero to close out #SaturdayNightTakeaway #nufc

Fantastic Ant and Dec show tonight ending with Sam Fender and his band playing Local Hero .So proud to be a Geordie #NUFC pic.twitter.com/RNItn3HCzZ

Sam Fender has a storied history with Ant and Dec, fellow heroes of their home city of Newcastle. Back in 2019, Fender celebrated Ant and Dec following him on Twitter by recreating the pair’s iconic ‘paint in the eyes’ sketch as PJ and Duncan with his friends and bandmates.

Ant and Dec also presented Fender with his trophy when his second studio LP, ‘Seventeen Going Under’, hit Number One in the UK charts. For his first Number One, he celebrated at the time with his other local hero, former Newcastle football player Alan Shearer.

At the show, Fender performed ‘Seventeen Going Under’ and picked up the award for Best Album In The World and Best Album By A UK Artist.

In an iconic backstage interview after picking up the award, Fender and his band did their best Limmy impressions (getting the thumbs up from the man himself) before the singer shared his thoughts on winning Best Album In The World.

“I mean it’s a bit too far, that, really. It’s not the best album in the world: it was a good ‘un!” he replied. “Preferably, I thought Little Simz was a little bit better, to be honest, quite frankly so. She should have had the award. But! We’re here anyway, and we’ll take it. Thank you very much!”

Watch the full interview with Fender and his bandmates below.

Check back on NME.com for the latest news, interviews, winners and more from the BandLab NME Awards 2022.

This week, Fender announced an outdoor headline show in Yorkshire – he will perform at the Scarborough Open Air Theatre on Friday, May 27 as part of his 2022 UK tour, which kicks off in Nottingham later this month (March 20).