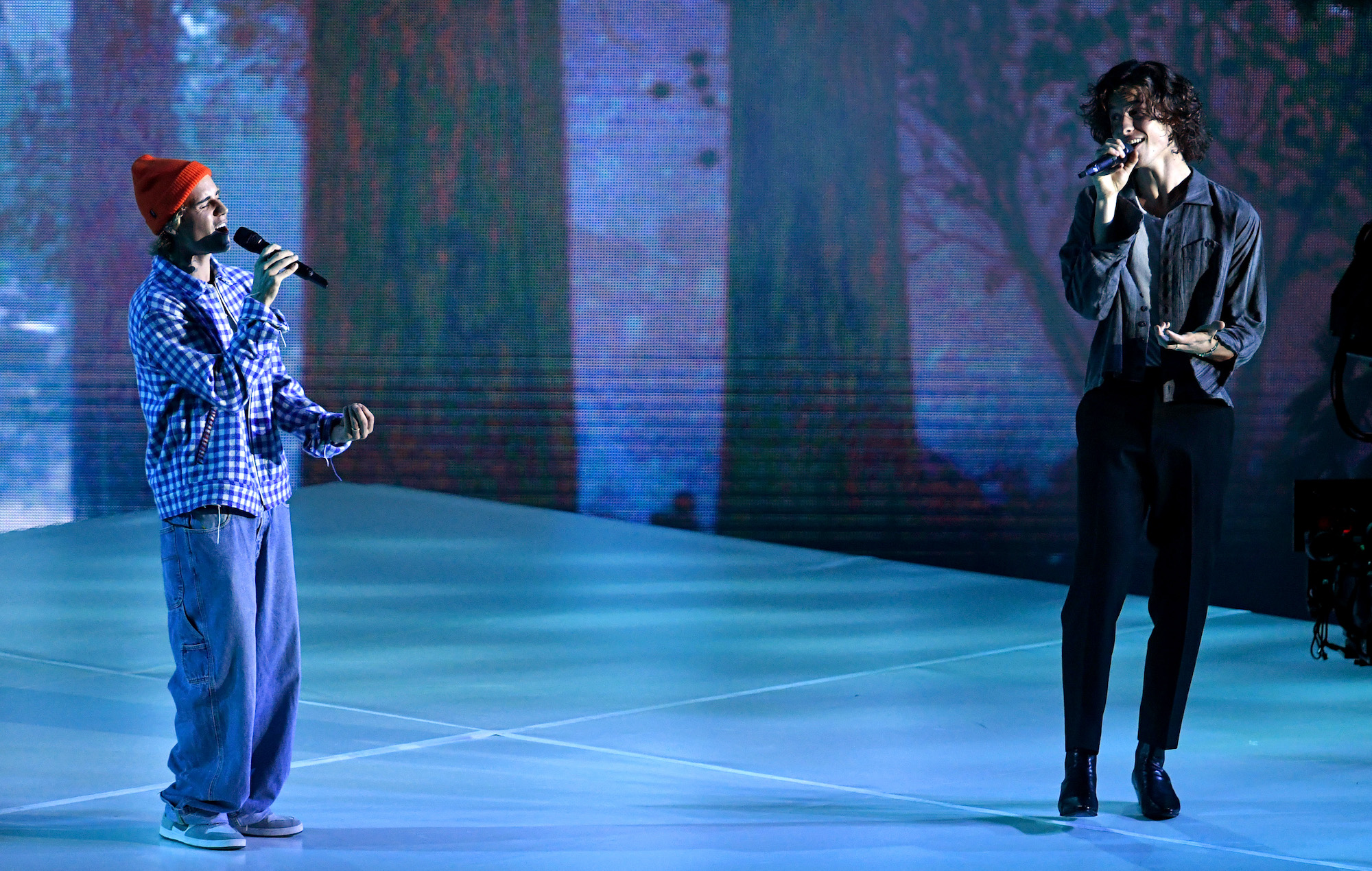 Shawn Mendes has taken to TikTok to share an a capella cover of Justin Bieber‘s recent single ‘Peaches’ – watch the version below.

‘Peaches’ is the latest single to be taken from Bieber’s latest album ‘Justice’, which came out last month.

Mendes’ new version is a 20-second cover, performed completely a capella. The pair recently collaborated on ‘Monster’, a track from Mendes’ 2020 album ‘Wonder’.

Watch the new TikTok cover of ‘Peaches’ below.

Justin Bieber released new album ‘Justice’ last month to critical acclaim. A four-star NME review said: “‘Justice’ is Bieber’s redemption song, and a more fitting follow-up to ‘Purpose’. Armed with a newfound optimism borne from a dark place, he understands he’s better when he’s tapping into his own experiences, projecting relatable human emotion and working out why he’s here.

“He’s singing about the things he cares about: his wife, his mental health, social injustice and so much more besides. With bangers, ballads and heartfelt moments, the hopeless romantic with a penchant for self reflection and tackling world issues is back. Beliebers rejoice!”


The pop star then recently had to respond to the backlash he received over the inclusion of samples of Dr. Martin Luther King Jr. on the new album.

The record includes the track ‘MLK Interlude’, which features audio of the civil rights leader delivering the sermon ‘But If Not’ at the Ebenezer Baptist Church in Atlanta, Georgia in April 1967. Dr. King’s voice is also sampled on the opening track ‘2 Much’, and he is posthumously credited as a songwriter on the two tracks.

Bieber initially faced a wave of criticism for the Dr. King samples, with Rolling Stone calling them “a jarring musical misstep” and Insider deriding the singer’s use of Dr. King’s speeches as “performative”.

Speaking to fans on the Clubhouse app, Bieber said: “I’m not trying to make a connection between me and Martin Luther King Jr. That’s why I never try to talk about social injustice or I didn’t want to be the one to talk about it because I just have so much more learning to do. But I have this man who was ready to die and what he believed to be true.”