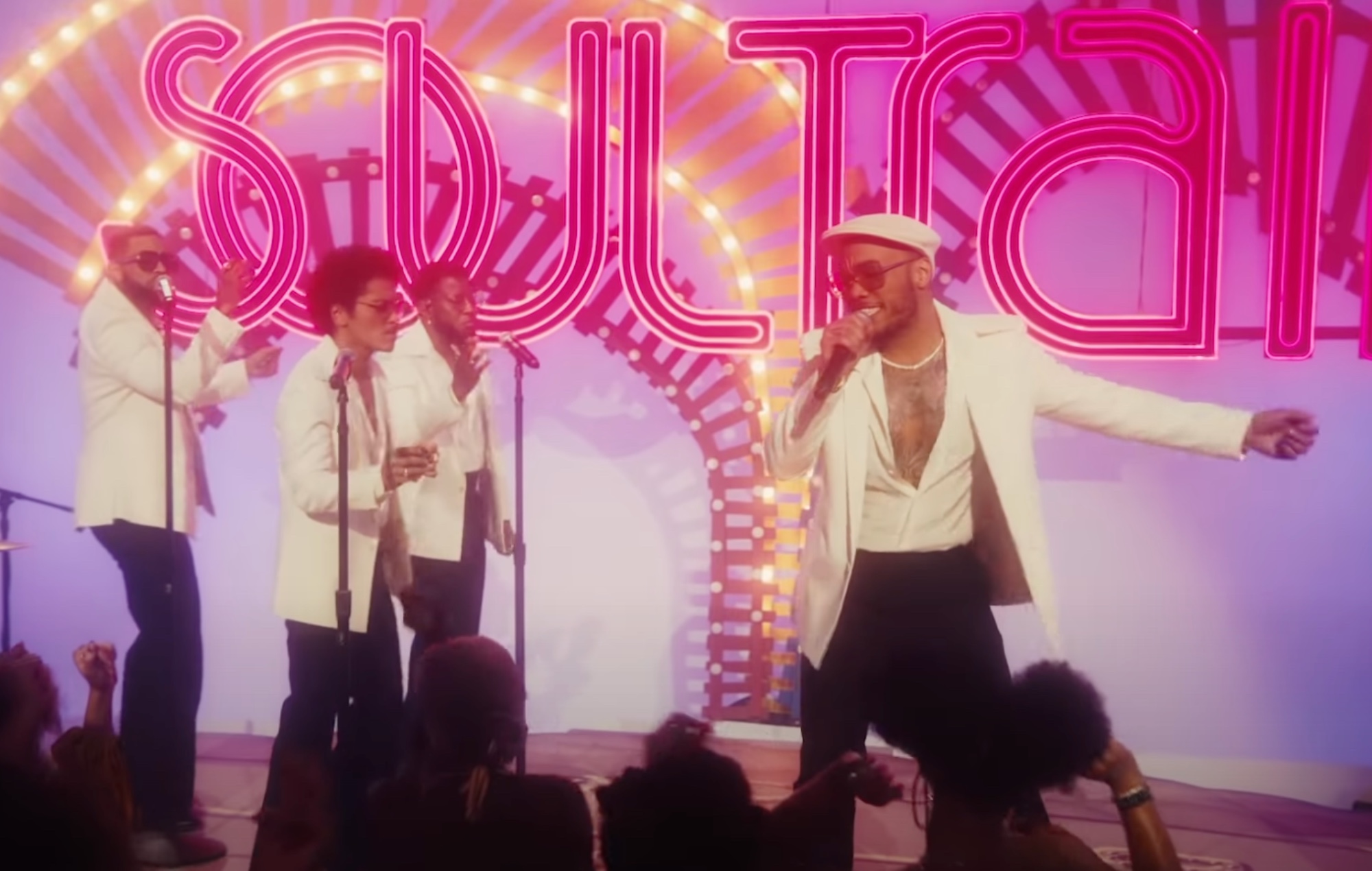 Bruno Mars and Anderson .Paak have continued riding the wave of their collaborative album ‘An Evening With Silk Sonic’ with new grin-inducing performances of ‘Fly As Me’ and ‘Smokin’ Out The Window’.

This marks the latest of a string of live appearances the pair have made over the course of the album’s cycle, with Silk Sonic previously taking ‘Smokin’ Out The Window’ to the stage for last week’s American Music Awards.

Watch both performances at the 2021 BET Soul Train Awards below.

The duo made their live debut earlier this year at the 2021 Grammys with ‘Leave The Door Open’, before going on to perform at the iHeartRadio Music Awards.

Their inaugural collaborative album ‘An Evening With Silk Sonic’ was originally slated for release in January 2022, however, it arrived ahead of schedule on November 12.

“Mars and .Paak’s deliberate approach to pastiche is consistently validated by their extreme attention to detail, meaning that their debut album, ‘An Evening With Silk Sonic’, is far from a two-man recreation of a specific era,” Williams writes.

This month also saw the launch of Anderson .Paak’s own record label, APESHIT INC. The LA-based label is an imprint of UMG and will focus on working with and signing “a new generation of artists, who can play while performing.”