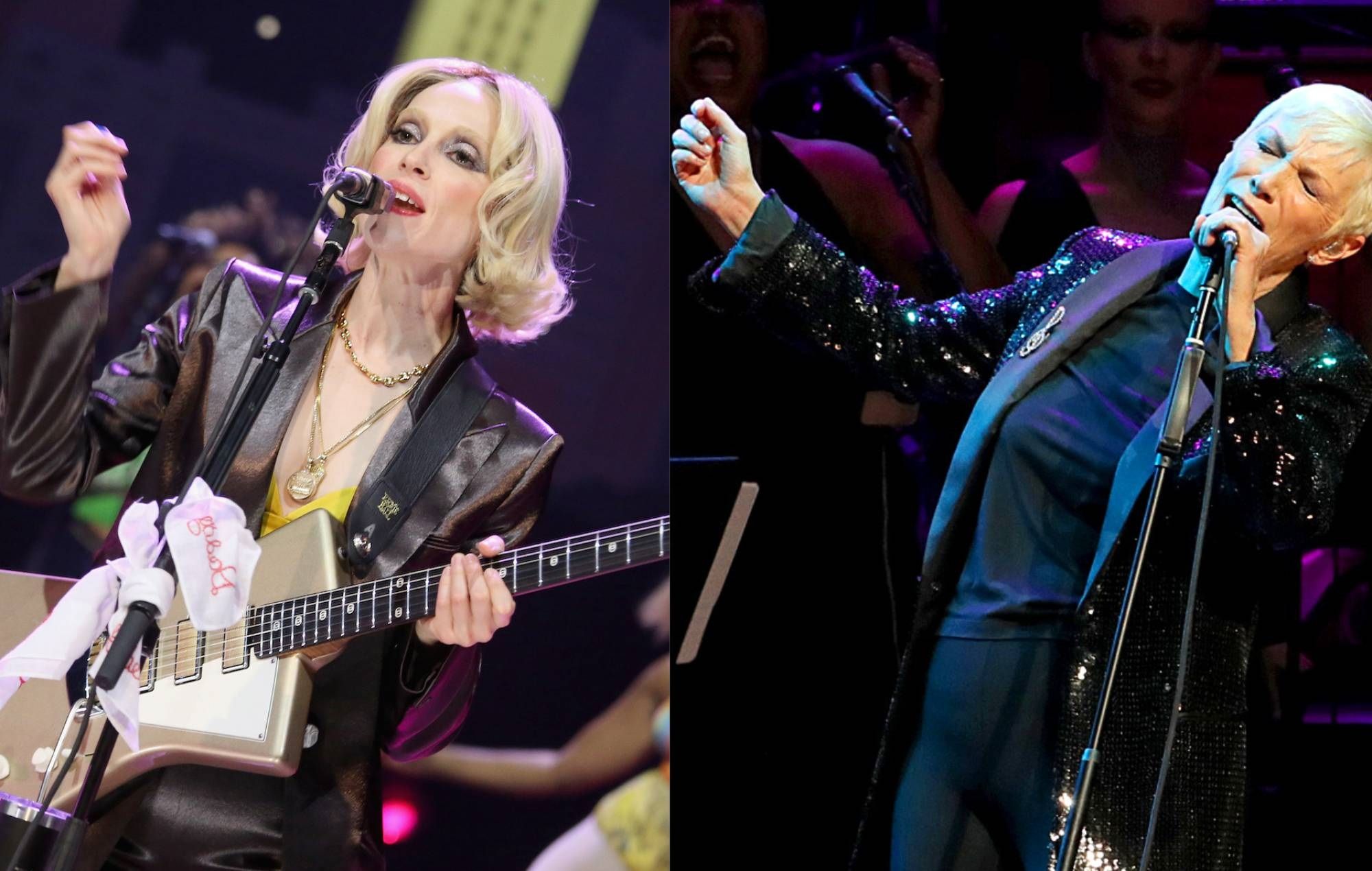 Watch St. Vincent cover Eurythmics’ ‘Sweet Dreams (Are Made Of This)’ at the Songwriters Hall of Fame 2022

St. Vincent covered Eurythmics‘ classic hit ‘Sweet Dreams (Are Made Of This)’ at the Songwriters Hall of Fame 2022 ceremony last night (June 16).

The singer-songwriter kicked off the ceremony with her rendition of the track, footage of which you can view below, ahead of the band’s induction at the Marriott Marquis hotel in New York.

She later came to the podium to recount the time she first caught a glimpse of the band – featuring Annie Lennox and Dave Stewart – on MTV when a “beautiful, orange-haired androgynous creature appeared wearing a suit and tie.”

The Eurythmics then reunited for a rendition of ‘Here Comes The Rain Again’.

[email protected]_vincent covering “sweet dreams are made of this” in homage to Eurythmics – songwriters hall of fame is back! pic.twitter.com/DeuK47F6OR

Other inductees on the night included Mariah Carey, Lil Nas X, The Neptunes, Steve Miller and The Isley Brothers. Songwriters are eligible for induction after writing hit songs for at least 20 years.

The honourees – voted on by more than 1000 artists, historians and music industry professionals – each “had a profound impact on the sound of youth culture and helped change the course of rock ’n’ roll,” said John Sykes, the chairman of the Rock Hall, in a statement.

Elsewhere, St. Vincent recently shared her contribution to the soundtrack for Minions: The Rise Of Gru – a trippy and tantalising cover of Lipps Inc’s 1979 hit ‘Funkytown’.