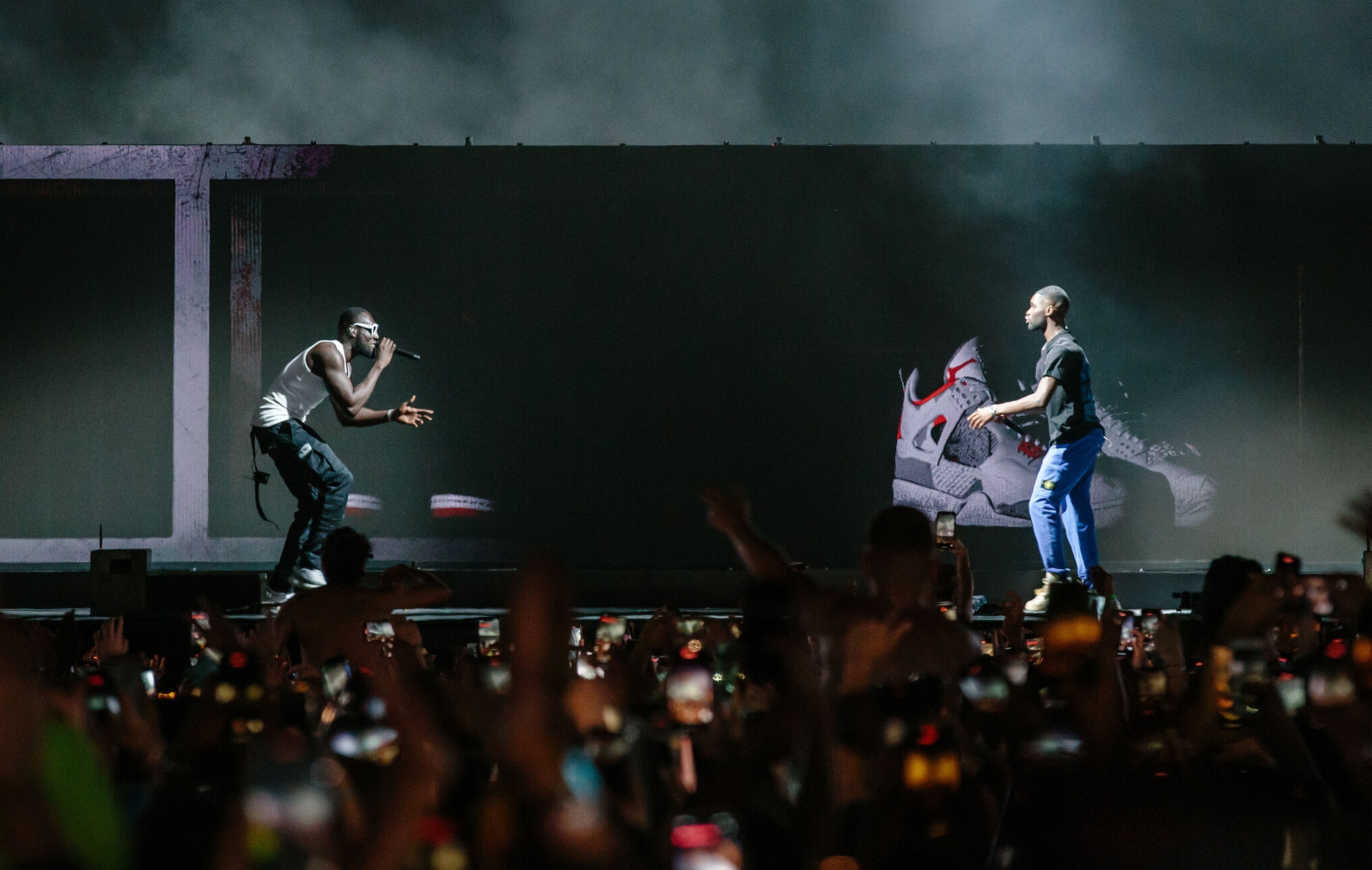 Dave’s set, which marked the first time he’s ever headlined a major festival, saw him deliver tracks from across his two acclaimed studio albums, ‘Psychodrama’ and ‘We’re All Alone In This Together’.

For the finale of his set, Dave brought out Stormzy for a performance of their recent collaboration, ‘Clash’, which saw the pair deliver an energetic performance right before the festival let off its main stage firework display.

Parklife co-founder Sacha Lord – who is also Night Time Economy Adviser for Greater Manchester – captured the performance and shared it social media. You can watch it below.

To end day 1 ⁦@Parklifefest⁩, Dave has just brought out Stormzy as a surprise.

There was another special guest appearance at Parklife earlier in the day, when Burna Boy brought out Manchester United footballer Paul Pogba.

The 2018 World Cup winner, who arrived fresh off Manchester United’s 4-1 victory over Newcastle, joined the Nigerian rapper for his set on the festival’s main stage.

Burna Boy had been at Old Trafford earlier in the day watching Pogba and the pair traded places shortly after the victory, with the midfielder clearly enjoying himself as he danced on stage at Heaton Park.


Earlier this month, Dave confirmed that he’ll be hitting the road next year for his biggest UK and Ireland tour to date.

Following the release of his second album, ‘We’re All Alone In This Together’, the rapper has announced a massive arena tour, which is set to kick off in Nottingham on February 15, 2022 and end in Dublin at 3Arena on March 3.

Other stops on the tour will include Birmingham, Leeds, Cardiff, Manchester, Newcastle, Bournemouth, Liverpool and Glasgow.