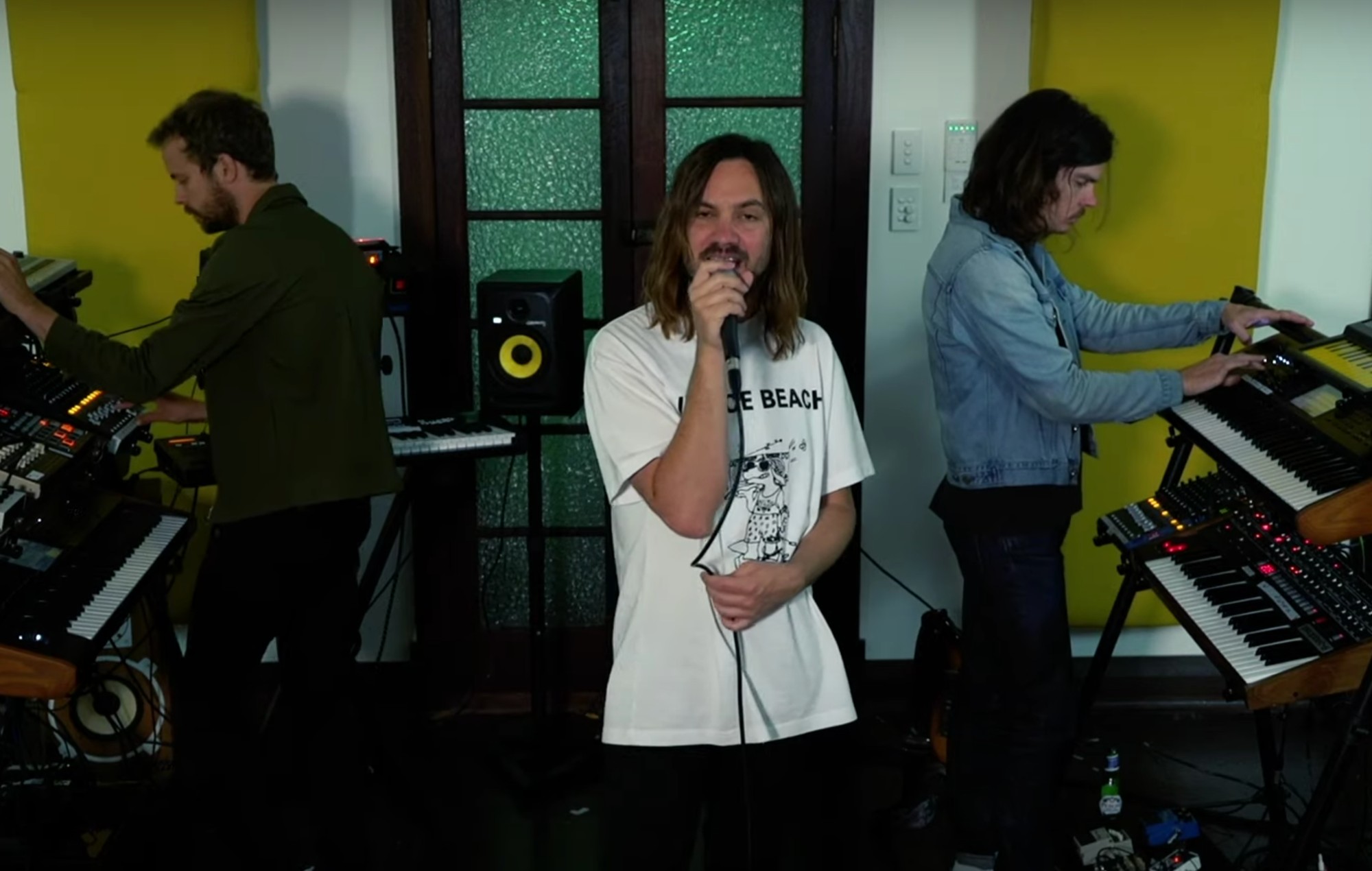 Tame Impala have delivered a stirring cover of Nelly Furtado‘s 2006 hit ‘Say It Right’ in a special performance for BBC Radio 1.

Host Annie Mac confirmed the band’s appearance on the show earlier today (November 12), revealing that Kevin Parker and co. had recorded an entire live set from their hometown of Perth, Australia.

The cover was a nice surprise from the band, closing out a three-song setlist which also included ‘The Slow Rush‘ tracks ‘Is It True’ and ‘Breathe Deeper’.

‘Say It Right’, produced by Furtado’s frequent collaborator Timbaland, appeared on her seminal third album, ‘Loose’. The song was nominated for a Grammy in 2008 for ‘Best Female Pop Vocal Performance’, losing to Amy Winehouse’s ‘Rehab’.

This is just the latest performance Tame Impala have delivered from home during the coronavirus pandemic. Last month, they took to an empty Perth stadium to perform their classic ‘Elephant’ as well as ‘Is It True’ in collaboration with FIFA 21 – the latter appearing on the game’s soundtrack.

In addition, Tame Impala also offered a new visual for their 2012 track, ‘Why Won’t They Talk To Me?’, which initially appeared on their second album ‘Lonerism’.